You wait either for a Mars helicopter or a 5G AI drone, and then they both come along at once. It helps slightly that the same company is behind both. And that Qualcomm's work on Ingenuity, a small helicopter now currently operating on Mars, has conveniently helped power what it calls the world's first 5G AI drone platform. 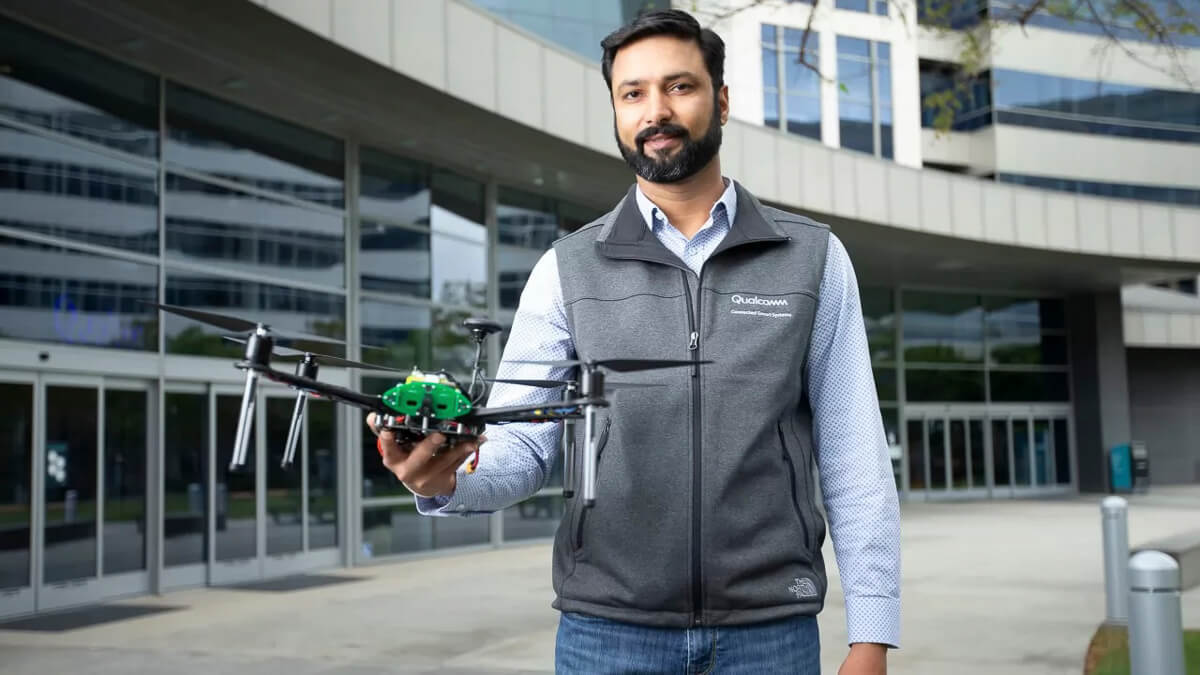 The San Diego-based chipmaker threw itself into drones in 2015, then ventured into robotics in 2019. Last year it combined the two in its RB5 platform. Chad Sweet's ModalAI, which in 2018 spun out of Qualcomm, will manufacture and distribute the drone platform, and says the first development kits will ship in the last three months of this year. Qualcomm, which already commands a huge lead in the smartphone industry, is hoping its Snapdragon chipsets can be the silicon that pushes 5G into a wider range of other devices.

Qualcomm clearly thinks drones will be an important future part of real estate in both the internet of things and edge computing. With dry summers and wildfires across the world, it's especially pitching the use case of drones to predict the future path of wildfires in local areas.

They can couple onboard deep learning with information about heat intensity, wind speed, and vulnerable areas from LIDAR and FLIR cameras, says Qualcomm. The company has made a series of drone platforms since its first, Qualcomm Flight, in 2018.

The AI bit, which is powered by Qualcomm's Snapdragon 865 boosted by its Hexagon Tensor Accelerator, is necessary to get regulators' permission for autonomous flight outside pilots' line of sight. It could have extra uses, too, in processing data from cameras and other sensors placed on the drones. Meanwhile, the networking can help enable drone swarms and drone-to-drone communications.

In turn, Qualcomm hopes these connectivity improvements will help the drones, which are powered by their chips, fly off the shelves when it comes to things like goods-delivery, aerial light displays, and military applications. Cristiano Amon's company​​ has so far been working with Verizon on the drone's network testing phases. His company says it expects the drone platform will be offered on the Verizon Thingspace Marketplace.

It takes perseverance and ingenuity

Nasa's Ingenuity helicopter in April completed the first powered aircraft flight on a planet other than earth, and has so far made 12 successful flights. All of these autonomous flights were controlled by a Snapdragon 801 processor.

The company's presentation on Snapdragon-powered drones at the 2014 CES caught the attention of Nasa's Jet Propulsion Laboratory  which was trying to prove that flying a helicopter on Mars could be a viable idea.

An extra development that came out of this collaboration was a second chip for the Ingenuity, an automotive-grade microcontroller which would handle navigating and running the helicopter motors. Meanwhile the Snapdragon processed 500 readings a second of images, guidance, and flight data.

So as it happens, Ingenuity now appears to have been a test run for the Qualcomm Flight RB5 5G Platform. If it works, it's a real bit of ingenuity indeed.