Microsoft has developed a tool it claims can detect deepfakes  images and video created by artificial intelligence (AI) software that are so lifelike it can be almost impossible to detect the fraud.

While the tech giant is unlikely to be worried about tweens gender swapping on Snapchat  deepfakes can also used to spread fake news. 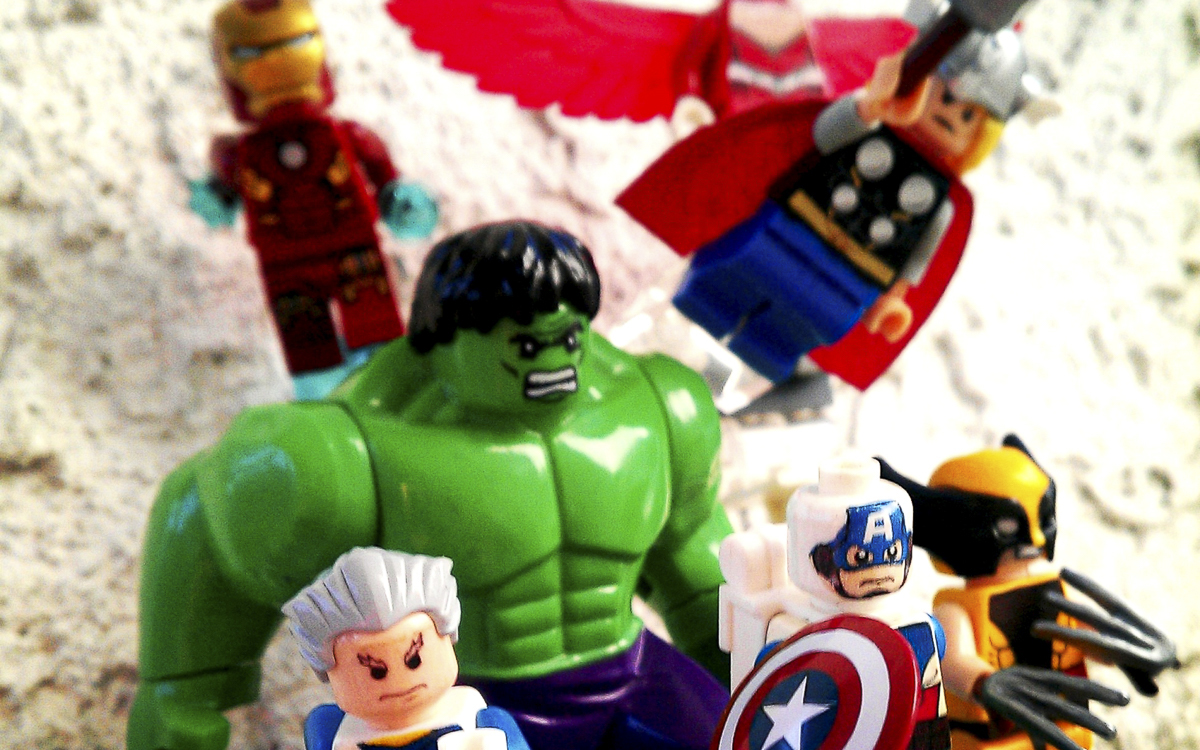 Avengers assemble: Microsoft is leading a group of unlikely superheros in the fight against fake news.
(Source: 1upLego on Flickr CC 2.0)

This is doubly important in a year where President Trump and his campaign team seem bent on blaming everyone but themselves for his poor approval ratings, and haveadmitted tampering with the US Postal Service to disrupt mail-in ballots.

Social networks, in particular, are under pressure to do something about the tide of disinformation and conspiracy theory that is rife online at the moment.

In the telecom industry, muting conspiracy theories linking COVID-19 with 5G, and 5G lunacy in general, have led the misinformed to set fire to phone masts  including one serving Birmingham's Nightingale Hospital in the UK.

Fake it till you make it "There is no question that disinformation is widespread," writes Tom Burt, corporate vice president of customer security and trust and Eric Horvitz, chief scientific officer in a blog post on Microsoft's site.

"These campaigns, carried out on social media, sought to defame notable people, persuade the public or polarize debates. While 26% of these campaigns targeted the US, other countries targeted include Armenia, Australia, Brazil, Canada, France, Germany, the Netherlands, Poland, Saudi Arabia, South Africa, Taiwan, Ukraine, the United Kingdom and Yemen."

The report found that 93% of these campaigns included the creation of original content, 86% amplified pre-existing content and 74% distorted objectively verifiable facts.

Disinformation that has gone viral about the COVID-19 pandemic has led to hundreds of deaths according to the BBC.

Now you see it: Video Authenticator analyses millions of data points to detect deepfakes that can't be caught by the naked eye.
(Source: Microsoft)

Mobile platforms are particularly susceptible to this sort of disinformation. Small screens and sometimes limited audio capabilities make it easier to fool people using smartphones to access the Internet  and mobile now makes up the majority of web traffic.

This leaves network operators, handset makers, app developers, as well as both Apple and Google and their respective app stores, on the firing line from consumers who may be confused about what to believe online.

"They could appear to make people say things they didn't or to be places they weren't, and the fact that they're generated by AI that can continue to learn makes it inevitable that they will beat conventional detection technology," says the Microsoft blog post.

"However, in the short run, such as the upcoming US election, advanced detection technologies can be a useful tool to help discerning users identify deepfakes."

There's an app for that The tool  called Video Authenticator  analyzes stills and video and comes up with a percentage likelihood that what you're looking at is a cleverly created fake.

With video, it can break it down frame by frame in real time.

"It works by detecting the blending boundary of the deepfake and subtle fading or greyscale elements that might not be detectable by the human eye," Microsoft's researchers wrote.

Video Authenticator was created using a public dataset from Face Forensic++ and was tested on the DeepFake Detection Challenge Dataset, models for training and testing deepfake detection technologies.

Recent examples are (multiple) videos of US presidential hopeful Joe Biden (many of which appear to have originated from the Trump administration or the GOP), and the UK's leader of the opposition, Keir Starmer.

When it comes to state actors in the fake news Olympics, Russia is as always in notional Gold position, with China, North Korea and a few other notables biting at their heels.

In insane news that no longer feels out of place, The Guardian reports that an entire left wing news agency was in fact fake, created by Russia's notorious Internet Research Agency, the secretive sweatshop behind interference in the US election in 2016.

As well as fake editors with AI-generated photos some real freelance reporters were hired, unaware they were working for a non-existent company

Microsoft is also launching technology that can read the digital equivalent of a watermark added by content producers to the metadata, using a tool built into Microsoft Azure.

This has been developed thanks to a partnership between the technology giant and the Defending Democracy Program, and is part of Project Origin.

It is hoped the project will underpin the Trusted News Initiative, an international partnership of major news and tech organisations working together to share information about "dangerous disinformation" in the run up to the US elections.

Video Authenticator will only be available through the AI Foundation's Reality Defender 2020 (RD2020) initiative to news outlets and political campaigns.

The hope is by restricting access, bad actors will be unable to reverse engineer the source code and work out how to fool it.

This may prove to be wishful thinking however, given both cases of politicians being targeted by maliciously edited content mentioned above involved their political opponents.

Fight the good fight This isn't Microsoft's first foray into fake news, and part of the announcement dealt with the expansion of NewsGuard.

It helps people vet online news sources, and is operated by a team of journalists.

It works by downloading a browser extension, and if you use Microsoft Edge it's free. So in effect, if you want to use it, you probably have to subscribe.

Meanwhile, Facebook launched a Deepfake Detection Challenge in 2019, and announced the results earlier in the summer.

Technology companies, social platforms and telecommunications companies all have a vested interest in ensuring this type of disinformation as tackled robustly.

If it works, robust technology that can spot deepfakes quickly and reliably and get them removed could be a savior in the storm.

Although given where some of this disinformation is coming from, maintaining a gated community is likely to prove difficult.