LEOsats, FWA and AI: What experts are saying about 2022

Light Reading has waded through a stack of forecasts for 2022 and beyond to glean some of the common themes.

One topic no one could avoid is the semiconductor shortage. The consensus view is it will continue through 2022, although most likely will be less severe than 2021.

ABI Research believes chip supply issues will take until 2023 to be resolved through the combination of fresh production capacity, the verification of real demand (as distinct from panic ordering) and the dampening effect of inflation on consumer demand.

Unsurprisingly after this year's spate of launches, satellite broadband gets plenty of attention.

Amazon.com CTO Werner Vogels believes that "planet-scale broadband" will bring a whole new class of applications with it. Interestingly, rather than seeing it as a means to connect the unconnected, he's anticipating a brace of enterprise services in verticals ranging from forestry to transport.

The Economist Intelligence Unit (EIU) cautions that satellite internet take-up will be limited in the short term owing to its high cost and the need to clear multiple regulatory hurdles because of national security sensitivities.

Gartner doesn't have those reservations. It predicts that by 2027 LEOsats will extend internet coverage "to an additional billion of the worlds poorest people, raising 50% of them out of poverty."

Fixed wireless access (FWA), rather than satellite, will be the technology to make a dent on the digital divide, Deloitte Global predicts. It calculates FWA connections will rise from 60 million to 88 million next year and to 168 million over the next five years. 5G, with its greater efficiency and capacity, will grow at a CAGR of 88% to account for 39% of fixed-wireless in 2026.

5G picks up the pace

5G rollouts are likely to accelerate in 2022 after a couple of years of delays thanks to the pandemic, the EIU says. It expects demand for digitalization will force governments to pick up the pace, predicting "16 out of the 60 major telecoms markets" will launch in 2022. But operators and governments will struggle with "spectrum availability, pricing and allocation."

For all the progress 5G has made, here's a stat that gives pause: Wi-Fi 6 devices are "outselling 5G devices by a large margin and will likely continue to do so for the next few years," according to Deloitte Global. It expects at least 2.5 billion Wi-Fi 6 terminals to ship in 2022, compared to roughly 1.5 billion 5G devices, a product of enterprise demand and Wi-Fi's lower prices. 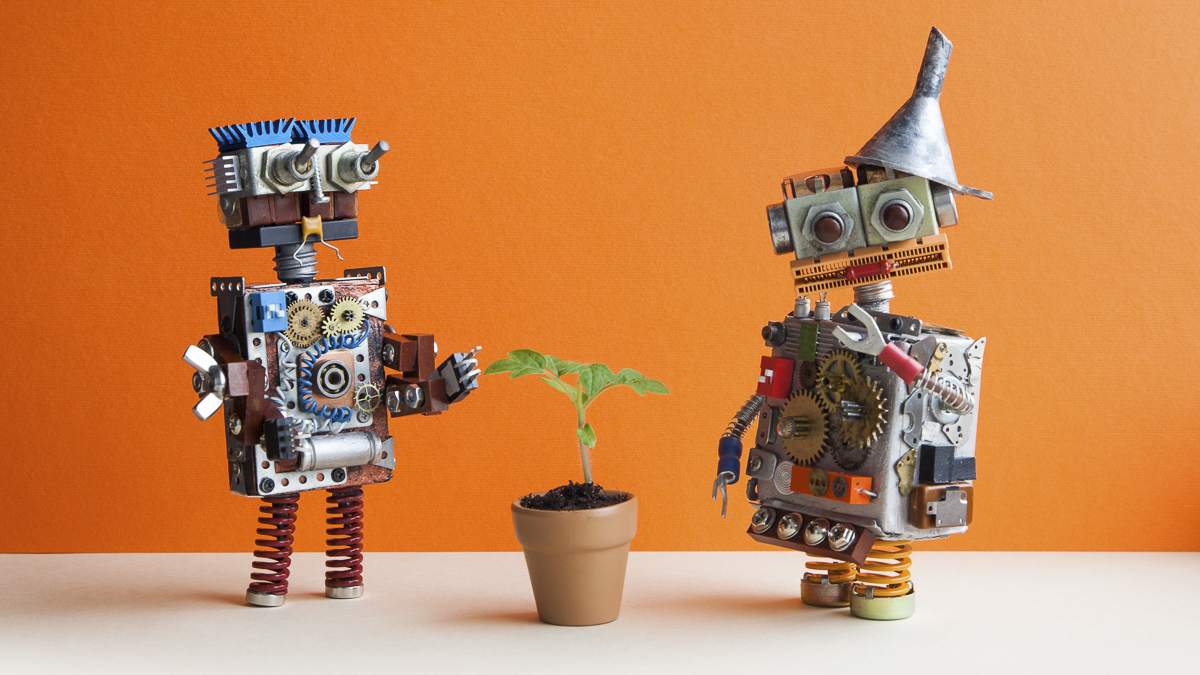 How much will we outsource to robots in 2022?
(Source: Besjunior / Alamy Stock Photo)

AI carries a lot of expectations, too, from this London law firm's prediction of exponential growth to one security expert's disconcerting revelation of the growing use of AI by hackers. "Because of AIs ability to generate unique photorealistic faces, mass-personalize phishing campaigns and more, were expecting to see attackers using it more and more," said Plurilock Security's CEO Ian Paterson, in a Forbes round-up of big, bold predictions.

But without doubt the hot tech of the moment, and for next year apparently, is Nonfungible tokens (NFTs).

Businesses are recognizing the potential of NFTs to drive new revenue streams, Gartner believes. With public blockchains rapidly growing the ability to support these transactions, it is sparking another wave of seemingly limitless opportunities in the digital world.