Three, the smallest of the UK's four mobile networks, has also been having one of its bumpiest rides. While the costs of a long-running IT upgrade have torn into profits, an earlier decision to use Huawei as the sole supplier of 5G radio kit backfired when the government decided to ban the Chinese vendor. Customers have been disappearing, too. Unhappiness with the senior leadership team prompted an overhaul by CK Hutchison, its Hong Kong parent, amid the COVID-19 crisis.

But the latest figures contain some encouraging signs  enough for Darren Purkis, Three's chief financial officer, to speak of "turning a corner" in the second half of 2020. For starters, the headline sales dip in 2020 of just 1%, lowering revenues to about £2.4 billion (US$3.3 billion), is an improvement on the 2% drop that happened in 2019, and entirely respectable in a pandemic.

More impressive was the addition of about 350,000 new contract customers last year, giving Three roughly 7.6 million altogether. It remains much smaller than its rivals but claims to have grown 50% faster than the overall contract market in the second half of 2020. "That is very encouraging momentum for us coming into 2021," Purkis tells Light Reading. 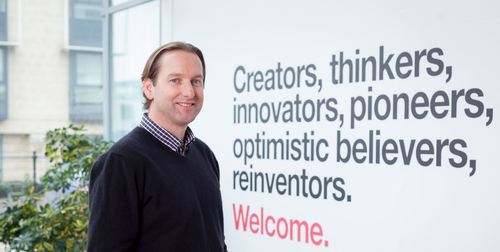 Three UK's Darren Purkis says investments are setting his firm up well for the future.

The COVID-19 pain showed up mainly on the prepaid side, where Three managed to lose about 900,000 prepaid customers, reducing numbers there to around 5.5 million. A bigger worry for anyone glancing over the results was a 22% drop in earnings (before interest, tax, depreciation and amortization), to £553 million ($770 million).

The huge increase in operating expenses responsible for that drop illustrates how hard Three is working on self-improvement. An overhaul of IT systems, which partly entails running more of them from Microsoft Azure's public cloud, should eventually slash costs and boost profit. Right now, it is a drag because Three cannot scuttle its old systems until every customer has boarded the new one. The result is what Purkis describes as "dual running costs." On top of that, a "significant one-off benefit" in 2019 was not replicated last year, he says.

In the meantime, capital expenditure has rocketed, up from just £426 million ($593 million) in 2019 to £764 million ($1.1 billion) last year. Most of that is being spent on an upgrade of Three's 4G and 5G infrastructure, with about £100 million ($139 million) channeled into its transport networks, too. Funds are also going toward replacing Huawei with Ericsson in 5G radio. That technology is now available at 1,250 of Three's 16,500 sites, and another 380 are "fully built but not quite live," says Purkis. "We went from being a long way behind everyone else on sites to being up there with the highest number of sites alongside EE, we believe."

This effort to set Three up "well for the future," in his words, means capital expenditure is forecast to remain at a similarly high level this year. "I think we've got a couple of years of high investment level and that gives us the foundation and the ability to grow the business," he says.

A possible trump card is the vast quantity of 5G spectrum Three now controls. After an acquisition of UK Broadband in 2017 and participation in two government auctions (including one this week), it boasts 140MHz of spectrum between 3.4GHz and 3.8GHz  the "midband" so important to 5G  including a contiguous 100MHz block. Following the auction, rivals each have about 80MHz or 90MHz, says Purkis, but their holdings are broken across different parts of the midband range. That could translate into a performance advantage for Three.

It could prove short-lived, though. "The assignment phase of the current auction might allow other operators to unite their 40MHz blocks into contiguous spectrum," notes Gabriel Brown, a principal analyst with Heavy Reading. Nevertheless, if that advantage soon disappears, Three has been able to address one of its own shortcomings  a lack of much lowband spectrum  through its acquisition of 700MHz airwaves in this week's auction. "Getting 700MHz is a big deal for Three," says Brown.

Indeed, the paired 20MHz license it bought for £280 million ($390 million) is described as a "massive win" by Purkis, and one that will have "a transformative impact indoors and in rural areas." Using higher frequency bands, those would be much costlier to cover.

Three has recently been talking about opportunities in the enterprise and broadband markets, where it has not figured prominently in the past. But much of the attention will remain on 5G and whether this can provide a boost for Three in its main consumer market. While recent store closures during lockdown have not been good for device sales, Three has taken a healthy share of the market for the recently launched 5G iPhone and Samsung gadgets, says Purkis. "The quicker we get the sites out, the quicker people will start to feel that experience."