SK Telecom and Microsoft have announced they will launch the XBox cloud gaming streaming service in South Korea in September, the only Asian country to be part of the global launch. 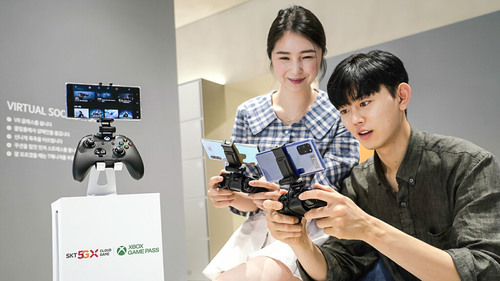 Formerly known as Project xCloud, the service will be added to the Xbox Game Pass Ultimate. This means users can play Xbox console games on Android mobile phones and tablets, from cloud servers streaming over 5G.

Initially offering around 100 titles, including Minecraft Dungeons, Halo: Master Chief Collection, and Forza Horizon 4, the service will debut on September 15.

Game on
Mobile operator SK Telecom said it has been working with Microsoft since September 2019, carrying out testing since October.

The telco will work with Microsoft for the service's network management and customer support.

It's no surprise Microsoft chose South Korea to be part of the first wave. It's the fourth largest market in the world when it comes to gaming, and has a robust 5G network in place.

Local operator SK Telecom has over 30 million subscribers, nearly 50% of the market. The company now has 47 ICT subsidiaries and annual revenues approaching KRW 17.8 trillion (about USD $15B).