In a few words, Liu Xiaoming managed to sound both ignorant and as sinister as Liam Neeson muttering "I will find you and I will kill you" in the movie Taken.

"We want to be your friend. We want to be your partner. But if you want to make China a hostile country, you will have to bear the consequences," threatened the Chinese ambassador to the UK, as reported this week by the Financial Times newspaper, after the UK government appeared to shift its stance on Huawei.

The comparison to Neeson, whose character in Taken was a good guy hunting for his kidnapped daughter, is probably unfair. As the representative of an authoritarian government that has recently invaded India and trampled democratic rights in Hong Kong, Liu is more like the gang member who gleefully doles out the odd kneecapping when his victims refuse to kowtow. 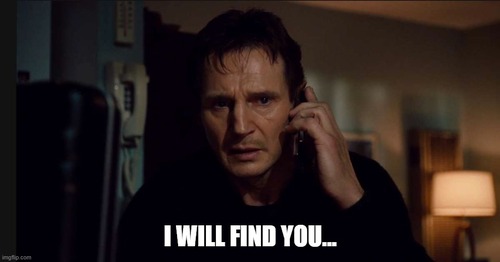 He was responding to reports of an imminent U-turn on Huawei, a Chinese equipment vendor deemed a security threat by US officials and some members of the UK's governing Conservative Party. Having sought merely to restrict Huawei's activities in January, the UK government now seems to be preparing a ban.

His own hostile intervention somewhat undermines Huawei's claims to be entirely independent of the Chinese state. Those already looked shaky in March, when Eric Xu, one of Huawei's rotating bosses, said: "The Chinese government will not stand by and watch Huawei get slaughtered on the chopping board and they may also take some countermeasures."

Now, it is not as if the US would refuse to lobby on behalf of an American industrial giant facing a similar ban. The trade war launched by Donald Trump and the unrelenting offensive against Huawei shows just how aggressive it can be.

Liu's threats are misdirected, though.

Even if there were no official UK ban, Huawei's ability to continue supplying customers has been in doubt since May, when the US unveiled new sanctions. Unless Huawei can reassure the market otherwise  something it has failed to do so far  the UK government and its operators would be short-sighted not to make plans for a future without Huawei.

This is not just idle scaremongering. New Street Research warned in late May that Huawei had "12 months left to live." Analysts at Jefferies last week said Huawei will run out of important components by March 2021.

The doomsday scenario is possible as a result of US measures that take aim at Huawei's sources of supply.

Previously, US authorities blocked Huawei's access to components made by US companies. Those measures proved largely ineffective because loopholes allowed the Chinese vendor to keep buying equipment as long as it was not made on US soil. Huawei's US suppliers simply catered to it from overseas manufacturing facilities.

Under the latest rules, however, Huawei may not be able to buy any components if they are made with US equipment or design expertise. That would cut it off from Taiwan's TSMC, a contract manufacturer that makes vital semiconductors designed by HiSilicon, Huawei's in-house chips unit.

Short of options
Unfortunately for Huawei, there is a distinct lack of alternatives. China's SMIC has previously been touted as a possibility. It is now planning a $6.6 billion share offering in Shanghai to help it take on rivals including TSMC and South Korea's Samsung, according to the Nikkei Asian Review. Right now, though, it lags TSMC on design capability. It also looks as reliant as TSMC on US equipment.

It is not just Huawei that has a major incentive to find a solution, though. Before the latest measures were announced, Huawei was TSMC's second-biggest customer after Apple, accounting for about 15% of revenues, according to estimates prepared by The Information Network and first published on Seeking Alpha.

To prevent those revenues from evaporating, the Taiwanese firm could attempt to switch from US chipmaking equipment to alternatives. While US firms such as Applied Materials, Lam Research and Teradyne occupy a strong position in this market, competitors include Japan's Tokyo Electron and Hitatchi High-Technologies.

So far, TSMC has shown little sign of resistance to the US campaign against one of its biggest customers. Besides halting orders from Huawei, it has even reportedly said other clients can fill the void.

For the Chinese vendor, another possibility is Samsung, which is currently investing in Chinese semiconductor facilities. If TSMC is not prepared to switch to non-US equipment, the South Korean electronics giant might prove more willing.

Lawyers could always find new loopholes, too. By shipping components to contract manufacturers assembling goods, and not back to Huawei, TSMC might be able to continue serving the Chinese firm without violating US rules.

Yet all this remains pure conjecture. It is entirely feasible that none of these options works out. The safe bet for China (and Huawei) would be to invest in its own chipmaking equipment, but New Street Research doubts this move would bear fruit for at least five years.

In the meantime, Huawei has done little to calm nerves, likening itself to a seed in a storm, an animal on the chopping board and a fighter plane riddled with bullets. If the UK is about to hit the eject button, it can hardly be blamed.