Ericsson hurt by China and chips crunch, but profitability soars

National stereotypes have it that Swedes are calm and unexcitable, but there must have been some high jinks at the Kista headquarters last year when 5G contract wins left Ericsson with about a tenth of the Chinese market.

In a country erecting hundreds of thousands of basestations, even a modest slice of business would be lucrative. Ericsson eventually pocketed about $2.9 billion in China revenues in 2020, a $400 million increase on the previous year's figure.

That business has suddenly been decimated by a Chinese backlash against the Swedish equipment maker.

"It is quite clear that our market share in China has been reduced and this is a consequence of the decision Sweden took to exclude Chinese vendors from the buildout of 5G in Sweden," CEO Börje Ekholm told analysts on the latest earnings call today. 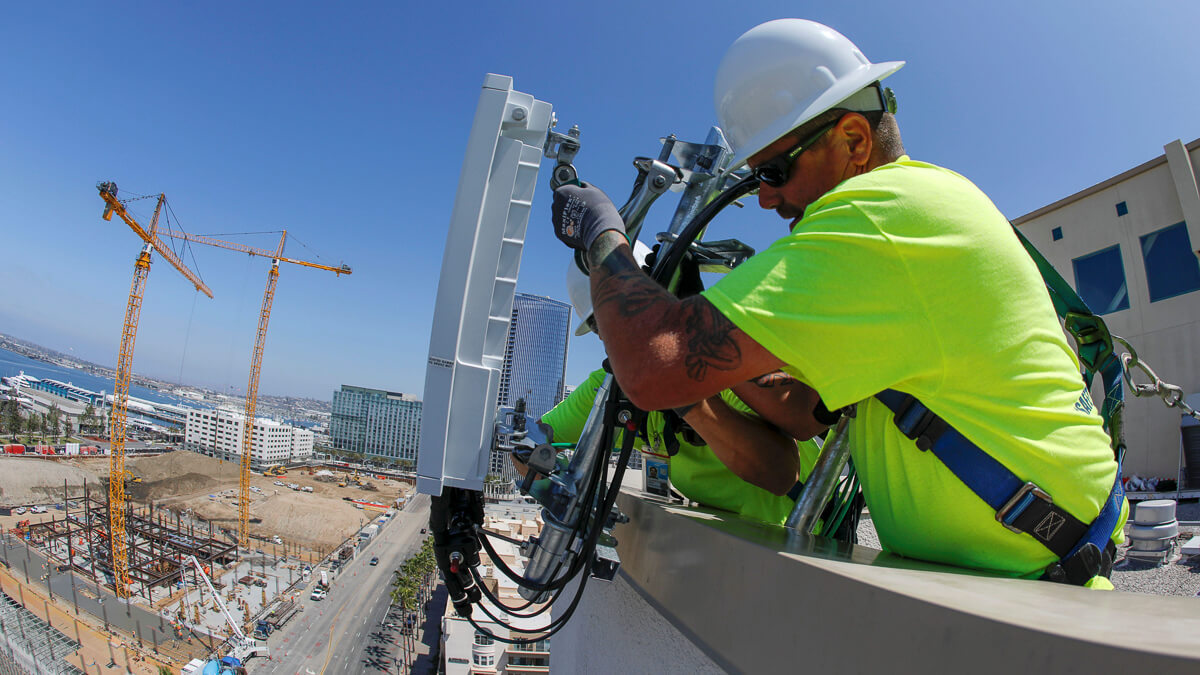 Swings and roundabouts: Ericsson has lost ground in China - but the tech war between the US and China means more transatlantic opportunities - like this one with AT&T.
(Source: REUTERS / Alamy Stock Photo)

The 10% share that Ericsson enjoyed last year has been cut to just 3% on phase two of China's 5G rollout, according to sources close to the matter. Local revenues from networks and digital services for the year so far have dropped by 5.8 billion Swedish kronor ($670 million), already 23% less than Ericsson made last year.

It has already started cutting hundreds of sales and delivery jobs in China  where it currently employs about 10,000 people altogether  to protect margins.

A victim of the geopolitics that have roiled the entire industry, Ericsson is evidently not resigned to a permanent loss of Chinese territory.

"I like to think that when you lose a contract, the day after you start to fight to win it back," said Ekholm today. "We have the chance to win back the trust to deliver products in the future."

Onlookers will be skeptical that Ericsson can recover ground without Swedish concessions to China. Thankfully, for investors, Ericsson is flying in other parts of the world as operators funnel money into 5G.

Reported sales fell only 2% year-on-year for the recent third quarter, to SEK56.3 billion ($6.5 billion). Exclude China and the rate of organic improvement was 6%.

Even more important to long-time Ericsson watchers is the sharp improvement in profitability that has occurred under Ekholm. In 2017, the year he took charge, Ericsson's gross margin was down at 22.1% and its net loss hit SEK35.1 billion ($4.1 billion).

Today, the gross margin is double that figure, at 44% for the third quarter.

Besides selling underperforming, non-core units and shedding staff, Ericsson has pumped money into research and development. It has spent SEK30.2 billion ($3.5 billion) on R&D so far this year, up from just SEK22.7 billion ($2.6 billion) over the same period of 2016.

"Putting in newer technology  as with our last 12-kilogram massive MIMO product that integrates antennas, radios and filters onto one board  is conducive for our own gross margin," says Fredrik Jejdling, the head of Ericsson's networks division.

The big worry, besides China, is that a global shortage of semiconductors and other components upsets the momentum. What Ekholm referred to as "disturbances" led to sales losses and higher inventory costs late in the third quarter. "It is highly unlikely it will have no impact" on fourth-quarter results, he told analysts.

Longer term, the 5G market will not be able to sustain its current rate of growth. Dell'Oro, a well-regarded market-research firm, now reckons global sales of radio access network products will rise 13% in 2020, up from an earlier forecast of 10%, and Ericsson still claims to be growing its market share.

Next year, Dell'Oro is guiding for another 2% increase. But the mainstream market will eventually "flatten out," said Ekholm.

His plan entails selling Ericsson's products to organizations outside the telecom sector. Ericsson has already spent about $1 billion to acquire Cradlepoint, a relatively small but fast-growing US company that provides edge routers and related services to public-sector and other mainly US organizations.

The emerging business unit to which Cradlepoint belongs ran up an operating loss of SEK400 million ($46.5 million) for the third quarter and made just SEK2 billion ($230 million) in sales, but that was a 26% improvement on the year-earlier quarter.

Armed with net cash reserves of SEK55.7 billion ($6.5 billion) at the end of September, Ekholm is now plotting further takeovers.

"With our capital situation, we can make the acquisitions we need to strengthen our enterprise offerings," he said.

At the mid-point of its forecast, Ericsson expects this entire enterprise market to be roughly 2.7 times bigger in 2025 than it is today, generating about $20 billion in sales. Its core market, by contrast, is likely to shrink 3% over the same period, to about $174 billion.

Sales dipped 1% in the third quarter, to SEK8.6 billion ($1 billion), but only because of the setback in China. And a third-quarter operating loss of SEK800 million ($92.9 million) was blamed on higher R&D investments in 5G core network products.

"We maintain guidance there of breakeven in the fourth quarter," said Mellander.

Ericsson's share price was down about 1% in Stockholm early afternoon and has had a bumpy ride this year. But it has more than doubled under Ekholm's tenure as Ericsson's profitability and reputation have recovered.

Barring an improbable turnaround in China, its fledgling enterprise business, and the success Ericsson can make of that, may determine the future trajectory.