Fleshing out its wireless and 5G expertise, CableLabs has hired industry veteran Rakesh Taori in the role of vice president, wireless.

Taori – who reports to Mariam Sorond, a former Dish Network exec who was recently appointed chief research and development officer at CableLabs – is tasked with driving the organization's vision and strategy in mobile and wireless, along with a focus on network connectivity convergence. 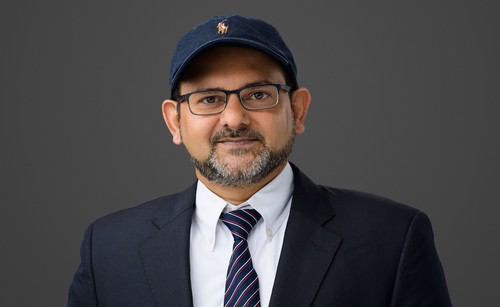 Rakesh was a founding employee and served as the VP of systems and standards at Phazr, a 5G startup acquired by JMA Wireless in late 2018.

Taori was most recently a fellow of 5G technologies at JMA Wireless, a maker of communications systems based on various wireless technologies, including 4G/LTE and 5G, as well as newer systems based on the shared 3.5GHz CBRS band. Taori is also a founding employee and former VP of systems and standards at Phazr, a 5G basestation startup acquired by JMA Wireless in December 2018. He held previous roles at Samsung, Ericsson and Philips. Also, he served on the Wi-Fi Alliance Board for more than five years and has served as a vice chairman of the IEEE 802.16 working group.

Taori's appointment will bring more 5G and mobile expertise to CableLabs at a time when cable operators in the US and other parts of the world have launched or plan to launch wireless and mobile services either on their own networks or in partnership with Verizon or other MNOs.

His appointment coincides with the cable industry's "10G" initiative that targets symmetrical speeds of 10 Gbit/s over a mix of access networks, including hybrid fiber/coax (HFC), fiber-to-the-premises (FTTP) and wireless, along with enhanced low-latency and security capabilities.

"Rakesh brings a broad perspective across many technologies and platforms. As the industry embraces the principles of open standards, virtualization, and open interfaces, Rakesh's creative thinking will propel innovations at CableLabs towards disruptive networks," said Sorond, in the CableLabs announcement.

Taori also fills another gap at CableLabs, as he will take over a role there that formerly was held by Belal Hamzeh. Hamzeh, a former Intel exec, was promoted to CableLabs CTO last year amid the anticipated retirement of former CTO Ralph Brown.