Another battle between a top virtual multichannel video programming distributor (vMVPD) and a major programmer is brewing.

The latest: YouTube TV warned customers Monday that all Disney-owned channels, including ABC, FX, Disney Channel and ESPN, will go dark on YouTube TV starting December 17 if a new carriage deal is not reached. 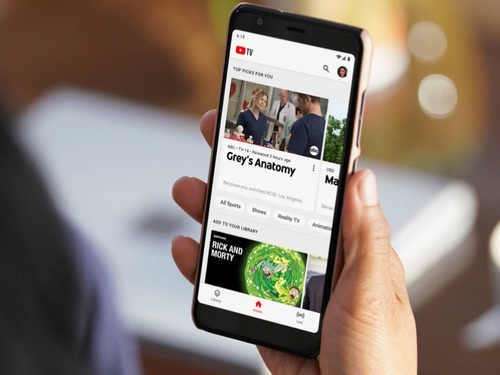 It would be a sizable loss of content for YouTube TV, which just notched a deal to get the service distributed on Comcast's Xfinity Flex platform and new family of XClass TVs.

Both sides are talking but apparently can't come to terms on new rates.

"We are now in negotiations with Disney to continue distributing their content on YouTube TV. Our deal will expire on Friday, December 17, 2021. We have not yet been able to reach an equitable agreement, so we want to give you a heads-up so that you can understand your choices," YouTube TV told subscribers.

"Our ask of Disney, as with all of our partners, is to treat YouTube TV like any other TV provider – by offering us the same rates that services of a similar size pay, across Disney's channels for as long as we carry them."

Want to know more about video and streaming media? Check out our dedicated Video/Media channel here on Light Reading.

Disney confirmed the date and time its current contract with YouTube TV, which has about 4 million subscribers, is set to expire.

"Disney Media and Entertainment Distribution has a highly successful track record of negotiating such agreements with providers of all types and sizes across the country and is committed to working with Google to reach a fair, market-based agreement," Disney said in a statement to Light Reading.

"We are optimistic that we can reach a deal and continue to provide their YouTube TV customers with our live sporting events and news coverage plus kids, family and general entertainment programming."

YouTube TV noted that if a new deal isn't reached in time, customers can still stream "some" Disney content with a bundle that includes Disney+, Hulu's SVoD service and ESPN+, for $13.99.

YouTube TV, of course, neglected to make mention of Hulu's Live + TV service that has access to Disney-owned networks such as ESPN and ABC. Disney took full operational control of Hulu in 2019.

The impasse and the threat of a blackout is just the latest distribution skirmish to surface in the streaming era of pay-TV.

Google is just coming off a months-long standoff with Roku involving YouTube TV and the core YouTube service, with both sides finally striking a new deal last week.