Comcast goes out of footprint with XClass TV

Comcast's technology and streaming platform is breaking out of the operator's traditional cable footprint and going nationwide with this week's launch of XClass TV, a new family of 4K-capable smart TVs made by Hisense.

Comcast said it will start to sell XClass TV products this week at "select" Walmart stores and through Walmart.com in the coming weeks. Comcast tells Light Reading that it is also looking into ways to sell XClass TVs via its own sales channels, but had nothing specific to announce today. 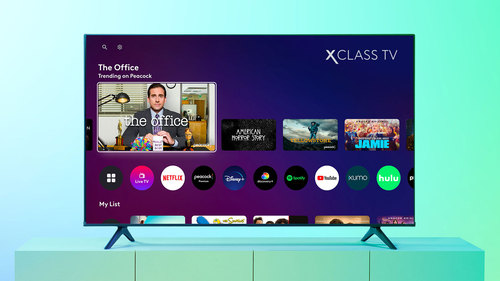 Comcast's initial family of XClass TV models include a 43-inch set that will sell for $298, and a 50-inch TV that will fetch $348. Both models, made by Hisense, will support 4K and High Dynamic Range (Dolby Vision and HDR10).
(Image source: Comcast)

Comcast will initially sell two XClass TV models: a 43-inch set that will fetch $298, and a 50-inch TV that will sell for $348. Both models will support 4K and High Dynamic Range (Dolby Vision and HDR10) and come equipped with a voice remote.

XClass TV will also support hundreds of apps, including popular subscription VoD services such as Netflix, Amazon Prime Video, Disney+, Hulu, Showtime, HBO Max and NBCUniversal's Peacock. However, Paramount+ appears to be conspicuously off the list. Comcast is also tossing in a year of Peacock Premium (the ad-supported tier that regularly sells for $4.99 per month) to customers who create XClass TV and Peacock accounts. XClass TV will also feature several free, ad-supported streaming services, including Pluto TV, Tubi, IMDb TV and Comcast-owned Xumo.

The new family of XClass TVs will also provide access to batch of pay-TV options that include Hulu+Live TV, YouTube TV and Sling TV. Comcast said it will add access to pay-TV streaming apps from its own Xfinity service as well as from Charter Communications in the coming months. A Comcast official said access to Comcast's Xfinity app and Charter's pay-TV app will be limited to the respective cable service footprint of those two operators. 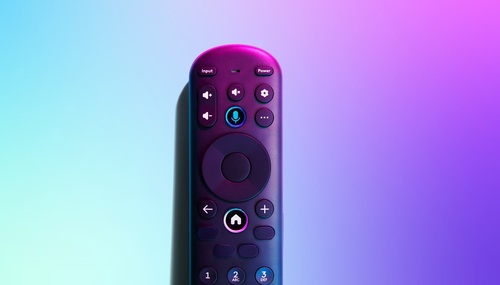 The nationwide reach afforded by XClass TV will also enable Comcast to finally expand its platform and technology into major media markets such as New York and Los Angeles. Previously, access to Comcast's technology platform outside of the operator's cable footprint has been limited to a handful of X1 syndication partners: Cox Communications and three operators in Canada (Rogers Communications, Shaw Communications and Videotron).

Comcast filed for an XClass TV trademark in Canada earlier this fall, but has not announced plans to sell XClass TVs at Canadian retail outlets or via any of its existing X1 syndication partners there.

XClass TV is the latest product line to be underpinned by a "global technology platform" that has roots to the original X1 platform and technologies coming way of UK-based Sky. That global technology platform also underpins Sky Glass, a new family of streaming TVs offered by Sky initially in the UK; the Sky Q box; the XiOne, a streaming client introduced last month; Comcast's flagship X1 service; and Xfinity Flex, a streaming/smart home service that's tailored to Comcast's broadband-only customers.

"Hisense XClass TVs are the next products in a growing portfolio built on our flexible and scalable technology platform, bringing the best innovative products – whether that's a streaming box or a smart TV – to each territory and customer segment," Sam Schwartz, Comcast's chief business development officer, said in a statement.