Without much fanfare, Canadian cable operator Rogers Communications has begun to roll out Ignite TV, an IP-delivered video service for set-tops and mobile apps that leans on Comcast's cloud-powered X1 platform.

Indicating that it's in the soft-launch phase, Rogers hasn't made a big deal of Ignite TV yet, though details about the new service have appeared on this web page. 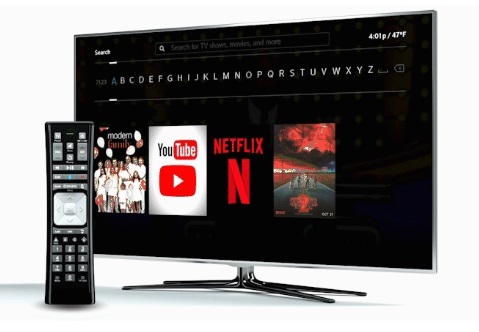 Rogers has yet to respond to an inquiry about the status of the deployment, but on the company's Q1 earnings call in April, company President and CEO Joe Natale noted that Rogers' was pleased with an employee trial. At the time, he said Ignite TV was deployed to Rogers employees in Ontario -- some 5,000 had requested the service and roughly 1,400 employee homes had Ignite TV installed.

Update: "As the next phase of our launch plan, were excited to start rolling out Ignite TV in a targeted way to our customers in Ontario and to deliver a product that will offer the best entertainment and home connectivity experience," a Rogers official said Wednesday in a statement to Light Reading.

Rogers is also expected to communicate more detail to current TV customers in the Ontario region as it starts to expand the retail presence of the new Ignite TV service.

MobileSyrup reported in June that the initial rollout of Ignite TV was indeed limited to Rogers' Ontario-area system and that customers had access to eight different packages that bundle in broadband service.

"Our goal," Natale said regarding Rogers plan to roll out Ignite TV on a commercial basis, "is to exhaustively pressure-test every aspect of the service, both from a platform capability point of view but also from an origin, delivery point of view."

Rogers and Comcast announced a long-term strategic deal, which included the X1 syndication component, in late 2016, and originally anticipated a launch in early 2018.

The deal marked a major change in course for Rogers, which went with X1 after dumping a plan to develop its own IPTV service working with suppliers such as Cisco Systems Inc. (Nasdaq: CSCO) and Ericsson AB (Nasdaq: ERIC). Ignite TV is expected eventually to supplant Rogers legacy pay-TV platform. (See Rogers Dumps In-House IPTV Product for X1.)

Like Comcasts own X1 platform, Rogers' Ignite TV platform features a fancy user interface for TVs and iOS and Android mobile devices, support for a voice remote, integration of Netflix on set-tops, an on-screen app that provides near real-time tracking of scores and stats from various sporting events, and access to KidsZone, a version of the guide that only highlights channels and VoD content for children.

The main Ignite TV page does not mention a cloud DVR service, which Comcast offers today with X1, but Natale noted in April that a cloud DVR capability was "up and running" for the earlier customer trials.

Update: This FAQ confirms that the new Ignite TV service also includes a Cloud DVR that lets subscribers keep recordings for up to a year, or until they reach the system's 200-hour limit, including programs in HD or 4K formats.

Rogers didn't announce when it started to offer Ignite TV outside of its employee base, but YouTube videos that walk consumers through the new service along with tutorials about Ignite TVs integration with Netflix and the platform's voice remote started to appear in early June. The Ignite TV app for iOS appeared in mid-April.

Rogers is billing Ignite TV as a premium-level product aimed at rejuvenating its pay-TV product and attempt to bundle it with other Ignite-branded broadband and home phone services. In Q1 2018, Rogers lost 12,000 cable TV subs, improving on a year-ago loss of 24,000. Rogers ended the period with 1.72 million video subscribers.

With Ignite TV "we'll be able to kind of drive... a better set of metrics overall in our residential business," Natale predicted during the April call. "Its really kind of step one of many in terms of the smart home strategy that were on."

For Comcast, the Rogers deployment advances the MSO's licensing strategy for its X1 platform, which isn't a huge money-maker, but does enable the operator to drive more scale into the X1 ecosystem of devices, software, apps, backend systems and other infrastructure.

While the syndication approach gives those partners a way to ramp up a next-gen video service and hook into Comcast's X1 product roadmap, critics maintain that it also limits their ability to tailor and customize their offerings.