As if AT&T and Boeing didn't have enough on their plates these days, here's another worry to toss on top -- they need to move the DirecTV Spaceway-1 satellite to a new orbit amid concerns that a crippling battery malfunction could cause the bird to explode and threaten other satellites in its range.

Per AT&T's waiver request (PDF) filed earlier this month, Spaceway-1 suffered a "major anomaly" in December 2019 that resulted in "significant and irreversible thermal damage to its batteries" that put those battery cells at significant risk of bursting. An explosion at Spaceway-1's current location could threaten other geostationary satellites in the region. 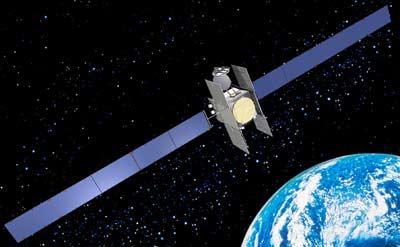 DirecTV, acquired by AT&T in July 2015, asked the FCC to approve a plan to conduct "emergency operations" that would rapidly de-orbit the Boeing-built Spaceway-1 from its current location (138.9 degrees West Longitude). The plan required a waiver from the FCC to allow AT&T to de-orbit the satellite without first discharging all of its remaining propellant. AT&T argued that it doesn't have enough time to fully deplete the remaining propellant reserves before Spaceway-1 would reach its "disposal orbit" -- about 300 kilometers above the satellite's current geostationary arc. The FCC approved the plan, according to the Los Angeles Times.

The plan is to rush Spaceway-1 to that disposal orbit and maximize the time to vent the remaining propellant ahead of the spring eclipse season. AT&T estimates the entire sequence will take about 21 days, leaving at least seven days for venting operations before the spacecraft is decommissioned, AT&T said.

While the satellite has enough power margin to avoid use of the damaged batteries during sunlight operations, their use during an eclipse period "is unavoidable and there is not ability to isolate damaged battery cells," AT&T told the FCC. "The risk of catastrophic battery failure makes it urgent that Spaceway-1 be fully de-orbited and decommissioned prior to the February 25th start of eclipse season."

Authorizing the emergency de-orbit operations "will facilitate disposal of Spaceway-1 as safely as possible," AT&T added.

The good news is that Spaceway-1, a satellite launched in 2005, is not critical to the day-to-day operation of the DirecTV pay-TV service. Spaceway-1 provides backup Ka-band capacity in Alaska, DirecTV explained, adding that no customers were affected by the anomaly.

But the decommissioning cuts short the life of Spaceway-1, which was expected to remain in service until 2025. AT&T said it is exploring plans to relocate other satellite assets to make up for the backup capacity it will lose from Spaceway-1.

The Spaceway-1 snafu also highlights a space debris issue the FCC is exploring amid the growing number of dead satellites and the ongoing launches new low-earth orbit satellites that will deliver broadband services. In late 2018, the FCC started a review of orbital debris mitigation rules adopted in 2004 that include proposals on how to reliably dispose of satellites, with a particular focus on large arrays of non-geostationary satellites.

And the anomaly could give cable more cause to mock DirecTV's aging satellite fleet. In 2015, Charter Communications took a jab at DirecTV using a humorous ad campaign featuring comedian/actor Kevin Nealon as "Captain Telstar," the leader of an orbiting satellite TV facility portrayed as being a bit long in the tooth. Below is the 30-second version of the ad; the longer one can be found here.

Charter's campaign was short-lived, as the Better Business Bureau's ad review arm later advised the cable operator to discontinue the ads, citing their "unsubstantiated" claims about the impact of the AT&T-DirecTV merger on customer service.

Like what we have to say? Click here to sign up to our daily newsletter
Related Stories
COMMENTS
Newest First | Oldest First | Threaded View
Add Comment
Be the first to post a comment regarding this story.
EDUCATIONAL RESOURCES
sponsor supplied content
The VOD Factor
Just You, Me and the TV: Shifting to a Direct Customer Relationship Model
Video to the CDNth Degree: Multi-CDN Delivery Optimized for Big Video
Educational Resources Archive
More Blogs from The Bauminator
CBS expands streaming options for Super Bowl LV