Internet players are fast carving up the market for "edge" computing services based on 5G technology. Just weeks after the UK's Vodafone trumpeted a new tie-up with Amazon Web Services (AWS), Singtel announced the same sort of deal with Microsoft Azure. Over in Italy, Google Cloud, the third member of the triumvirate, is the brains behind Noovle, a new cloud-and-edge subsidiary of Telecom Italia that sounds more like an instant food product than a technology firm.

Like the other telcos, Singtel is promising a service that combines lots of bandwidth with very low "latency," a measure of the roundtrip journey time for a signal on the data network. On Vodafone's current networks, latency is anything between 50 and 200 milliseconds, levels that would trigger seasickness in users of virtual reality headsets and turn streets of autonomous vehicles into a demolition derby. Slashing latency should fix these problems. Operators seem to have converged on "less than 10 milliseconds"  a figure Singtel cites in its press release  as the no-nausea, safe-driving target. 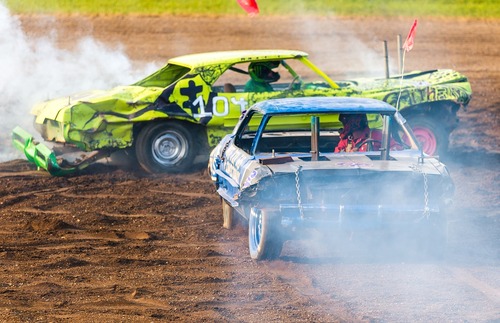 To realize it, operators are relocating network functions and IT workloads. Ordinarily, these would be hosted in centralized facilities that might be hundreds of miles away from an end user. By using smaller assets distributed around the "edge" of the network, operators can shorten the journey and cut latency. The forthcoming service from Vodafone will rely on an AWS platform called Wavelength to make all this possible. Stack, Microsoft's equivalent, is Singtel's choice.

For all the talk about latency, it seems unlikely to have been a problem in a city state with a landmass of just 728 square kilometers. The details of Vodafone's arrangement with AWS suggest it could provide sub-10-millisecond services across the UK from just a handful of facilities. If that is so, then Singtel should require only one.

What it gains through the partnership with Microsoft is access to the software giant's cloud expertise and ecosystem of developers. Without the applications that require low-latency connectivity, businesses and consumers are unlikely to come running. Telecom operators and vendors are simply in no position to challenge the public cloud providers as the architects of an app-based ecosystem.

And that's bad news for anyone who entertained hopes of a prominent role at the edge, including Ericsson and Deutsche Telekom. The Swedish equipment vendor tapped out of this market last year when it scrapped Edge Gravity, its "incubator" attempt to put together a global edge cloud network. Deutsche Telekom had grand hopes that MobiledgeX, a startup it owns, would become the middleware standard for operators. But with very few publicly announced partnerships, it seems to be dwindling in the shadow cast by AWS, Google and Microsoft.

Deals between those titans and the operators are "not good news for the various telco-backed startups hoping to build an industry-based standard middleware platform, such as Deutsche Telekom-backed MobiledgeX and Ericsson's Edge Gravity," wrote Gareth Owen, an analyst at Counterpoint Research, in a previous blog.

Nor are they necessarily a positive development for the operators doing the deals, he adds. "Counterpoint believes that they should be wary of such partnerships, as the danger is that they will be relegated to the role of connectivity provider." Their only real hope is that business customers demand alternatives to the US cloud oligopoly. That could be an opportunity, writes Owen, for telcos "to offer an alternative, neutral edge platform."

History is not very encouraging, though. Joint telco initiatives have an appalling track record in the telecom industry outside the development of technology standards. A recent example is Djingo, a voice-activated speaker conceived by Deutsche Telekom and Orange and touted by their respective CEOs as a credible challenge to Amazon's Alexa. Just a couple of years on from a glitzy press event that announced Djingo to the wider world, Orange already appears to have dropped it, recognizing the speaker as a failure.

Instead of backing Deutsche Telekom and congregating around MobiledgeX, operators in both Europe and Asia have been striking high-profile deals with the public cloud providers, of which Singtel's tie-up with Microsoft is just the latest example. The edge has turned into one of the newest battlegrounds between the three technology firms.

Whatever the public cloud evangelists might say, entrusting critical systems to a small number of powerful companies is a risky business. Both AWS and Google have recently demonstrated how that power can be applied  AWS by switching off Parler, a controversial social media site that was popular with the US far right, and Google by revealing that consumers will soon have to pay for the storage of photos on its servers.

For Matt Hatton, a founding partner at Transforma Insights, Google's recent decision to burst Loon, its Internet balloon initiative, is another troubling signal. "I find it hard to believe any company would trust its critical infrastructure (cloud, collaboration etc.) to Google when it has such a track record of dropping products," he wrote on Twitter last week. "Whatever the opposite of halo effect is, Google's doing that."

I find it hard to believe any company would trust its critical infrastructure (cloud, collaboration etc.) to Google when it has such a track record of dropping products. Whatever the opposite of halo effect is, Google's doing that.