LONDON -- Edge Computing Congress 2019 -- Edge computing might be regarded by technology suppliers and industry observers as an essential part of the 5G opportunity, yet many network operators appear to still need convincing that it's critical to their next-generation network plans -- and that might result in a missed opportunity, according to some industry observers.

Some operators, such as AT&T, Deutsche Telekom and SK Telecom, are (to varying degrees) already committed -- indeed, 5G early mover SKT is already talking about the positive impact on latency of its edge computing capabilities.

And it's clear that telco edge computing considerations are very often tied to 5G plans -- it's certainly a key technology platform in the Big 5G Picture -- though it's worth noting that's not always the case.

But while there's a race to get early 5G services to market and invest in upgraded radio access network capabilities, there doesn't seem to be the same level of commitment to edge computing. That was evident in the results of a network operator survey conducted at the beginning of this year by Heavy Reading, which found that only 31% of operators regarded edge computing as critical to their network evolution strategy: A further 53.8% did say it would be "important" and that "some edge resources" would be used, but as Ovum Senior Analyst Julian Bright pointed out here at the Edge Computing Congress today, that's a "less than enthusiastic response." Slightly more than 15% of the 147 service provider respondents said edge computing would have a "minor impact" on their plans. 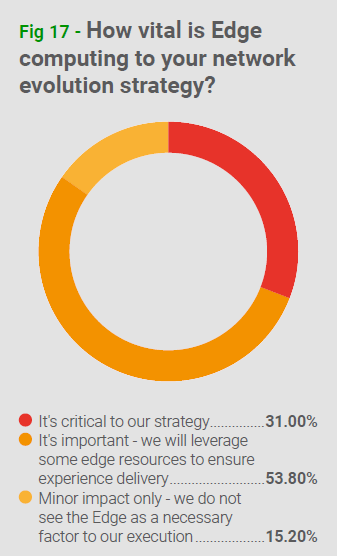 That sentiment was broadly echoed in a more recent survey of 91 service provider and enterprise respondents, again by Heavy Reading, as part of its Edge Computing Market Leadership Study. The results there had 20% identifying edge computing as "critical" and 60% saying it is "important -- necessary, but other factors are more critical."

In my view, this means fear, uncertainty and doubt are still weighing heavy on edge strategists at many operators: There's a realization that it will be important, but how, why and when still seem to be undefined.

Question marks around business cases and return on investment appear to abound. An audience poll here at the Edge Computing Congress showed that almost all attendees at the first morning's keynotes (almost 300 in the room -- my estimate) saw the main financial opportunity related to edge computing as being related to new revenue opportunities from new or enhanced services (rather than cost savings).

But what are the applications or services that could generate those revenues? The usual suspects were namechecked -- industrial IoT, connecting autonomous vehicles, augmented reality and cloud gaming are popular propositions. But those operators still unsure about the value of edge computing want to see examples, they want to hear about real world use cases, and those are in short supply.

In addition, they want to know who might want to use these applications and whether they will be prepared to pay a premium to use them. Of course, these are key questions.

Some industry experts, such as Professor Mahadev 'Satya' Satyanarayanan, a faculty member in the School of Computer Science at Carnegie Mellon University, believe the market needs "Edge Native" applications that are designed to be primarily executed in an edge environment and to take advantage of the specific capabilities of a distributed cloud platform to stimulate the market. But the sector is still facing a chicken and egg conundrum: Developers won't create these edge native applications until there are edge platforms on which they can run, while operators won't invest in edge computing assets and strategies until there are applications available.

The answer? The industry needs to be proactive and stimulate the developer community with investment and support. (More on that in additional Light Reading coverage.) 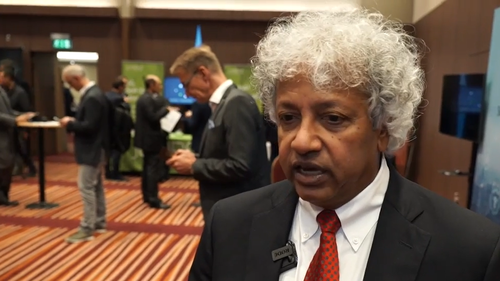 But do operators need to wait for that to happen? Not so, believes Farid Singh, founder of Take 3 Innovate and who previously worked as part of Telefónica's OnLife edge team. He believes network operators are in a unique position in terms of the edge computing asset-friendly real estate they already have (think central office/local exchange facilities) and are staring significant cost savings in the face, yet still prevaricating: Investments in edge computing would save so much in data transmission costs that they would pay for themselves in about five years -- additional or new revenues would be the icing on the cake and shouldn't be the starting point for deciding whether to invest in edge computing.

Others believe the operators just need to put their trust in third party specialists who can help them unlock the compute and storage capabilities they already have (but currently under utilize): Those third parties could manage those assets on behalf of multiple operators and act as the go-between with the developer community. Ori Industries is one company offering itself up as an edge asset federation expert -- Mutable is another.

So there are multiple options for operators to consider: But they need to get past the FUD stage and quick, otherwise they'll find others eating their lunch (again) and their 5G strategies crawling. For those not already committed to an edge computing plan, it's time to take some risks.