What OTT Can Learn From Big Telecom

Over the last couple of years, over-the-top (OTT) voice and messaging applications have gained traction, so much so that Hollywood's own Ashton Kutcher is firing off warning shots to the wireless carrier community, telling them at CTIA they are in danger of losing business to a decentralized model of OTT players offering a better, cheaper user experience.

This is sage guidance from a person who is refreshingly well qualified to deliver it, given Kutcher's extensive and successful venture capitalist background, focusing on cutting-edge technology such as Dwolla, milk, Airbnb and others.

But let's step back. Are traditional telcos really that far behind the times? Are OTT providers really that far ahead? The truth lies somewhere in the middle. Industry experts are pointing a finger at traditional telecom suggesting they take a page from OTT, using a laundry list of critiques. But there is a flip side to that coin.

The fact is, even with the buzz around the latest OTT startups, there is a great deal to learn from traditional telecom; the things telecom providers have done to become one of the most stable and established industries in the world. Some of these lessons include:

Each lesson requires a nimble internal structure that is open to introspection and change as new regulations surface. But this is just the tip of the iceberg. OTTs will also need to respond to operators' network reliability, service quality and device availability -- features that are harder to simply emulate -- if they want to disrupt a crowded marketplace.

Sarah Thomas 8/29/2013 | 11:13:09 AM
Phone number Thanks for the post, Steve! I missed Ashton (or Chris)'s speech at CTIA, but I heard it was pretty good. You make some good points about carrier assets. It seems like they are just starting to come around to how to better use the phone number, which makes so much sense. Have you seen any particularly innovative examples?
Reply | Post Message | MESSAGES LIST | START A BOARD

Carol Wilson 8/29/2013 | 12:16:23 PM
Re: Phone number I particularly like the comments about value - one of the hardest things the entire industry -- OTT and traditional telecom -- is fighting right now is the consumer view that things should be free. We are all falling into the trap, based on access to so much that is free, but maybe shouldn't be.

Value is still an important concept and one not to be overlooked. But how do we get consumers - including ourselves, when we consume -- to stop expecting so much for free? Has that horse left the barn?
Reply | Post Message | MESSAGES LIST | START A BOARD

Thanks for the insight...and why I believe OTT is still hype – these companies might find ways for businesses to save some money but does the quality of the service measure up to the standards (and I don't mean the standards that you wrote about) set by the telcos over the past 100+ years.  Yes, they are slow to move in this area and I think it is because they are still trying to find out the best way to generate revenues while adding value for their customers.  Nothing has moved faster in the communications industry than the mobile industry – from innovation and technology to marketing and pricing plans.  Having extensive background in mobility these folks are not just sitting back and "waiting for OTT providers to eat their lunch," – the billions of investment these guys make annually in their networks, et al, need to return a high rate of return.  As of yet, and while I have a few clients in the UC space, those numbers are minor compared to what the mobile carriers receive monthly from serving hundreds-of-millions of customers.  The OTT folks are doing well serving a niche market, but that will change once the carriers move voice and text traffic from circuit-switched to their LTE networks.  Then everything basically becomes OTT...but there will be another name for it.  Some of the OTT providers have some great app/software solutions and I think in the next couple of years might be purchased by mobile carriers so that they don't have to reinvent the wheel.   And then I may be totally wrong!
Reply | Post Message | MESSAGES LIST | START A BOARD 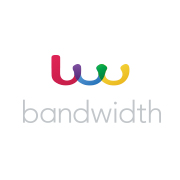 Thanks, Carol.  As I noted below to Sarah, I am a colleague of Steve Leonard's. To your question, no, I don't think the horse has left the barn.  Innovation is happening right now and as providers like whatsapp (see http://blog.whatsapp.com/index.php/2012/06/why-we-dont-sell-ads/) continue experiencing more success, others will take note as well.

Great question, Sarah. I am a colleague of Steve's here at Bandwidth. RingCentral is a perfect example of a carrier that is innovating with phone numbers. The company powers talk, text and fax for end-users, all from a single phone number.  This capability has great potential for innovating in enterprise mobility. It's about decoupling a number from a specific device and moving it into the cloud.

R Clark 8/29/2013 | 10:25:04 PM
Partners Good points - telcos bring plenty to the table, including an actual revenue stream, but it's tough to compete against free. I'm watching to see if more telcos strike partnerships with the messaging firms, on the basis of the 'if you're going to get cannibalised you may as well cannabilise yourself' principle.
Reply | Post Message | MESSAGES LIST | START A BOARD 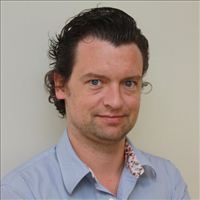 Your companies offers such services in wholesales to OTTs, ours does as well.

It allows them to focus at what they do best : developping innovative new services (far better than what traditional service providers will ever be able to build themselves), while including the good things of the traditional telephone networks : quality of service, interoperability with other networks (OTT or traditional networks) and 911/112 reachability.

But these features have a cost and OTT services including them will never be free...

F,Alpizar 8/30/2013 | 10:48:52 PM
Re: Phone number I believe value will come from the connectivity. OTT applications are useless without the connectivity (try to make a skype call in Mexico over 3G to see if you can...). Also, OTT is not really free... advertising is a way to get revenue from those free messaging apps, an that comes with your location, name, phone number, etc.. all that information that we like to keep private, but give away for "free" services. So, telecom operators will need to reinvent themselves to compete against OTT, as IBM did to compete in the IT business world, went from hardware to software to services.. what would a carrier do?
Reply | Post Message | MESSAGES LIST | START A BOARD

Now that you have said in your mind...NO....they could not do that!  Look at the profit the carriers are making and ask yourself.  What the carriers are complaining about is that somebody else came up with a good or great business model.  They can NOT complain that their business model is not profitable.  If they were LOSING money then discontinue the service!

F,Alpizar 8/31/2013 | 1:47:42 PM
Re: Phone number If the broadband service is not profitable enough, then yes, turn it off... if you don't do it is because you believe that you can get profit from that infrastructure in another way. Better business models are what we need, thats how services get better and markets get open. Here we had a monopoly for long time, when cable operators started to provide voice and internet, we started to have option and better service. Same thing happened with the music industry. New business model, now they don't sell pieces of plastic anymore, sell the sell bit streams.
Reply | Post Message | MESSAGES LIST | START A BOARD
Page 1 / 2   >   >>
EDUCATIONAL RESOURCES
sponsor supplied content
ADLINK's MSDK Plus Enhances Intel® Media SDK to Provide End-to-End Functionality
Educational Resources Archive
More Blogs from Column
5G trends to watch in 2021