Edward Parkinson this year is celebrating a full decade of work on what is today FirstNet. Roughly ten years ago he was a staffer for former Rep. Peter King of New York, working on the legislation that would eventually create FirstNet. He then joined the nascent agency in 2013 as its chief of government affairs  FirstNet's third employee.

After serving as an acting CEO in 2018, Parkinson was named the organization's permanent chief executive in May 2019.

"I've been very fortunate to have seen this program evolve from an idea to its passage, to the law," he said.

FirstNet, of course, is the First Responder Network Authority, an independent agency within the US Department of Commerce's National Telecommunications and Information Administration (NTIA) that oversees the FirstNet network, which is specifically dedicated to US emergency responders and the public safety community. The agency traces its origins to the communications troubles first responders encountered during their reactions to the September 11, 2001, terrorist attacks in New York City. 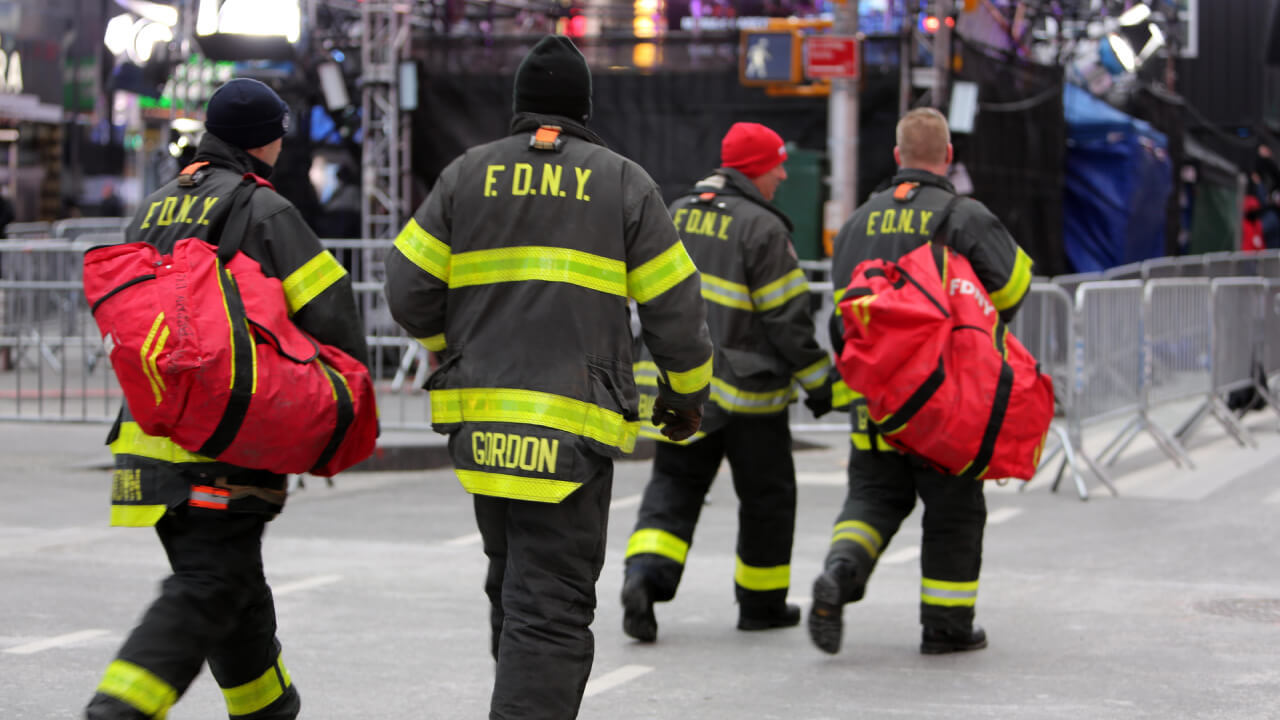 In 2017, AT&T won the contract to build out FirstNet's 20MHz of spectrum in the 700MHz band (Band 14). To do that, AT&T is installing FirstNet 700MHz transmitters on its towers and on the towers of some supporting partner carriers. Both FirstNet customers and AT&T's commercial customers have access to FirstNet's spectrum as well as AT&T's other spectrum bands, though FirstNet customers receive priority access  meaning, they get first dibs on any available network capacity in an emergency. As AT&T passes FirstNet buildout goals, it receives portions of Congress' $6.5 billion FirstNet allotment.

"The Nationwide Public Safety Broadband Network is just that: it is America's only nationwide, interoperable network that is specifically designed for public safety," Parkinson explained.

AT&T is now headed into the final year of its initial five-year FirstNet commitment. The company currently covers 95% of the territory it agreed to cover in that five-year stretch, blanketing 2.71 million square miles of territory across the US. (That's the only coverage metric FirstNet provides publicly; it doesn't disclose the number of cell towers it's using or the number of people it covers.)

Nonetheless, today FirstNet counts more than 3 million connections across more than 19,000 public safety agencies. Those FirstNet users have access to more than 300 supported devices and close to 200 applications and services in the FirstNet "app catalog."

Much of that connectivity today is on 4G LTE. But that's not where it will stay. "It'll evolve into a 5G ecosystem. And, in time, into a 6G ecosystem, and beyond. We'll see additional coverage expansion. We'll see integration of different tools and technologies and assets into the network. And this provides that unique apparatus that is FirstNet," Parkinson said. 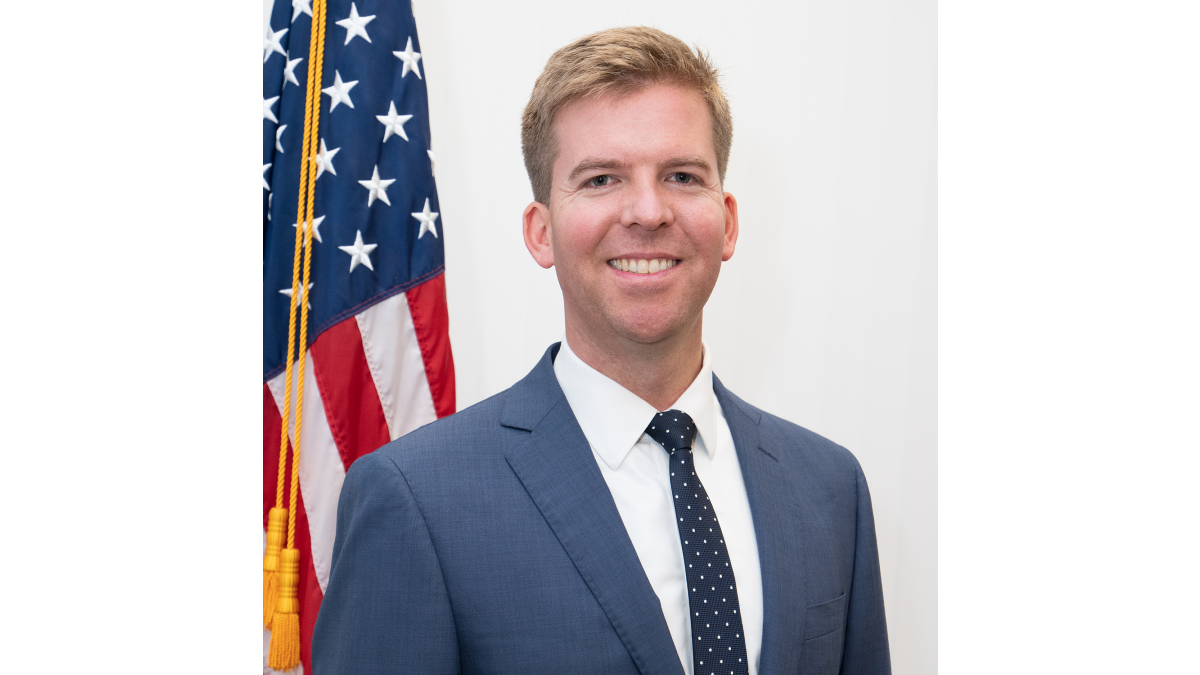 This conversation has been edited for brevity and clarity.

Light Reading: Can you talk about what FirstNet users are doing on the network, beyond standard data and calling services?

Parkinson: It has been a very, very interesting evolution of the program to see how public safety has leveraged this.

One key aspect of the network is our deployable fleet. We've been able to evolve the use of deployables  again, based off the needs of public safety. We've got well over a hundred deployables now that we use. And some of these are different form factors.

There's the FirstNet One blimp, which was deployed down in Louisiana after Hurricane Laura last summer. We also have just regular Cells On Light Trucks, COLTS, that are out there providing service for pre-planned or unplanned events. We have CRDs: These are Compact, Rapid Deployables, which you can stick on the back of a 4x4 and roll that service into hard-to-reach areas.

We've also integrated new things, such as Z access. We all, in our smartphones today, have X and Y access, but to understand how high, what elevation an individual  maybe a downed firefighter  is, is super, super important.

I think what we're really excited about is understanding where we may go in the future. Mission-critical, push-to-talk is going to be a very important part of where things go in terms of the use case for public safety.

We also have the ability to integrate our FirstNet Central tool. This provides the incident commander an ability to give those agencies using FirstNet a behind-the-scenes look at the network status, to understand where network outages may occur and how the network is performing. That again is unique. You don't see that in the commercial space.

Light Reading: Let's talk about 5G. How might FirstNet be using the various "flavors" of 5G, from lowband spectrum to midband, C-band spectrum to highband, millimeter wave (mmWave) spectrum?

There's more work to be done, of course. In terms of the C-band, we're looking forward to providing that service in the future.

Light Reading: AT&T is moving its 5G core network operations into Microsoft's Azure cloud. I'm assuming this is not a surprise to FirstNet, and won't impact the service?

So, no concerns on that one.

Light Reading: How has the COVID-19 pandemic affected the FirstNet network?

Parkinson: What I can tell you is that, from January 2020 to May 2020, that beginning phase of the pandemic, AT&T saw first responders on the FirstNet consume 2x more data compared to a general consumer on their commercial network. So, just a huge increase.

And that really showed us, and AT&T, the need and importance of having a network purpose-built for public safety.

Light Reading: What should we expect from FirstNet in 2022, the final year of this first portion of the AT&T contract?

Parkinson: One can't sit still. You've always gotta be thinking ahead and looking ahead.

We're going to probably be doubling down on the app catalog. We've got over 190 apps in there already.

We already have more than 350 devices with Band 14 [700MHz] access. And that's really, really important. There were none just a few short years ago

So, I think that's going to be interesting to see how those two ecosystems continue to grow.

We also have a big, big play in investments. The program calls for reinvestments back into the system. And so, as the Authority, we are laser focused on trying to continue that. We've already done two major investments: expanding the deployable fleet and upgrading our core with 5G. And so those two are up and running. We will see more investments coming out of the door in 2022. So I'm very excited about that.

We also released an RFI [request for information] seeking input on any ongoing research into off-network communications technologies. So that RFI will kind of give us an opportunity to engage with those communities and those vendors working on the next generation of D-to-D [device-to-device] technologies. So I think that's going to be fascinating.