Eight months ago, Anterix said that it expected to ink a handful of private wireless networking deals worth over $200 million in "contracted proceeds" by March of 2022. However, the company isn't sure all the contracts will come through before the end of the quarter.

"I'm also a realist," said Ryan Gerbrandt, the company's CFO, during Anterix's quarterly earnings conference call last week, according to a company-provided transcript of the event. "We've seen already what can happen to the timing of these deals as we get to the close and can't rule out the alternative of that the agreements may push beyond March 31."

The financial analysts at B. Riley Securities acknowledged that Anterix appears to have "backed off" its goal.

"Instead, Anterix attempted to focus investors' attention on its unchanged longer-term guidance of generating $1.8 billion of contracted spectrum license proceeds by fiscal year 2024," they wrote in a note to investors.

As a result, the analysts now expect Anterix to report just $146 million in "contracted spectrum lease proceeds" by March.

Nonetheless, the analysts with B. Riley Securities  as well as Anterix executives  maintained a positive outlook on the company's broader business, which involves leasing 900MHz spectrum licenses to utilities and others looking to build their own private wireless networks.

"I believe it's not a matter of 'if' but rather 'when' we close these contracts," said Anterix CEO Robert Schwartz.

Schwartz added that Anterix is now working with a total of 60 utility companies, several of which are in the final phases of signing official commercial deals with the broadband provider.

Indeed, Texas State University recently announced it is working with Anterix and others on a "smart networks lab" project for utilities.

Anterix's business model hinges on getting utilities and others to pay millions of dollars for access to spectrum licenses ideal for private wireless networks, including those based on 4G and 5G technologies. Such networks can support a wide array of applications including potentially stopping wildfires by turning off broken power lines before they hit the ground.

Suppliers such as Cisco and Sierra Wireless have agreed to build equipment specifically for networks using Anterix's spectrum holdings, and Anterix has already announced a handful of commercial agreements with utilities. 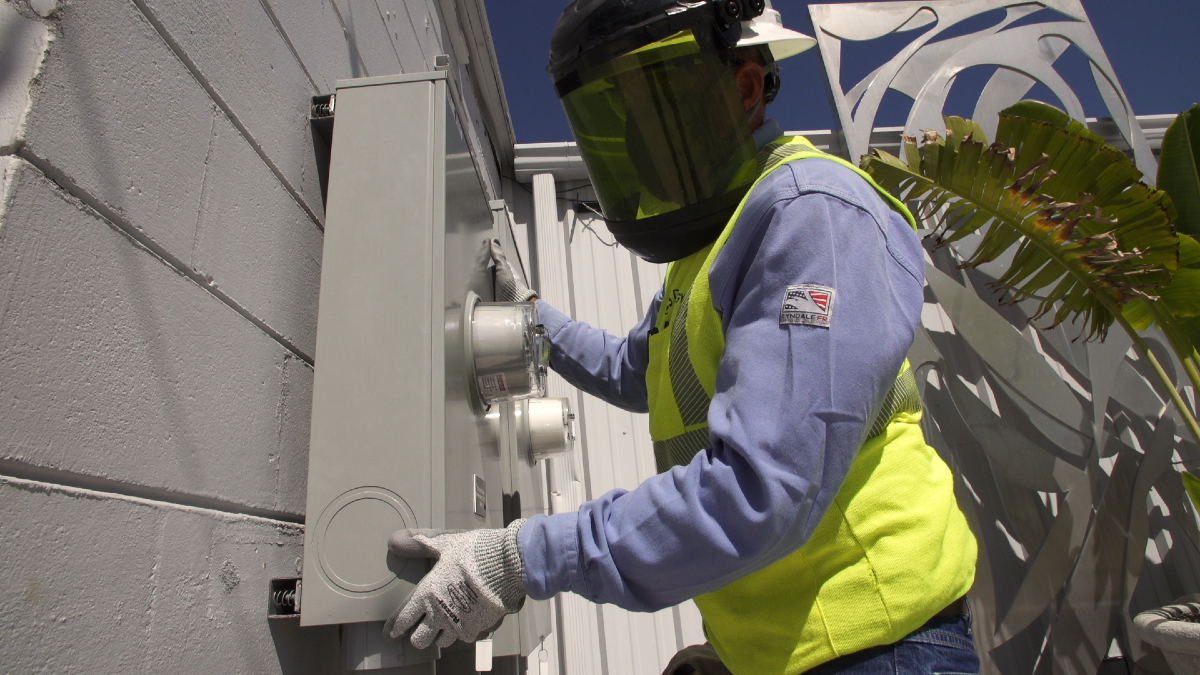 Connections to utility meters is among the many applications touted by Anterix.
(Source: Duke Energy)

But Anterix is clearly seeing some hesitation among its potential customers. That's noteworthy considering that research and consulting firm Dell'Oro Group recently reduced its expectations for sales of equipment running in the 3.5GHz CBRS spectrum band partly due to sluggish sales in the private wireless networking industry.