Orange CEO says something is rotten in the state of telecom

NOT COPENHAGEN  Digital Transformation World 2020  Here's another troubling thought for a telecom industry that already has worries aplenty: By 2025, so-called "technical debt" is forecast to consume about 40% of an operator's entire IT budget.

Technical debt, for the uninitiated, is the extra hassle caused by relying on a quick fix rather than investing in a more fit-for-purpose technology.

Imagine you have a bike that's falling apart. The ideal solution would be to invest in a replacement, but this would also be expensive and time-consuming while you peruse catalogs, visit bike shops and weigh a decision.

Instead, you patch it up with duct tape and other low-cost materials and make do. Every day, the trip to work takes longer, the saddle-soreness grows and the repair jobs demand your attention.

That's technical debt  or it would be if bikes had anything to do with software.

The warning has come from no less a telecom personage than Stephane Richard, the CEO of Orange, although he attributes the prediction to other "studies" without naming their authors.

"Carriers often struggle to balance quick-fix changes to meet short-term business needs, which only increase their technical debt, with investing in sustainable long-term transformation of the business and the software that runs it," he complained.

Richard was speaking at the TM Forum's Digital Transformation World (DTW) event, which kicked off somewhere in cyberspace this week.

Attendees normally look forward to the show because it means traveling to the south of France in May for several days of guzzling Roquefort, quaffing vin rouge and maybe even frolicking avec suppliers on the Nice plage, beneath a sun fully roused from its early-spring slumber. 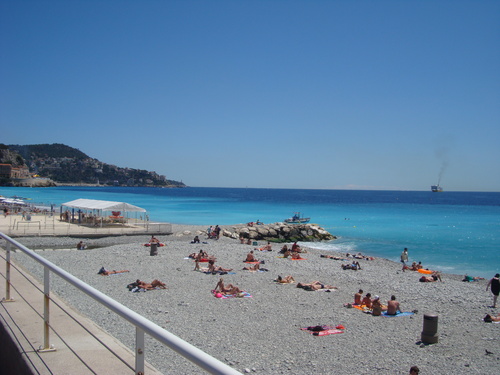 Those were the days.

Organizers had cruelly shifted this year's event to the chillier and overpriced environs of Copenhagen. Then coronavirus struck and plans for another (delayed) online event made everyone wish for the Scandi noir.

Location aside, Richard's discussion around technical debt is interesting for a few reasons.

First, he's a CEO, not a CIO or CTO. To hear the boss of a Tier 1 operator using expressions like "cloud-native" and "open APIs," as Richard did, would have been unimaginable just a few years ago, when those topics seemed off-limits to anyone outside geekdom.

It shows the nuts and bolts have become a matter of survival for some telcos as a few Internet giants make inroads into their business and others.

"It has never been so key," said Richard about his IT systems. "It is no longer the concern of the CIO alone but a strategic capability that is highly visible in the boardroom, but we have to take an honest look at the way we operate IT."

In short, that is too complex, too rigid and too cost-intensive, he said. Core IT systems are "often made of monoliths." Legacy processes are a "systemic part of the problem." And progress on addressing the various challenges is slow  hence Richard's reference to the 2025 prediction.

So what is the answer?

Unsurprisingly, given the "venue," Richard gave his endorsement to One Digital Architecture (ODA), the TM Forum's initiative for developing more interoperable and less clunky IT systems.

"ODA will mark a significant change and remove the need for customization," he said as a beaming Nik Willetts, the TM Forum's CEO, looked on. "By being plug and play, it reduces the time and cost of integration."

The more attention-grabbing remark was the suggestion the TM Forum should hop into bed with the GSM Association (GSMA), a more prominent industry group that hosts the Mobile World Congress, the sector's largest event, in years when outbreak and contagion are just Hollywood movies.

"The TM Forum is for IT and data and AI what the GSMA is for the network," said Richard. "We need to see how they can work closer together."

This had obviously been sanctioned by Willetts  which implies some virtual outreach has taken place behind the scenes  and he was quick to follow up and ask Richard to elaborate.

Quite possibly, everybody would profit from fewer organizations. Those seem to have mushroomed in telecom over the past few years, sparking fears of "forked" standards and duplication of effort.

Just this week, the TM Forum said it had pooled resources with the Metro Ethernet Forum, another body, to prevent a possible fork.

Two related developments provide the pretext for a tie-up between the GSMA and the TM Forum, as far as Richard is concerned.

The first is geopolitics, which now threatens the global order that has brought such massive economies of scale for the telecom industry. Richard warned of "technical fragmentation within the global supply chain," echoing comments he made earlier in the year on the same issue.

The second is the ongoing convergence between the network and IT domains. The rapid "softwarization" of networks could produce alternatives to the Chinese vendors as they are squeezed out of European contracts. Uniting the industry's main networks association with an important IT one might help.

As online events go, this was a slick and assured production by the TM Forum, and it might ward off some of the virtual fatigue that trade show regulars must be feeling as they give the finger to 2020.

But it lacked the spontaneity that comes at a physical event and some of the dialog felt overly rehearsed. A peculiar awards section featured short videos of winners' "surprise" reactions, as if the TM Forum had installed surveillance gear in their homes without anyone's knowledge.

And as for the usual trade show hospitality, bonne chance procuring a free café au lait or pain au chocolat in cyberspace.

The urgent need for federated inventory
Why zero-touch, end-to-end network & service orchestration is a must
Removing Telco Ecosystem Complexities Through End-To-End Service & Network Orchestration by ABI Research
New approaches to end-to-end service and network orchestration
More Blogs from Morris Lore
Gigabit for all should be last of the UK's concerns