If anyone still harbored any doubts that Oracle Corp. was serious about the telecom sector then they can dispel them right now, as the software giant announced Monday that it's buying Tekelec for an undisclosed sum. (See Oracle Buys Tekelec.)

Oracle has been building its telecom technology arsenal for a number of years, focusing primarily on OSS and BSS (core Service Provider Information Technologyassets). But it signaled new intentions in January this year when it announced the impending acquisition of Acme Packet Inc., a move that will take it into the network infrastructure market and give it a prime seat on the network functions virtualization (NFV) bandwagon. (See Oracle to Acquire Acme for $1.7B and Is Acme a Virtual Gain for Oracle?)

Now it's buying Tekelec, which in the past has been known for its traditional SS7 signaling systems, but is now best known for its policy control, subscriber data management and Diameter routing (packet signaling management) platforms. Tekelec is also one of the companies at the forefront of NFV developments, having created a virtualized version of its Diameter Signaling Router and PCRF (Policy and Charging Rules Function) platforms.

But Heavy Reading Senior Analyst Jim Hodges doesn't see this as an issue. "While there is some overlap between Tekelec and Acme Packet in terms of Diameter products, Tekelec also brings to the table other unique data management and policy capabilities that will help Oracle expand market coverage. Like the Acme Packet acquisition, this wouldn't have made sense only a few years ago, but does today in this world of network virtualization and policy control enabled personalized services."

Tekelec is a private company, so there will be scant financial details about the proposed transaction. The company went private in January 2012 following a $780 million buy-out by a consortium of investors led by Siris Capital Group. (See Has Tekelec Been Undervalued?)

But only months after that transaction there was talk in the market that Tekelec was up for grabs. (See Tekelec Back in M&A Mode.)

alperburak 3/28/2013 | 10:44:07 AM
re: Oracle Snaps Up Tekelec Not necessarily. Sonus can complement the Class 4 TDM interconnect core for the carrier-á&-áentry-álevel CPE for the enterprise.
Reply | Post Message | MESSAGES LIST | START A BOARD 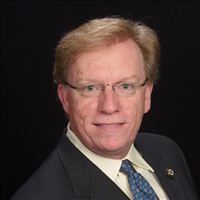 Gabriel Brown 3/26/2013 | 9:00:37 AM
re: Oracle Snaps Up Tekelec Looks like a textbook move by the PE investor that took Tekelec private and split it into a-ágrowth company with hot technology, but not so much revenue, and a mature business with good cash flow. Obviously that depends on the sale price.
Reply | Post Message | MESSAGES LIST | START A BOARD

grecanico 3/26/2013 | 7:13:38 AM
re: Oracle Snaps Up Tekelec Bold move from Oracle. What is intriguing me is: they should decide which product from Tekelec and which from Acme will survive. Seeing their presentation it seems clear, Acme for SBC and Tekelec for Diameter. Now they entered in a brand new market for them: stronger and growing competition, lower margins with respect traditional sw licences, small volumes of revenue (today) to be seen as a sound contribution to the company results. I think they should lower their positioning in terms of prices and margins. The last consideration is that Oracle is now present in new operators departments, not only IT but the traditional telco engineering, they'll be able to give to these slow moving depts a spin to complete innovate Telcos? Simplified architectures, like the death of IMS and RCS as we know them, developments based on web tecnologies, incentive towards application integration instead of protocol based integration, etc. What do you think Ray?
Reply | Post Message | MESSAGES LIST | START A BOARD