Fixed wireless startup WeLink is expanding its broadband service to more areas of Las Vegas and is also entering the Phoenix and Tucson, Arizona markets. The company, which was founded in 2018, currently serves an undisclosed number of customers in parts of Las Vegas.

WeLink uses the 60 GHz and 70 MHz spectrum bands coupled with the 802.11ay transmission standard to provide symmetrical uplink and downlink speeds of 1 Gbit/s. It also uses an outdoor mesh network configuration to extend its coverage.

WeLink recently teamed with Amazons eero, which provides the in-home router for the service and uses an intelligent mesh Wi-Fi system to amplify the broadband signal inside the home, allowing for better connectivity. 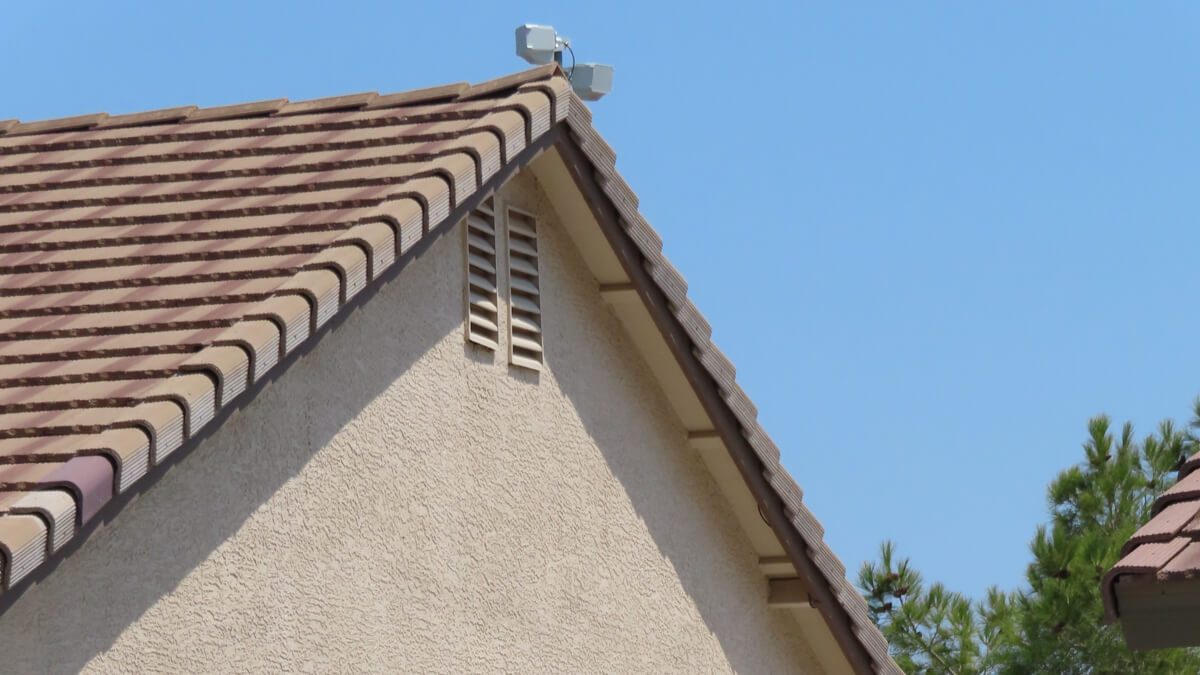 A WeLink radio device sits atop a residential home as part of the company's recent network deployments. Photo courtesy of WeLink.

The company charges $80 per month without a contract for its service and $70 per month for a 24-month contract. After 24 months of service, WeLink will reduce the monthly rate by $10 per month.

Luke Langford, president of WeLink said that the company isnt revealing the number of customers it has in the Las Vegas market but said the company is growing aggressively and is getting double-digit penetration rates in neighborhoods where it offers service.

And unlike mmWave 5G fixed wireless services such as those offered by Verizon or T-Mobile, Langford said that WeLink can cover more area because of its mesh network. "The mesh architecture can get around obstacles, he said. "We can cover almost every home."

The company is using the $185 million investment it received from Digital Alpha Advisors, an investment firm with ties to Cisco, last January to fund its expansion into more markets.

Langford added that since it received the funding from Digital Alpha, the company has been refining its technology, finding fiber providers for its backhaul and navigating the supply chain to find manufacturers for its equipment. Weve been laying the foundation for our expansion, he said.

Kevin Ross, founder, chairman and CEO of WeLink, added that the company picked the Las Vegas, Phoenix and Tucson markets as its first markets because of their close proximity to the companys headquarters in Utah and also because of the topography. However, he added that WeLinks fixed wireless service is suitable for a lot of major metropolitan areas. Anywhere there is density and suburban sprawl, this solution works well, he said.

The company is facing tough competition from cable providers Cox Communications and Comcast, and telcos like Lumen (CenturyLink), which already offer broadband service in those markets.

"By far the biggest competitors are the cable companies," Ross said. Langford added, however, that the cable competitors are charging a lot more (sometimes as much as $120 to $150 per month) for comparable speeds and that WeLink believes its simple pricing model will appeal to consumers. "Our customers love the faster speeds and are demanding it."

In addition, the company plans to differentiate itself from its cable competitors with its customer service. "We try to be the internet provider that we want to have and we are instilling that in our company culture," Ross said.

WeLinks service does require a visit from a technician who installs an antenna on a roof and also equips the home with the eero router. But WeLink doesnt charge installation fees. In addition, it allows customers to trial the service for one month for free. "We believe our services work but we give the customer the first month for free," Ross said. "We have a very low attrition rate."

The company plans to expand to ten more metropolitan markets within the next 18 to 24 months.