It is the latest project for a company that has been building up its share of the growing Iraqi market quite a bit of late. 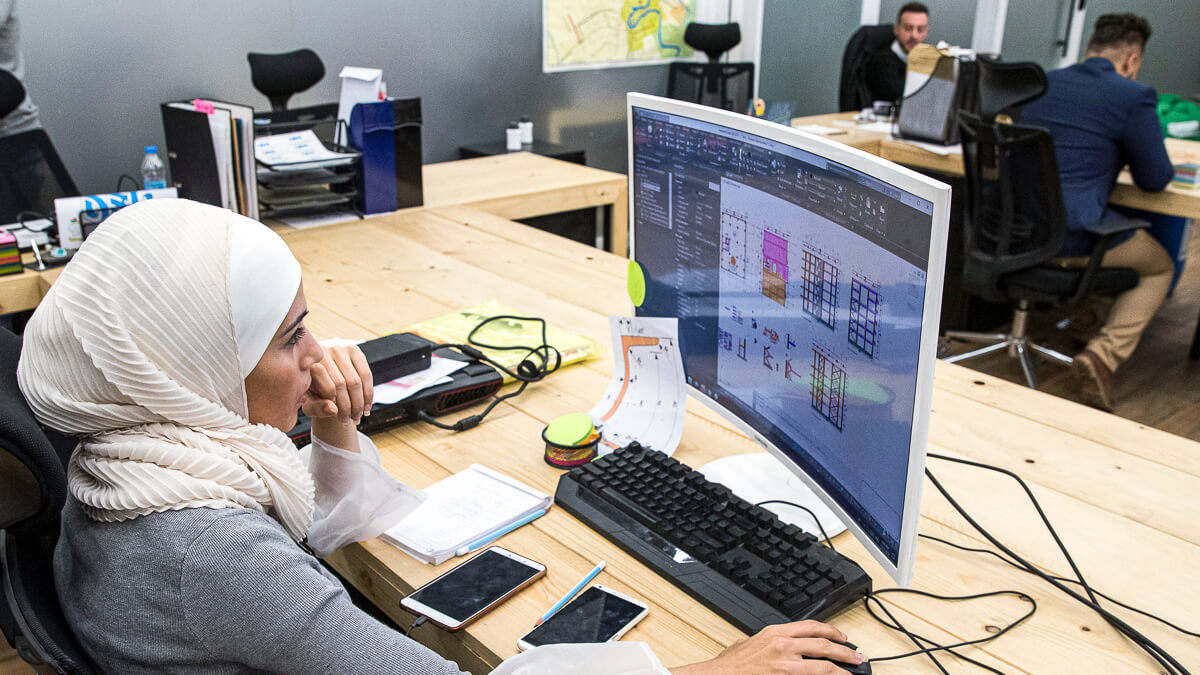 Build it out: Iraq saw a 55% boom in its online population in 2019-20.
(Source: DPA Picture Alliance/Alamy Stock Photo)

Iraqi Internet is, after all, boom territory.

The number of Internet users in the country increased by 55% between 2019 and 2020, or 11 million people, says Simon Kemp, chief analyst at DataReportal.

And as of this January there are 30.52 million Internet users in the country of 40.2 million people.

Earthlink, for its part, operates 5,200 public Wi-Fi points across the country. So it and the Finnish vendor will now build 60 new nodes, in a project that by the end of 2021 will bring broadband to 3.5 million people.

Nokia says it is installing a 100-gigabit capacity network which "can be easily upgraded to 400G as and when required," based on its 7750 service router and 7250 interconnect router.

And the national broadband network will "help the country leapfrog in the growing digital economy" and "allow the delivery of new services, including Fiber-to-the-X, Internet of Things, and IPTV," says Nokia.

It's not like Iraq is a fleeting dalliance for Nokia.

All this comes a year after Nokia agreed to provide the main backbone for Iraq's Internet infrastructure, in a deal to supply and install IP routers for the state-owned Informatics and Telecommunications Public Company.

Nokia also deepened an existing partnership over the summer with Iraq's Asiacell Telecom, a telco which has expanded nationally after originating in the Kurdish provinces.

At the start of the year, Nokia started a two-year project to optimize Asiacell's network nationwide. Then in August it began a five-year project to modernize 3,000 network links across the country and build a new microwave network, using Nokia's Wavence radios.

Kurds in their way

But if Iraq is a booming Internet market, it's also one where other providers have got burned.

Orange has international arbitration proceedings with Iraq ongoing over a soured $400 million investment in Korek Telecom, the country's third-biggest operator.

In late 2013 Iraq's National Communications and Media Commission wrote to Orange and another investor, Kuwaiti logistics company Agility, to say their joint 44% stake in Korek was being expropriated and handed over to local investors.

The commission argued Orange and Agility hadn't fulfilled an obligation to offer full national network coverage, or to list the company on the Iraqi stock market.

But Korek's managing director, Sirwan Barzani, who now owns a 75% stake in the company, is also a nephew of the Kurdistan Regional Government's former president Massoud Barzani, and first cousin of his successor, Nechirvan Birzani.

Meanwhile the head of Iraq's communications regulator and his wife allegedly stayed until 2018 in a house in Wembley in north London which Korek's senior advisor Raymond Rahmeh allegedly bought for £830,000 in cash in 2014 through an intermediary.

All of which is to say telco in Iraq isn't necessarily for the faint of heart.

But Nokia, by preferring to provide routers and services instead of taking stakes in local companies, seems to be navigating the potential pitfalls rather better.

A spokesperson for Korek, in an email to Light Reading, via our legal counsel, said: "A number of seriously false and defamatory allegations have been made as part of a campaign against Korek and its founder through a strategy of multiple litigations and arbitrations.

"Korek believes that the facts have been grossly misrepresented and mischaracterized.

"Mr. Barzani will continue to vigorously defend himself in all of these proceedings and has acted and will continue to act in the best interests of Korek, its stakeholders and the people of Kurdistan and Iraq."

[Editor's note: In February 2022, attorneys representing Korek Telecom Company LLC and Sirwan Mustafa requested that we print their reaction to this story. We've done so above, amending the story by adding the final three paragraphs and amending the section just above that to correct Raymond Rahmeh's title.]