Artificial Intelligence is changing the way telecom networks are built, but at least one ISP -- one of the world's largest -- said it doesn't need AI because it built its network correctly, with loads of bandwidth and rules-based automation.

The telecom research firm Tractica LLC estimates that telecom AI software revenue will grow from $315.7 million in 2016 to more than $11.3 billion in 2025, at a compound annual growth rate (CAGR) of 48.8%. But even though AI is growing quickly and steadily being put to use to help automate processes with the goal of creating mostly autonomous networks, not every case for network management includes AI-driven solutions.

"I'm much more in the 'not only dumb pipe, but dumb network' camp," said Dave Schaeffer, CEO of Cogent Communications Holdings Inc. (Nasdaq: CCOI), in a recent interview with Light Reading. "I view bandwidth as the solution to the problem."

"If you oversubscribe a network, you need to ration out that bandwidth and do all kinds of traffic management for a just-in-time strategy to me it's all about the physical layer, first. And there, there's no artificial intelligence -- you've either got fiber to the location or you don't," Schaeffer said. 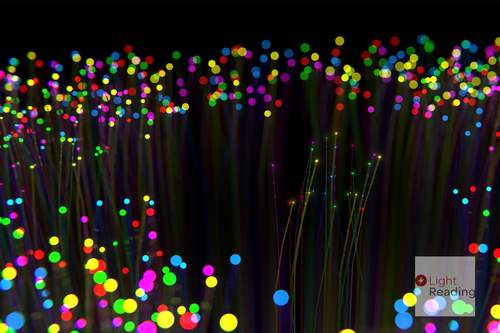 "Once you do that, you build a network that is not oversubscribed and non-blocked, which means at the transport layer you have no contention and you have ample throughput for every customer concurrently using the network, in both directions," he explained. "At the routing layer, you have to assume that the packets get distributed in the smallest packet size that Ethernet will support, and then you have enough route processing not to queue those packets."

He added: "If you take those two principles and rigidly adhere to them, there's not a whole lot of intelligence you need in your network."

There are really two things that need to stay in balance when you're in the business of running a network that provides connectivity, Schaeffer said.

"One is, you need to have a kind of just-in-time inventory management, so you're not carrying any unused inventory," he said. "The second, and almost orthogonal thought, is to own the physical network. [If you own the network], you are in a position where you can capture those economic benefits and I think our two-fiber DWDM solution is the right one that is almost at the optimal point of those two competing forces."

Cogent, of course, is likely the exception that proves the rule. AI will be a huge force in telecom because most telecom network operators aren't just selling the highest speed connections they can provide at the lowest possible cost. Cogent sells big bandwidth connections to other businesses using fiber it either owns outright or leases from other carriers. It sells an on-net Internet service of 100 Mbit/s to business customers and a service of up to 100 Gbit/s to businesses, other carriers, and hyperscale web companies such as social media networks and Internet video providers.

Indeed, as the world's telcos cringe while Netflix and other over-the-top companies get bigger, use more bandwidth and increasingly compete with their residential pay TV businesses, Cogent keeps selling to all the big OTT players and only wants them to keep creating the need for more bandwidth.

The insatiable appetite for residential bandwidth is good for Cogent, Schaeffer argued on a recent earnings conference call. "As those hyperscale models continue to drive down the cost of developing new applications on the Internet, end-user consumers spend more time online with more bandwidth-intensive applications," he said. "Because we sell to over 6,300 networks around the world that distribute our bandwidth, if their users, which are primarily residential, are using more bits -- that's a good thing for Cogent."

Like what we have to say? Click here to sign up to our daily newsletter
COMMENTS
Newest First | Oldest First | Threaded View
Add Comment
Be the first to post a comment regarding this story.
EDUCATIONAL RESOURCES
sponsor supplied content
eBook: The 100G Challenge and Beyond
The Bandwidth Race Is On for 100 Gbps
Running Out of Bandwidth? Take a Fresh Look at 100G
Educational Resources Archive
More Blogs from The Philter
Comcast pitches smart solutions for clever cities