Attilio Zani doesn't look especially nautical when he meets Light Reading in central London, several weeks before the Telecom Infra Project (TIP) -- the Facebook-led group he directs -- heads to Amsterdam for its latest annual summit. But it's to a seafaring metaphor he turns when asked if TIP is really making an impact.

"The telecom industry is a bit like a supertanker, but we have a coalition of willing parties from telcos jumping into speedboats and trying to go faster," he says. "Getting the supertanker to join with us will be a challenge."

Three and a half years since it sailed into the market, TIP looks a bit like a supertanker itself. Its list of members is now so long that it's broken alphabetically into neat chunks on the organization's website. The mission statement is as big and bold as ever: To lead a revolution in what is often seen as a moribund market for telecom network equipment, driving down costs and spurring innovation. 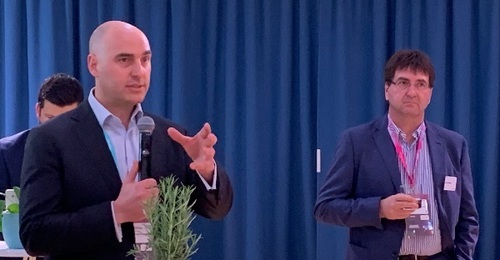 Zani calls it "democratizing telecom," and he admits there is still "a long way to go." Skeptics question TIP's significance when operators are choosing traditional suppliers and technologies developed in the old-fashioned way for their new 5G networks. That generational shift would seem the perfect opportunity for disruption. To stick with the ocean-going analogies, has TIP missed the boat?

Far from it, according to Zani. Despite the lack of any "big bang" moment, there is no shortage of activity behind the scenes. Service providers are stepping up and pooling their expertise, he says. Radio access networks (RANs) supporting commercial services already include TIP-generated components. Trials have been rolled over into production networks. If there seems to have been little recent publicity, one or two important announcements are imminent, Zani promises.

It all points to a less flashy role for TIP than some envisaged in early 2016, when Facebook launched the initiative at that year's Mobile World Congress (MWC) event in Barcelona. The "open source" group threatened to upend the equipment industry, just as Facebook's Open Compute Project had already done in data centers, said parts of the media. Yet most of TIP's activities today are not based on open source technology. The clash between the old and the new has also been overstated. "Throwing away relationships with successful and capable organizations that have provided solutions so far would probably be unwise," says Zani.

If there has been any change in approach, TIP's executive director has not been around long enough to know. Joining in September last year, he previously worked at the GSM Association (GSMA), a telecom trade group that runs MWC and forms part of the traditional set-up. But he is adamant that TIP is not trying to replace or become an alternative to groups like the GSMA or standards bodies such as ETSI and the 3GPP. It will never be a developer of specifications, he says.

What it can do is "drawdown" on the specifications that others develop and turn them into something practical through its various working groups. The goal remains ambitious. Noting the rampant vendor consolidation of recent years, Zani says he wants to "reinstall economies and breadth of choice for operators." This would set the industry up for what he calls its "next season," in which he reckons there will be an unprecedented need for collaboration. But reaching that point will be difficult when there are so many different associations and standards groups. TIP can be the industry's guide to solid ground.

"The symbiosis comes when we have an output from our project groups that has tested, checked and perhaps hardened the solution. That information needs to go back to the community where it can be considered by the specification," says Zani. "In that respect we are looking for TIP to have relations with a number of different organizations across the industry." TIP is already in discussions with the O-RAN Alliance, a relatively new telco-led group developing new RAN specifications, and the Open Networking Forum (ONF), another group with an open source focus. It has also made approaches to ETSI and the GSMA.

ethertype 10/3/2019 | 2:21:18 PM
Re: Three and a half years Sure, big telcos and traditional telecom vendors may be part of the problem, but TIP needs to look in the mirror too. The TIP leadership seems more interested in generating headlines and taking credit than in making real progress. Membership is free, so everyone signs up, but few are really doing work within TIP working groups. It's particularly telling that the most aggressive telco in pushing open, disaggregated solutions is AT&T and they are allergic to TIP.
Reply | Post Message | MESSAGES LIST | START A BOARD

Sterling Perrin 10/3/2019 | 10:11:07 AM
Three and a half years 3.5 years is an interesting timeframe to take a pulse on TIP. Back when open source arrived in telecom, speed of innovation (not lower cost) was heralded as the biggest reason for telecom to adopt open source technologies and processes. Research showed that while major telecom standards took roughly 3 years start to finish (i.e., IETF work), IT open source projects were being delivered in about 1 year.

But porting the IT open source model into telecom seems to have had the reverse effect: open source didn't speed up telecom. Telecom slowed down open source!