Open RAN's ballyhooed specialists are becoming less specialist. The hardware makers are now writing software, the coders have started to build boxes and the customers are buying all their RAN products from the same supplier. Open RAN was supposedly about ensuring different suppliers would mix as well as chili sauce and tortillas so that specialists could compete against giant vendors selling the whole enchilada. Has the recipe gone wrong?

While it would be an exaggeration to say the specialists are vanishing entirely, a few of the most prominent open RAN players that started out as specialists have now broadened their activities. Top of the list is Mavenir. Known mainly in the open RAN market as a developer of baseband software, it began making radio units in 2020. Japan's NEC has moved in the opposite direction. Having built a reputation as a vendor of radio units, it started talking up a new baseband software product before this year's Mobile World Congress.

Baicells appears to have done something similar. The Chinese company, which provides radio units to the likes of Vodafone, has abandoned its original focus on hardware, according to Minchul Ho, the general manager of the company's America business. "Absolutely," he told Light Reading when asked if Baicells can supply its own baseband software. "That is a mindset change we made. In the past, we were only a radio head manufacturer, but because of open RAN's capabilities we have moved into software and developing the BBU [baseband unit]." 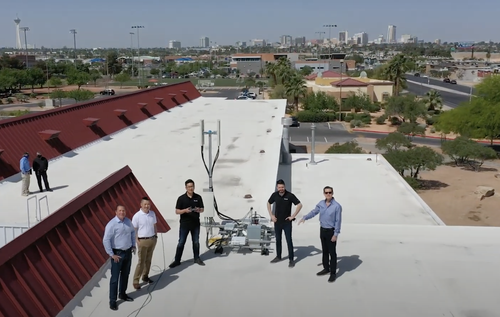 As religious as open RAN sometimes looks, there is no commandment that says "thou shalt not branch out." But the morphing of specialists into miniaturized versions of Ericsson and Nokia would clearly be at odds with open RAN's original premise. It could also turn former partners into rivals, and already seems to have driven a wedge between Baicells and Mavenir, which had previously teamed up on interoperability testing.

Former specialists will obviously have less commercial incentive to work with partners if they start to offer the same products. Even if those partnerships survive, operators will probably find the commercial arrangements look better when they buy more products from the same vendor. For one thing, there would be less apparent need for a third-party systems integrator – the likes of Capgemini and Tech Mahindra, as far as Baicells is concerned – to slot everything together.

Integration continues to be one of open RAN's biggest problems, according to Tommi Uitto, the head of Nokia's mobile business. "There are so many different implementation options," he told Light Reading at a recent meeting in central London. "The standard is too open on that. We have to agree on how to implement beamforming in the DU and RU, even if it is O-RAN compliant. It is not accurate or precise enough to be plug-and-play."

O-RAN here refers to the O-RAN Alliance, the group that has been developing open RAN specifications. Despite their availability, there are few high profile examples of companies running commercial open RAN networks based on those specifications. Vodafone UK remains the only big European operator to have publicized plans for an open RAN deployment covering thousands of macro sites. But it is relying heavily on Samsung, a South Korean vendor, for both radio units and DU software.

Perhaps the biggest challenge for the former specialists is matching the research and development (R&D) strength of the industry giants. Mavenir spent just $89 million on R&D in 2020, according to a filing with the US Securities and Exchange Commission – a tiny fraction of the roughly $3.9 billion that Ericsson invested that year. The comparison is unfair, open RAN supporters have argued, because Ericsson lacks Mavenir's focus. But Mavenir has inevitably lost some of that focus since it started dabbling in hardware.

All this could frustrate telco efforts to diversify the supplier market and produce alternatives to Ericsson, Huawei and Nokia. In a market of specialists and disaggregation, an operator would shop for each RAN component within a distinct group of suppliers. If the lines blur between those groups, partnerships die, and R&D budgets are spread more thinly, then smaller companies may struggle to survive.

NEC sharpens the beams with Blue Danube RF Coherency Technology
Integration, Partnership, Collaboration The Real Keys to Success in Open RAN
Moving to Open RAN - the biggest shift in radio access architecture
Open 5G Networks An In-Depth Look into the Priorities of the Tier 1s Leading the Charge to Mass Deployment
NeutrORAN - Open RAN based neutral host solutions in the UK
More Blogs from Morris Lore
Rakuten takes aim at VMware, and it's not the only threat