A fast-growing Japanese variant is now spreading nationwide. Cases have been observed in other parts of the world alongside local mutations. In the US, one strain bears similar characteristics to the main Japanese variant. In Europe, there is fear and uncertainty that foreign versions could become dominant.

It sounds like coronavirus with a subtly different backstory, but it sums up today's international market for open RAN. The telco industry is enthralled by the concept. Its complaint is that today's all-powerful suppliers are not compatible, forcing the operator of a mobile site to be faithful to one system and squeezing out the technology specialists. Open RAN interoperability could be a leg-up for smaller firms that diversifies the market. The risk is that it becomes a proliferation of incompatible systems.

In the absence of a standard approach backed by a single authority, there can be little confidence that one company's open RAN is the same as another's. Realizing economies of scale might then be much harder. In the worst-case scenario, an operator would be no better off than it is now, tied to one system, scared of pushing at its limits. 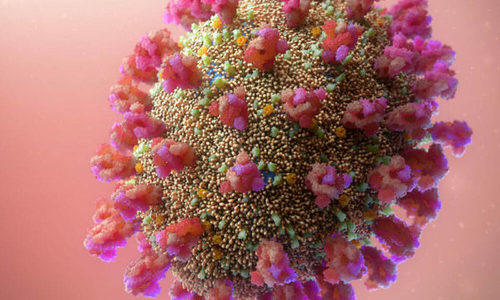 The signs are troubling. While the industry is supposed to have coalesced around specifications developed by the O-RAN Alliance, none of the open RAN networks recently examined by TeckNexus were "O-RAN compliant," said the market-research company in a January paper. Assembling its own gang of open RAN vendors this month, Japan's NTT DoCoMo paid tribute to the O-RAN Alliance but said that some issues "are only found at interoperability testing, which operators actually introducing open RAN have to deal with."

That came several months after Mathew Oommen, the head of network strategy for India's Jio, expressed similar reservations. "When people say they have open RAN, I think we have brute force RAN, brute forcing Nokia to interwork with another vendor with no open interfaces," he told the US Federal Communications Commission (FCC). "We need to come together on a common framework and standard."

No O-RAN Alliance for us

Japan's Rakuten has been the world's most prominent cheerleader for open RAN technology, and yet even that operator's 4G service does not use O-RAN Alliance specifications. "We did not have time to wait until these debates matured and crystalized," said Tareq Amin, Rakuten Mobile's chief technology officer, in October last year. "We thought we could achieve the same level of disaggregation that is intended by O-RAN and other forums."

This might suit Rakuten's domestic needs, but it prompts the same old questions about supplier interoperability. Rakuten's mobile network software comes largely from a US company called Altiostar, which Rakuten also controls. Encouragingly, the Japanese deployment has demonstrated Altiostar's compatibility with 4G hardware vendors including Flex, KMW and Nokia. Still, the Rakuten project offers no guarantee Altiostar works alongside any hardware vendor without customization. 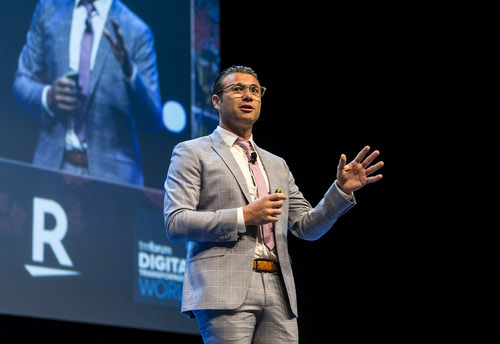 What remains unclear is whether the O-RAN Alliance can ever provide this certainty. Laurie Bigler, a researcher at AT&T, sounds dubious. "Having the specifications alone does not guarantee interoperability or performance," she told the same FCC panel that featured Oommen in September. "Integration is the biggest challenge ahead. You don't really find the issues with the specifications until you try to integrate two different vendors together."

That integration headache explains why some operators will continue to prefer the integrated systems they buy from Ericsson, Huawei and Nokia, today's dominant providers of radio access network products. But if the O-RAN Alliance cannot bring much pain relief, are its standards even worth the effort? While Rakuten's Amin says he has implemented "quite a bit" of what the O-RAN Alliance has produced for his 5G network, he appears to have jimmied the fronthaul technologies devised by the 3GPP, the mobile industry's main specifications group, for openness in 4G.

Theoretically, it seems there is no reason why the older CPRI and e-CPRI standards, the troublesome fronthaul interfaces that connect radios to baseband systems in the radio access network, cannot be fully opened. According to Mavenir, an Altiostar rival, they remain closed only because some of their owners  which comprise Ericsson, Huawei, NEC and Nokia  have no incentive to loosen their grip on the network.

Nokia, moreover, previously claimed to have opened some of the mobile interfaces that have an especially bad reputation. "We actually opened our X interface before anyone else, which is the one that allows basestations to talk to each other," said Marcus Weldon, the Finnish vendor's former chief technology officer, during the FCC's panel debate. "We pioneered the CPRI and e-CPRI specifications so we can get that fronthaul interface open. We have really always been open."

Of course, critics doubt this Finnish commitment to openness, even though Nokia has also been a member of the O-RAN Alliance since its inception. "The devil is in the detail and clearly we have to make sure that open specifications are full product specifications and not frameworks that allow proprietariness [sic] to creep back into some of the networks we've got," said John Baker, Mavenir's senior vice president of business development, in response to Weldon's remarks.

A collision of interests

Standards, though, should not be the priority, according to Francis Haysom, a principal analyst with Appledore Research. "Operators and vendors alike must also recognize that open RAN is fundamentally about enabling new network software ecosystems," he wrote for the Vanilla Plus website last month. "Standards will be important but are secondary to this aim."

That apparent concern has not stopped a pile-up of standards-like associations at open RAN's front door. The Facebook-led Telecom Infra Project (TIP), one of the most prominent, has insisted it is not a specifications body. It even clubbed together with the O-RAN Alliance this time last year to avoid any potential duplication. But the mushrooming of different interests has evidently brought confusion.

"I think it is important to get to a common reference definition, very important to get to one standard that is clearly interoperable, because we have TIP, GSMA, open RAN, O-RAN  many different forms," said Jio's Oommen, reeling off a list of associations and labels that have something to do with the new technology.

To that list, he might have added the 3GPP, Linux Foundation, Small Cell Forum and Open RAN Policy Coalition, all of which now have some involvement in the open RAN market. Ecosystem variants include the Rakuten Communications Platform, which offers Altiostar's software alongside other systems Rakuten has pioneered, and the 5G Open RAN Ecosystem, NTT DoCoMo's initiative. Europe's telco giants, meanwhile, have recently urged European governments to fund local open RAN companies so they are not dependent on Asian and US firms. Ericsson is unimpressed.

"One vision, many competing interests" is how Barclays describes the market in a report issued this week. If a standard cannot guarantee interoperability, as AT&T's Bigler suggests, it is perhaps no wonder that alliances, ecosystems and unilateral moves are now features of the landscape. But the many variants combined with a dose of protectionism will inevitably frustrate efforts to realize the global economies of scale that Ericsson, Huawei and Nokia have previously enjoyed. And as with COVID-19, further mutations are probably in store.