Google continues to make progress with its Android TV Operator tier, with a reported 140 service providers on board worldwide. Now it appears that Google's success in the pay-TV sector has grabbed the attention of Amazon, which wants to partner with MSOs using a version of Fire TV that is more optimized and customized to fit that market.

Amazon is "really engaging" with the pay-TV service provider market with Fire TV, says Bill Routt, president and COO at MobiTV, a company that is working with dozens of US cable operators and telcos on the development and deployment of next-gen, IP-delivered pay-TV services.

Amazon's Fire TV platform -- used for the company's own lineup of streaming boxes and sticks and integrated with a select number of smart TVs -- has been largely focused on retail. However, Amazon is also working on a version of the product that's optimized and can deliver an "operator-forward experience," Routt said.

Fire TV is capable of conducting both voice and manual searches across a wide range of video apps on the platform, but this operator-customized angle will, for example, prioritize the result if a TV show or movie title is available from the service provider, while still presenting results from other sources, such as Amazon Prime Video and Netflix.

"What we need is for that [catalog metadata] to be regionalized," said Routt, a ten-year vet of MobiTV who was previously with Sprint. 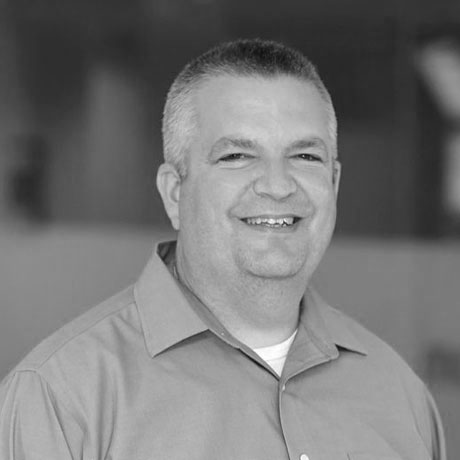 The timetable isn't clear for when Amazon's interest in engaging more deeply with cable operators and video tech partners such as MobiTV will manifest itself in the form of trials or deployments. But in the meantime, MobiTV and other competitors focused on serving small- and mid-sized cable operators and telcos -- such as TiVo and Evolution Digital -- have been working closely with Google and Android TV. That gives partners an option to provide an operator-managed device while still supporting pay-TV apps that run on consumer-bought retail devices such as Roku TV players and Apple TV boxes.

"Google has been a good partner," he said, noting that MobiTV works with multiple Android TV box makers, including Amino Communications, Kaon, Arris (now CommScope) and Sagemcom. "They're trying to sweeten the pot for the operator tier customers and that has paid dividends."

Helping cable ops stay in the pay-TV game
MobiTV is also pitching its next-gen TV and IP video migration offering amid continued chatter about how cable operators -- such as Cable One -- are deemphasizing their own video products in favor of higher-margin broadband, or working more directly with OTT-TV service providers in return for a one-time "bounty."

Routt says those examples are still the exception rather than the rule, as most cable ops are hesitant to be relegated to commodity pipe status.

"The majority of our operators, when we start talking to them, say, 'We need a pay-TV solution. We need it to sell broadband,' " he said. 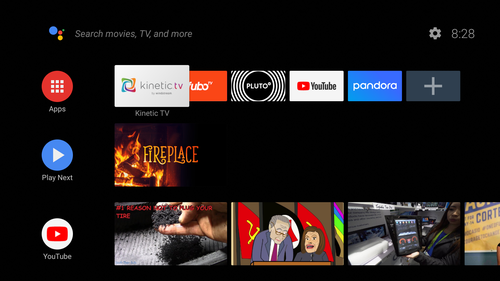 MobiTV, like other vendors in this sector of the market, enables pay-TV partners to deliver app-based video services on both operator-managed and retail streaming devices. Windstream recently teamed with MobiTV for a new IPTV service under its 'Kinetic TV' brand.

But they also don't want to pay a lot or dump a bunch of internal engineering resources at a new video offering that can hit multiple screens and better compete with the new OTT players.

MobiTV's model is based on an up-front fee for the initial integration work, including the home rights check, that runs in the neighborhood of $25,000. It then charges a monthly license fee that includes the TiVo intellectual property licenses, but does not require a subscriber minimum.

"We think we've got a good mouse trap and we think we can make the economics attractive enough that operators can start to make some money, even in video, in addition to the indirect benefits from churn reduction on broadband or reclaiming spectrum or reducing headend costs," Routt said. "The customer lifetime value [for pay-TV] is a lot higher than a one-time bounty, if they can make the economics work and have a product that's competitive."

Routt said MobiTV's message its relatively low-cost approach is resonating, as more than 80 operators are now signed up. About half are deployed, with another 30 or so in the process of getting deployed.

The launch process takes about 90 days, as MobiTV needs to coordinate a lot of integration work with the operator, including hook-ins with the billing systems. That also includes the time needed to get some edge network caches installed and the provisioning of a dedicated circuit between MobiTV's system and the operator's network.

MobiTV's platform uses the content rights of the partner. MobiTV has the transport rights -- it can receive, encode and package content before delivering it from its multi-tenant data centers in Sacramento or Atlanta -- but everything must remain on-net and not touch the open Internet as it makes its journey.

That process has been improving, but MobiTV's plan is to develop a self-provisioning system for its operator partners. MobiTV is working on those tools, including a way for the operator to configure and identify itself to MobiTV's multi-tenancy system, which enables MobiTV support multiple apps, video offers and business rules via a common infrastructure.

Routt said MobiTV would like to whittle that provisioning and integration process down to 60 days or even 30 days, depending on how quickly it can set up the circuit.

But it's still been able to squeeze more deployments in. Back when MobiTV did a deal with C Spire in 2017, the company thought it could do three integrations a month. These days, it's doing seven to ten per month.

Much of MobiTV's recent traction has come way of its partnership with the National Cable Television Cooperative (NCTC), a group that represents and does programming and technology deals for hundreds of independent cable operators and telcos.

"That endorsement has meant a lot to us," Routt said, noting that MobiTV continues to battle it out with other companies focused on that sector, including TiVo, Minerva Networks, Evolution Digital, Espial (now part of Enghouse) and MediaKind.

Looking ahead, Routt said MobiTV is developing enhancements for voice navigation, including support for Alexa (Amazon) and Google Assistant, as well as further content catalog integrations and the ability for dynamic ad insertion.

He also expects MobiTV to integrate more OTT content on its app alongside the traditional pay-TV channel lineup. An early example there is CuriosityStream, which recently signed a deal with the NCTC.

"I feel that OTT and pay-tv have an intersection that makes more sense than trying to cobble together a bunch of OTT apps," he said.

Like what we have to say? Click here to sign up to our daily newsletter
COMMENTS
Newest First | Oldest First | Threaded View
Add Comment
Be the first to post a comment regarding this story.
EDUCATIONAL RESOURCES
sponsor supplied content
Trends in the Communications Industry
How to Gain the Edge in the Fiber Broadband Boom
A new approach to billing for a new generation of customers
CBRS Spectrum and the Future of Private Wireless Networks
Smart Edge: Productizing Edge Deployment
Interview: Open RAN enabling CSPs to deliver on the promise of 5G
Keynote: Open RAN: The Next Step
Webinar: Open RAN in 2022: Enabling a Continuous Flow of Innovation
Educational Resources Archive
More Blogs from CxO Spotlight
Falcon V Systems CEO: Open season for 'open' DAA