For Germany's telecom operators, 5G is not off to the Formula One start everyone had envisaged.

First, there was the ongoing dispute over Huawei, a Chinese equipment maker whose perceived links to the Chinese government have stoked cybersecurity fears elsewhere. Any European move to restrict Huawei's activities threatens to slow down 5G rollout in Germany, say German operators that have become heavily reliant on the company.

Then Germany's telecom regulator, the Bundesnetzagentur, said operators winning licenses in the current 5G spectrum auction would have to meet stringent coverage obligations at considerable expense. With bidding in that auction up to nearly 3.8 billion ($4.3 billion) on Monday morning, concern is growing about the financial impact on the companies that will build 5G networks. 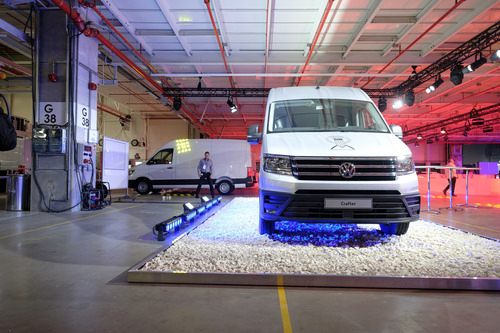 Just don't expect it to be telco-powered.

Worse still, the Bundesnetzagentur left 100MHz of valuable "mid-band" spectrum out of the auction process. Instead, it will sell this spectrum to industrial groups keen to build their own local 5G networks, such as German carmakers.

If German operators thought the likes of BMW and Volkswagen would have little interest in operating their own 5G systems, they can now think again. According to a report from Germany's WirtschaftsWoche, Volkswagen will start building its own 5G networks in German plants next year and has already launched a tender to identify a technology supplier. "We will equip the factories from 2020 onwards," a spokesperson for the company is quoted as saying.

That tender could be an interesting one. Huawei has an enterprise business that bypasses the telcos and sells directly to other organizations. But if security agencies are worried about Huawei in telecom networks, they are likely to be just as nervous about its presence in German industrial systems. Ericsson, Huawei's Swedish rival, has scrapped direct enterprise sales channels because it does not want to compete against its own telco customers. Finland's Nokia could be left in pole position.

It is not just Volkswagen, either. WirtschaftsWoche's report says both Daimler and BMW are interested in applying for the 5G spectrum and developing their own 5G factory systems. According to a survey carried out by the German news service, other industrial groups including Siemens, Bosch, Airbus and BASF are looking for more 5G "autonomy." Siemens and Bosch have reportedly installed 5G test networks in some plants. 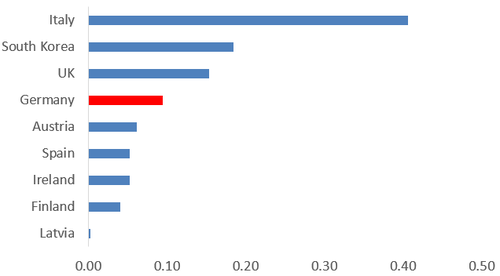 This is a bit of a car crash for Deutsche Telekom and other mobile operators, which have sold 5G to their shareholders as a tool for breaking into new enterprise markets. Just a few weeks ago, at the Mobile World Congress tradeshow in Barcelona, Deutsche Telekom's most senior executives showed off 5G-powered factory equipment in a facility owned by Osram, a German lighting manufacturer. If German companies start building their own 5G networks, a massive business opportunity goes up in smoke.

Of course, not all German companies will acquire spectrum or be interested in building their own networks. The German Mittelstand -- its sector of small and midsized enterprises -- represents a large market opportunity. But the companies WirtschaftsWoche names are hardly insignificant players. Traditionally, they would be the enterprise customers that Deutsche Telekom or Vodafone would prioritize.

Certain operators insist "ringfencing" spectrum for industrial use cases would be inefficient. "You end up reducing the trunking efficiency by locking up spectrum in a way that doesn't allow us to get the full benefits," said Luke Ibbetson, Vodafone's chief engineer, during a press conference at Mobile World Congress. That might convince regulators in other countries not to follow Germany's example. And it is probably more persuasive than arguing that a German plan could decimate the 5G business case for telcos.

Still, at least Deutsche Telekom's 5G networks will be able to power connected cars on the roads, once they are outside the Volkswagen factory. That is, provided Europe's politicians back 5G over a WiFi-based short range alternative.

A separate report in today's UK Financial Times newspaper says the European Parliament will today vote on an act that would make WiFi the de facto connected cars standard and potentially limit the future cellular opportunity. The alternative, favored by the telecom industry, would be a technology-neutral approach.

ETNO, a European lobby group that represents the telecom industry, lashed out at the WiFi plans in a letter sent to Jean-Claude Juncker, the president of the European Commission, in November. "A decision exclusively favoring WiFi technology today  would bear negative long-term consequences for Europe, since WiFi offers no prospect of compatibility with 5G," it said. "A costly migration path would be required, resulting in significant sunk costs."

The automotive market has long been touted as one of the main 5G opportunities for today's network operators. But after the events of the past few weeks, it could be a very bumpy ride.

daveburstein 5/5/2019 | 4:01:55 PM
Yet again, welcome reporting Iain. Thank you for the plain speaking and dramatic expression. You're right on target and I will be quoting. Thank you.
Reply | Post Message | MESSAGES LIST | START A BOARD

Weeseds 12/11/2019 | 10:12:08 PM
Volkswagen Plan Is Latest 5G Car Wreck for German Telcos I have find so many threads from this blog about latest car wreck for other country people. They all wants to maintain the deltacarwreckers.co.nz website shared interesting facts and news feed for all of them.
Reply | Post Message | MESSAGES LIST | START A BOARD
EDUCATIONAL RESOURCES