Intel Wants to Be a 5G Player

Intel is hoping to catch the 5G and IoT wave, after it missed the smartphone revolution, betting that it will provide the chips that power the fifth generation of wireless and related Internet of Things (IoT) devices.

After having missed out on opportunities to be part of the 3G cellphone or smartphone revolutions (and reorganizing as a result), the chipmaker is making it clear it intends to be big in 5G. (See Intel Kills Off Its Smartphone Chip Lines.)

At the core of this, says Dr Venkata "Murthy" Renduchintal, the president of Intel's client and IoT businesses and systems architecture group, in an official blog, is the concept that the device market will be vastly expanded by the related twin drivers of 5G and IoT. Like Cisco Systems Inc. (Nasdaq: CSCO), Intel Corp. (Nasdaq: INTC) is optimistic in its predictions about how many devices will be networked over the next several years.

"Today, connectivity is defined by people connecting to other people and to the cloud primarily through mobile devices -- smartphones, PCs, tablets and the like," Renduchintal writes. "In the future we will add more than 50 billion smart and connected devices, machines, autonomous vehicles, buildings and cities."

Some of these networked devices will eat through much more data than a mere human ever could, he predicts: "Consider a mapping drone that pushes 20GB/min of data to the cloud."

"No human being can create 20GB/min of data today!" Renduchintal adds. Which kind of sounds like a challenge, doesn't it?

Anyway, the IoT boss writes that this all leads to one endpoint: "5G is the inflection point from network needs driven largely by PCs and smartphones to an entirely new platform that connects a broad range of 'things' to each other, to people and to the cloud."

So, is Intel in a position to capitalize on 5G? The technology is expected to deliver data streams tens to hundreds of times faster than 4G. It will also, however, utilize much higher bandwidths than previous cellular networks -- namely millimeter and centimeter -- that will present new challenges for all involved in the push to 5G.

The chip vendor may also have other frequency bands in its sights. In order to be a global player in 5G, Intel will likely have to develop silicon that works on today's lower bands, as well as 3.5GHz, 15GHz, 28GHz, 39GHz and 60GHz and above. Phew!

The vendor appears to have been trying to hire to get a 5G high-band plan together. It has been advertising for a Millimeter Wave IC Research Scientist, who would "work closely with wireless research scientists in the lab to help bridge the gap to a 5th generation cellular future." (See Intel's Processor Boss Shares Lessons Learned.)

Even though commercial 5G services aren't expected to arrive until 2020, Intel will still be under the gun to develop a viable product line. 5G network testing is starting this year.

Widespread device availability typically lags early network deployments. It still takes years, however, to successfully design and deliver working silicon for next-generation wireless. Operators have already said that the miniaturization of 5G components and antennas is one of the biggest challenges facing this nascent industry now.

Intel, meanwhile, is not the only silicon vendor with its eyes on a 5G future. Samsung Corp. is arguably further down the path than Intel, showing off a Samsung Galaxy with a 60GHz module at Mobile World Congress this year, and developing devices for its 28GHz 5G test network. Qualcomm, meanwhile, is developing its own 5G strategy. (See Progressing Towards 5G: Qualcomm at MWC 2016 .) 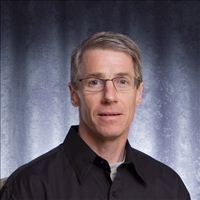 I think it could be a long time, possibly "forever" before a uniform software standard applies to the IoT.  At one end you have things like MQTT and any number of proprietary standards.  These are confounded with the proliferation of wireless transport options.  This is being made more messy by newer wide area network options.

Cisco is said to be working with IBM Watson to put analytics at the edge in devices.  Those devices have sensors, some kind of processor, and a connectivity solution.  Intel doesn't make the sensors, and there are more entrenced processor players in IoT than Intel, so there's not much left for them.
Reply | Post Message | MESSAGES LIST | START A BOARD

kq4ym 5/19/2016 | 12:07:26 PM
Re: Is the 5G pivot timely? It will indeed be interesting to see if Intel's lack of device makers knocking on their doors now will hold true in the coming years. With the fact that "Some of these networked devices will eat through much more data than a mere human ever could," and Intel's expertise in solving problems in future time-space maybe they have the possibility of a profitable future in IoT.
Reply | Post Message | MESSAGES LIST | START A BOARD

Intel is making a strong progress against Qualcomm in the software standard side of the IoT with its IoTivity.

Intel however is not much of a player in IoT RAN side, because there really is no single IoT RAN standard to speak of.

So when Intel speaks of 5G, it is quite puzzling. As strange as it sounds, Intel is a major IoT software player, but not a hardware player.

IoT RAN is out of Intel's control and most of IoT hardwares will use ARM, not X86, processor cores.
Reply | Post Message | MESSAGES LIST | START A BOARD

The problem with Intel 5G is that there is no device maker backing theirs, and the last Intel based device maker Asus just left Intel to go with Qualcomm and Mediatek the other day. This is the same issue Ericsson stated they were facing when they were on a full blown publicity tour to market the Ericsson NX standard in Korea complete with a bus load of Swedish government officials after Ericsson was dropped from the Pyrongchang 5G project, saying that the current lack of handset support was the biggest obstacle to selling the Ericsson NX standard.

Samsung on the other hand has a massive advantage because it is also the biggest handset maker in the world and can ready a Galaxy handset supporting their standard by the end of next year.
Reply | Post Message | MESSAGES LIST | START A BOARD

DanJones 5/17/2016 | 1:51:25 PM
Is the 5G pivot timely? Seems like the competition is going to be fierce for 5G chip suppliers.
Reply | Post Message | MESSAGES LIST | START A BOARD
EDUCATIONAL RESOURCES