Huawei Hits Out at DoJ Amid Global Backlash

Huawei has slammed charges brought against it by the US Department of Justice (DoJ), complaining that requests to speak with authorities were inexplicably denied and that it has already been cleared of stealing trade secrets from T-Mobile US.

The rebuttal came as Australia's TPG Telecom backed out of plans to build a fourth mobile network because of a government ban on Huawei Technologies Co. Ltd. and with Germany's Deutsche Telekom AG (NYSE: DT) warning that any similar restrictions in Germany would delay 5G rollout by at least two years.

Huawei's response came shortly after a New York court laid out full details of the DoJ charges against Chief Financial Officer Meng Wanzhou, who has been detained in Canada since December and is now facing extradition to the US. (See US Pursues Criminal Charges Against Huawei.) 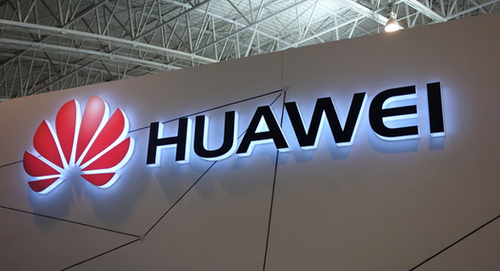 American officials have accused Meng of covering up links between Huawei and Skycom -- an equipment maker that appears to have conducted business with Iran in breach of US sanctions -- during conversations with banking partners. As far as US authorities are concerned, Skycom is a Huawei subsidiary. (See Huawei Controlled Firm That Sold to Iran  Reuters .)

Separately, a district court in Washington State has resurrected charges that several years ago Huawei tried to steal trade secrets from US carrier T-Mobile US Inc. relating to a robotic phone-testing device called Tappy. (See T-Mobile Accuses Huawei of Espionage.)

In a statement, Huawei said it was disappointed to learn of the charges. "After Ms Meng's arrest, the company sought an opportunity to discuss the Eastern District of New York investigation with the Justice Department, but the request was rejected without explanation," it said. "The allegations in the Western District of Washington trade secret indictment were already the subject of a civil suit that was settled by the parties after a Seattle jury found neither damages nor wilful and malicious conduct on the trade secret claim."

Huawei added: "The company denies that it or its subsidiary or affiliate have committed any of the asserted violations of US law set forth in each of the indictments, is not aware of any wrongdoing by Ms Meng, and believes the US courts will ultimately reach the same conclusion."

The filing of official charges against Huawei has raised the possibility that US authorities will seek to ban it from acquiring any US components -- a measure they last year took against smaller Chinese rival ZTE Corp. (Shenzhen: 000063; Hong Kong: 0763). (See Amid the rubble of L'Aquila, ZTE tries to rebuild.)

Michael Genovese, a financial analyst with MKM Partners, said there was now a "higher than 50% probability" of such restrictions.

Huawei's network equipment and devices rely on components from optical equipment makers such as NeoPhotonics Corp. (NYSE: NPTN) and Lumentum Holdings Inc. as well as semiconductor firms including Qualcomm Inc. (Nasdaq: QCOM). While less heavily dependent than ZTE on US components, Huawei could suffer badly if any restrictions came into effect.

Spies at the door
The US case against Huawei is developing amid a security backlash in other parts of the world. Government officials and security watchdogs in several countries are apparently concerned about close links between Huawei and the Chinese military. They worry that Huawei's equipment could include "back doors" to facilitate Chinese spying. (See Where Huawei Fears to Tread and How the West Can Hurt Huawei.)

In Australia, which has already banned Huawei from participating in 5G tenders, cable operator TPG today said it would stop work on a new mobile network it was building with the Chinese vendor.

According to reports in the mainstream press, TPG executives now think it makes no sense to continue building a 4G network that cannot be upgraded to 5G.

"The company has been exploring if there are any solutions available to address the problem created by the Huawei ban but has reached the conclusion that it does not make commercial sense to invest further shareholder funds (beyond that which is already committed) in a network that cannot be upgraded to 5G," TPG is quoted as saying by various press outlets.

With some government officials in Germany said to be in favor of a similar Huawei ban, Deutsche Telekom, the country's biggest operator, has warned in an internal assessment seen by Bloomberg that excluding Huawei would seriously hinder 5G rollout in Europe.

Huawei is one of two suppliers of radio access network equipment to Deutsche Telekom in Germany, the other being Sweden's Ericsson AB (Nasdaq: ERIC). Deutsche Telekom has also started its 5G rollout with Huawei, which recently claimed to have shipped about 25,000 5G basestations worldwide, and is understood to use Huawei in the core of its mobile network. (See DT Poised for 5G Launch as Huawei Antennas Go Up in Berlin.)

Its warning of a two-year delay, and significant associated costs, could reflect the difficulty of removing Huawei from both the RAN and the core, especially as most initial 5G deployments will use a 5G RAN in conjunction with the 4G core.

Vodafone CEO Nick Read last week said that removing Huawei from the core of the network would be a two-year job because of operational complexity. The UK-headquartered operator has paused its rollout of Huawei core network gear in Spain and smaller European markets while it holds discussions with government authorities and security agencies. (See Huawei Controversy Pits Spooks Against CSPs.)

UK incumbent BT Group plc (NYSE: BT; London: BTA) is now stripping Huawei gear out of the intelligent core of the mobile networks it acquired in 2016 with its takeover of EE. A spokesperson for the company previously told Light Reading the process could take even longer than two years. (See Huawei Cut Out of BT's Mobile Core, Optical & Edge Plans.)

The clampdown on Huawei and ZTE is likely to benefit European rivals Ericsson and Nokia Corp. (NYSE: NOK), which along with South Korea's Samsung Electronics Co. Ltd. (Korea: SEC) represent the only viable alternatives to the Chinese companies following years of industry consolidation.

But Ericsson CEO Börje Ekholm has played down talk of an upside for his firm, arguing that current circumstances have merely brought "uncertainty" for global telcos. "That is not good for investments," he told analysts and reporters during an earnings call last week. (See Ericsson Hails First Annual Sales Growth Since 2013 as 5G Comes Calling.)

Nokia is due to report its fourth-quarter results on Thursday.