PARIS -- For Huawei, the frosty Paris weather was apt. Even though a company representative was spotted in the room, the Chinese vendor was frozen out of the partnership announcements that Orange made during its 5G event in the French capital earlier today. (See Orange Preps 5G Tests.)

That will have been welcomed by the equipment vendor's long-suffering Western rivals. Sweden's Ericsson AB (Nasdaq: ERIC) was confirmed as the lead partner for "end-to-end" 5G tests that Orange (NYSE: FTE) is carrying out in Lille and Douai. It is also working with Orange and UTAC CERAM, which tests and certifies vehicles, on self-driving car trials in Linas-Montlhéry.

There was good news about Nokia Corp. (NYSE: NOK), too. Orange has teamed up with the Finnish supplier and German antenna specialist Kathrein on the development of smart antennas that will manage 5G as well as older generations of network technology. These could, potentially, be installed across the Orange footprint. 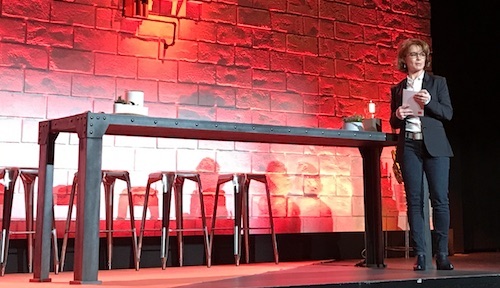 Even Cisco Systems Inc. (Nasdaq: CSCO) and Samsung Corp. -- normally less visible in these European mobile network tie-ups -- got a mention. In Romania, where Orange is exploring the use of 5G as a fixed wireless access technology, both vendors will figure in 5G tests in the second half of this year.

Of course, none of this means Huawei Technologies Co. Ltd. is not collaborating with Orange on 5G, or that it will not be a major 5G partner in future. The Chinese company might be holding back details of new telco partnerships until its own pre-Mobile World Congress press event tomorrow.

Another possibility is that Huawei is working with Orange in a different area of 5G. The main focus of the Orange tests and trials announced today is on the non-standalone (NSA) version of 5G. This will use the 5G new radio specifications that were locked down at the end of 2017 in tandem with a 4G core network. Specifications for a standalone (SA) version, which will include 5G core network features, are due to be frozen in June. Orange is carrying out SA trials but has yet to announce any details, including the names of its partners. (See 5G Is Official: First 3GPP Specs Approved.)

Interestingly, Chinese operators, which rely heavily on the country's homegrown vendors, have been far more focused on SA than NSA technology, says Gabriel Brown, a principal analyst with the Heavy Reading market-research company. He also points out, however, that all the major equipment vendors have both NSA and SA product roadmaps.

While Orange appears to see NSA as the immediate priority, it has not made any firm commitment to that technology. "Most probably we are going to start with NSA but that is not decided and the target to deliver the full promise of 5G will be to get a core 5G network," says Emmanuel Lugagne Delpon, a senior vice president at Orange Labs Networks. "The challenge is to migrate from NSA to SA and the industry doesn't agree on how to do that."

However it figures in Orange's 5G plans, Huawei is used to being the ringmaster at European telecom events. Today, it was confined to the role of spectator, conspicuous by its absence from the main stage. This was, after all, an event that featured every one of its chief rivals bar Chinese competitor ZTE Corp. (Shenzhen: 000063; Hong Kong: 0763), as well as a large number of reporters from trade publications and the mainstream French press. It also had a high-profile host in Mari-Nöelle Jégo-Laveissière, Orange's most senior technology executive. Huawei last year said it wanted to cut down on "empty and extravagant marketing events and conferences." This was surely not what it meant. (See Is Huawei in for a Bumpy 2017?)