AT&T: We're Not Only Focused on mmWave for 5G

NEW YORK -- 5G Transport & Networking Strategies -- AT&T wants you to know that it will not be solely dependent on millimeter wave as the spectrum for its forthcoming mobile 5G service in the US. 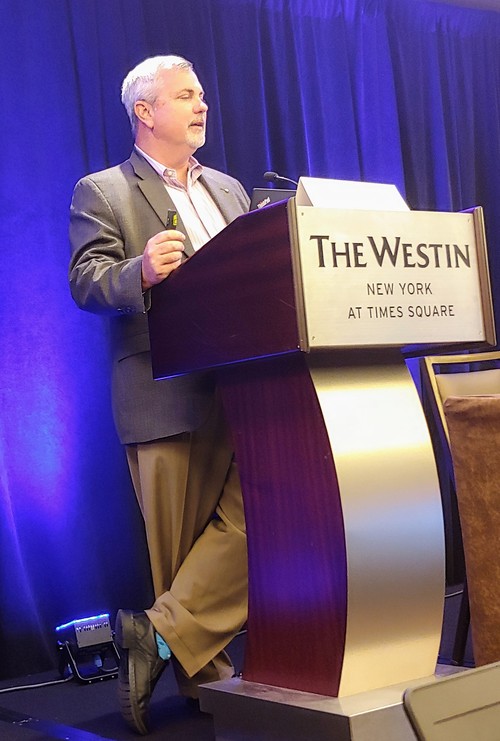 AT&T has previously said that it will use millimeter wave spectrum for its rollout. The operator, however is also rolling out 5G-ready equipment with its FirstNet deployment on 700MHz low-band, as well as 2.3GHz WCS spectrum in the mid-band. (See For AT&T, 5G Is a City Kitty, Not a Residential Fat Pipe .)

He also appeared to criticize the 5G-based fixed wireless access service from chief rival Verizon Communications Inc. (NYSE: VZ). "They have to go ahead and rip out the equipment at the customer homes when they want to update," Mansfield said, not naming Verizon's 5G Home Service, a fixed wireless offering based on the operator's 5GTF specification, which launched on October 1. (See Verizon's Home-Grown 5G Arrives Today.)

Speeding up the deployment of mmWave for the mobile rather than fixed 5G will require more infrastructure integration, as Verizon seemed to acknowledge at the event. (See Verizon Working to Integrate mmWave With Baseband Unit Infrastructure for 5G.)

AT&T is hopeful that its millimeter wave "Project AirGig" will be able to provide gigabit-speed backhaul in the future, especially in rural areas. The AirGig technology wirelessly rides alongside medium-voltage power lines and uses newly designed "low-cost" plastic antennas for connectivity. (See Project AirGig Goes Down to Georgia .)

At the moment, "it's a research project," Mansfield noted.

MindCommerce 10/14/2018 | 10:19:59 AM
Important to emphasize that 5G is not just mmWave Just like 5G supplements 4G (e.g. LTE is not going away), it's important to recognize that 5G is not just all about millimeter wave radio. Would be great to see future articles about carriers' vision for what bands and RF propagation methods will be used for what apps and services.

Posted by Mind Commerce at: https://mindcommerce.com/