If the industry goes by AT&T's definition of 5G, Verizon is already offering 5G service on a grand scale.

"We have it in 1,500 markets and I believe they [AT&T] are at 400, so I think we have it in a lot bigger footprint," Mike Haberman, VP of Verizon's network engineering, told Light Reading. "But we call it 4G. When you look at third-party studies, youll see that the Verizon 4G network is already faster than their 5G network."

Haberman is referring to AT&T's recent decision to replace the "LTE" icon on a good chunk of its Android phones with a "5G E" logo, an action that AT&T is rolling out to some of its customers now. The operator's move has generated some strong criticism in the industry, mainly from competitors Verizon and Sprint. (See Verizon, AT&T Spar Over 5G Service Names, Marketing.)

AT&T laid the groundwork for its action back in 2017 when it announced it would apply the "5G Evolution" branding label to markets where it offers LTE Advanced technologies like 4x4 MIMO and 256 QAM. AT&T said that it currently offers 5G Evolution in over 400 markets, and will take the technology "nationwide" in the first half of this year to cover over 200 million people (there are 328 million people in the United States, so AT&T is likely referencing coverage in major urban areas).

Verizon, for its part, said that its 4G LTE Advanced technologies -- including carrier aggregation, 4x4 MIMO and 256 QAM -- are currently available in over 1,500 markets today.

"We have a massive deployment of that technology and our customers are benefiting from it," Verizon's Haberman said, pointing to a new survey from J.D. Power that gave top marks to Verizon. "I think this [survey] is a good barometer about who is deploying technology and how theyre doing it scale-wise."

Haberman added that Verizon continues to work to selectively improve markets that are seeing increased usage through the deployment of additional technologies like LAA, by refarming its 850MHz spectrum for LTE, or by deploying LTE into new bands like AWS-3 -- or by doing all three. "Verizon is in a great position in terms of capacity," he said.

AT&T defines a "market" as an FCC Cellular Market Area (CMA). There are around 730 CMAs in the United States, mainly configured around major metro areas.

Verizon defines a "market" as a "census urban area." However, based on the 2010 U.S. Census, there are only a total of 486 "urban areas" nationwide -- making Verizon's 1,500 figure confusing. When questioned further about the situation, Verizon did not provide more details on its definition of a "market" but instead explained that it covers a total of 234.1 million people with its 4G LTE Advanced technologies across 1,500 markets in the country.

"The carriers can define that [coverage markets] however they want," Haberman said. "Theres no standard out there that people use." 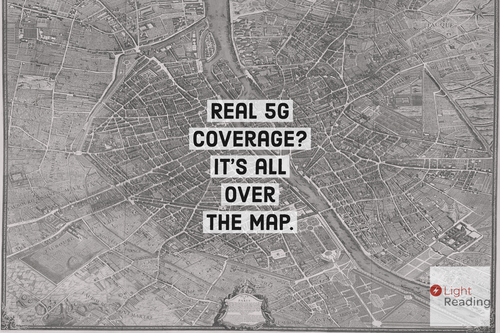 The bottom line though is that, despite the big difference between Verizon's 1,500 markets and AT&T's 400, both operators are roughly aligned in their deployment of LTE Advanced technologies. Verizon currently covers 234.1 million people with the technologies and AT&T said it would cover around 200 million people by the first half of 2019.

Next Page: The timing for real mobile 5G is still a mystery

Cloud 4G 2/6/2019 | 12:59:07 PM
What Best Defines a Market is Sales. A large part of the confusion rests in how you define a market.  The economic/conventional definition of a market is where (when) a group of buyers and sellers come together to exchange goods and services.  The definition as used in the intertwined communications industry is more complex than that simple definition because of '5G markets' carry forward from prior ones or result as a convergence between prior markets.

Likewise, the definition of a '5G network' is an amalgam of the 3G-4G network and slow gobbling up of diversified segments including WiFi and other wired and wireless connectivity of IoT.

Each generation of wireless has broken open new markets in voice, text messaging, broadband video etc.  The biggest opportunity for 5G is the hybrid fiber-cable replacement.  However, that will not be a landslide affair until it reaches a level of coverage and device penetration and also lower cost needed to offer a significant advantage.

What Best Defines a Market is the Sales it Generates