Here Are Verizon's 5 Most Congested Markets

Cities in California, Alabama and Florida are clearly giving Verizon's engineers some headaches. 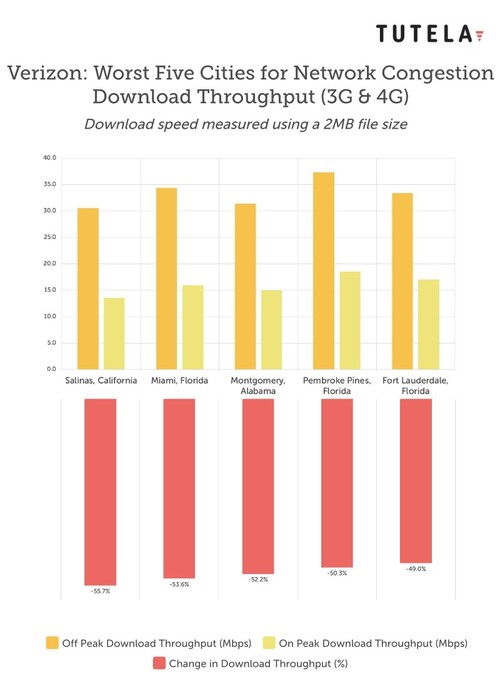 And, to be fair, here are the markets where Verizon's network is showing the best performance in being able to keep pace with customers' demands: 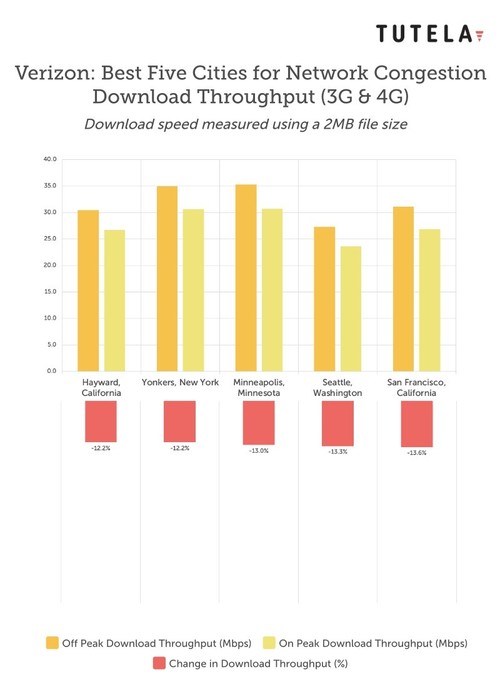 So why is Verizon's network slowing down in these cities? Tutela speculated that it might have something to do with the spectrum Verizon is using. The firm noted that, unlike other operators, Verizons market share (as derived from Tutela records) appears to be slightly lower on average among its more congested cities, indicating that the primary problem may not be with network load but with a different aspect of deployment. The firm said one possible reason for the network slowdowns may be Verizon's use of its AWS spectrum to carry a greater proportion of LTE data traffic. The firm said that in Verizon's least-congested cities, the operator used more 1900MHz and 700MHz spectrum.

Of course, wireless network congestion can be due to a variety of factors, including the number of customers using a given network in a particular location, the operator's network technology there, the types of phones that customers are using, and the amount and type of spectrum that operator has devoted to its network.

Verizon didn't respond to a request for comment on the findings.

Check out how Verizon's results compare with those from AT&T, T-Mobile and Sprint.

To obtain its findings, Tutela inserts a tiny bit of testing software into some US smartphones. The software runs in the background and actively tests conditions including network speeds. Tutela works with Android and iOS app developers to get its software installed into their apps, and then that software runs in the background of those apps after mobile users download them. The company collects and sells that data (which doesn't include any information that can identify a user or their device, including email addresses, IDFA, AAID, device ID or IP addresses) and splits the resulting profits with participating app developers. The company counts over 3,000 participating app developers and over 250 million phones running its software.