Over $20 billion of investment has rolled into Jio Platforms in the past three months, from some of the biggest names in technology, fueling fears Jio's monopoly of India's telecoms industry is unstoppable

Jio Platforms is the parent company of Reliance Jio, and is the telecoms and digital arm of the Indian conglomerate Reliance Industries Limited (RIL).

With this influx of cash the company has cleared debts and accumulated funds for future developments.

If you build it
The funding has propelled Jio into a different league altogether. 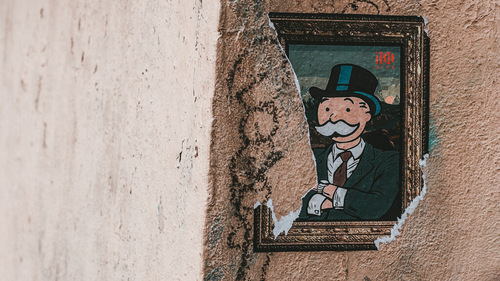 Do not pass go: How worried should India be about Jio's ever increasing market share?
(Source: Julian Hochgesang on Unsplash)

This, combined with Jio's track record of predatory pricing, use of money power, and influence in the current administration, is likely to give its peers sleepless nights.

Further adding to the anxiety of its rivals, Airtel and Vodafone Idea, Jio hopes to dominate several areas and is not simply focused on connectivity.

It almost seems the company wants to be a part of every step of the consumer journey, from devices to apps to connectivity to developing new use cases.

Jio has announced its intention of becoming a global 5G vendor.

It's collaborating with Google on an Android-based operating system and developing affordable devices. Jio is also likely to work with Facebook on a "super app" with several functionalities.

Predatory pricing has been a feature since launch in September 2016, helping the operator gain 389 million subscribers in just four years.

There was no action against Jio for offering below-cost tariffs, and it pushed the industry towards consolidation. A spate of mergers and acquisitions led to the number of service providers coming down from ten to 12 operators in each circle (service area).

One of the companies that went out of business was Reliance Communications. That company belonged to Anil Ambani, brother of Mukesh Ambani, the chairman of Reliance Industries.

He mentioned in his 2018 annual general meeting that the Indian telecom industry has been "creatively destroyed" to an oligopoly, and is moving towards a duopoly or even a monopoly.

It is now just three private telcos – Jio, Airtel and Vodafone Idea and one government-owned telco, BSNL or MTNL, depending on the location.

Out of these, Vodafone Idea is in a precarious position and might be forced to wind up operations.

State-owned telcos have witnessed a massive drop in market share in the past few years, and can hardly compete with Jio.

So, in a way, Airtel is the only serious competitor Jio has today.

Facebook tried to offer free Internet connectivity in India as part of its Free Basics program in 2016.

However, this was banned as the net neutrality debate rocked the country. Facebook has also been struggling for the last two years to get approval for the payment services of WhatsApp, its messaging app.

Partnership with Jio might make it easier for Facebook to resolve these issues. The coming together of these two major players could potentially create a behemoth, ruling everything from community to payment to connectivity.

Integrating WhatsApp Pay for various customer transactions seems to be the next logical step.

The media has highlighted privacy and antitrust issues. Despite this, the Facebook-Jio deal was recently cleared by the Competition Commission of India (CCI) without any trouble.

Out with the old: The Indian telco market now has only a handful of surviving players.
(Source: Ravi Sharma on Unsplash)

Meanwhile Google is also being investigated by the CCI over licensing practices surrounding its operating system.

This includes imposing conditions on mobile manufacturers, such as the pre-installation of the Google search app in Android phones.

Being on the board of the country's biggest firm may help Google iron out these issues.

The recent ban covering 59 Chinese apps, including Tiktok, UC Web and Shareit, can only help Jio-Facebook combined dominate India's digital ecosystem. The apps were banned because of tension on the India-China border earlier in 2020.

While Jio might have competitors in different segments, like Airtel in connectivity, or smartphone makers in devices, it doesn't really have a direct counterpart – and that could adversely impact the country's entire digital ecosystem.

More than this, Jio has successfully navigated the Indian regulatory maze.

The ad said, "Jio is dedicated to realizing our prime minister's Digital India vision for 1.2 billion Indians." Though Jio later apologized for using Modi's image without approval, the message was clear.

Another critical decision that helped Jio was the change in interconnection usage charges (IUC) rules.

The government brought them down by almost 60%, which resulted in massive savings for Jio at the incumbent telcos' cost.

However, last year the Telecom Regulatory Authority of India (TRAI) said it would review its decision to do away with IUC. This finally led to Jio hiking its tariff a bit.

The Indian administration is increasingly moving towards self-reliance and protectionism.

In December 2019, the Personal Data Protection Bill was launched, which mandates firms keep a copy of data collected within India in country. New e-commerce rules also give government unprecedented access to data.

While the use of digital tools and apps is rising, and the government is moving towards having more control over citizens' data, it is in the interest of Internet giants to align with the biggest enterprise in the country.

It also helps Jio in adding to its strength with no clear competitor.

There's little doubt Jio's entry helped make mobile broadband accessible to the vast majority in India. The number of consumers, and the data consumption per user, has gone up significantly since launch.

Even so, a monopoly will hardly be in India's best interest.