Teoco announced Tuesday that it will become the only device testing lab supporting the conformance needs of AT&T, Sprint, T-Mobile and Verizon following the acquisition of Cetecom's Mobile Communications Testing Services subsidiary in the US.

But perhaps more importantly, this strategic deal looks to be as much about positioning the company for expansion in the IoT sector as it is about playing a key role in the US mobile market. (See Teoco to Buy Cetecom's US Mobile Testing Unit.)

Fairfax, Va.-based Teoco, which provides a range of software systems and support services -- service assurance, network planning and optimization, analytics and device testing -- to more than 300 network operators and technology vendors, says the acquisition will "herald the start of a deeper partnership between Teoco and Cetecom that will deliver deep, broad and unrivaled testing services to carriers and OEMs globally."

There aren't many other details being shared about the deal -- the company had not responded to Light Reading's questions about financials and headcount as this article was published -- but the move is noteworthy because it bolsters Teoco's potential to be a key provider of IoT device testing in the US (not just to the telcos) and beyond, as well as making Teoco a key provider of cellular device conformance testing services to the four major US operators as the 4G market grows and 5G devices are introduced in the coming years.

In the official announcement of the deal, Teoco's EVP and General Manager Hemant Minocha, notes: "This transaction underlines our strategic commitment to delivering the most sought-after device and IoT testing capabilities anywhere in the world."

Teoco Corp. is already a trusted conformance lab -- it has tested more than 900 devices, including phones, tablets, data cards, modules and chipsets from more than 45 manufacturers during the past five years -- and is already an approved testing lab for AT&T and a member of Qualcomm's partner organization.

Cetecom SA , meanwhile, offers a broad range of conformance testing across multiple verticals in the US, Europe (Germany) and Asia. And while it's just the US branch of Cetecom's Mobile Communications Testing Services operations that are transferring to Teoco, the deeper relationship suggests the two companies plan to combine their resources in some way in other geographies.

The move fits in with the expansionist strategy of Teoco's colorful CEO Atul Jain, who has built a software and professional services company with annual revenues in the $150 million to $200 million range and a headcount of more than 1,000 through a series of acquisitions, including that of an analytics specialist in February this year. (See Teoco Tunes Up Its Analytics Pitch With Strategic Acquisition and CEO Chat With TEOCO's Atul Jain.)

At this year's Mobile World Congress in Barcelona, Jain told Light Reading that while the focus of Teoco has, to date, been on the communications service provider market, "the future will be all about the connected world, expanding into the key verticals. There will be non-telco networks built because the telco networks will not be up to supporting the needs of verticals" such as healthcare. 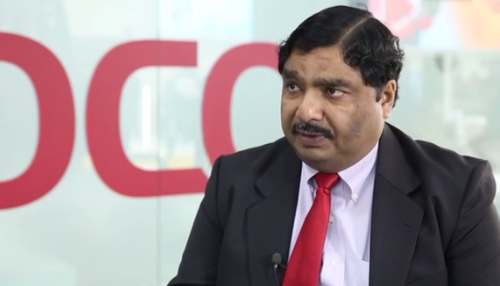 Teoco CEO Atul Jain is focused on the broader "connected world" in his hunt for business growth, with IoT in sharp focus.

That's an interesting perspective and suggests that Jain wants Teoco to be the go-to conformance lab for IoT device testing serving multiple verticals, including telecoms, across multiple geographies.

That would explain why Teoco recently joined the LoRa Alliance, the industry association set up to "promote the LoRaWAN protocol as the leading open global standard for secure, carrier-grade IoT LPWAN connectivity." Teoco noted at the time that while that move "underlines its focus on extending support for IoT solutions operating in unlicensed spectrum," it "also remains fiercely committed to advancing IoT technology innovation leveraging licensed spectrum through narrowband IoT (NB-IoT) networks."

Network planning, conformance testing and analytics might not be the sexiest areas of the emerging IoT market, but for a company such as Teoco it might spell big business and relatively significant revenues.