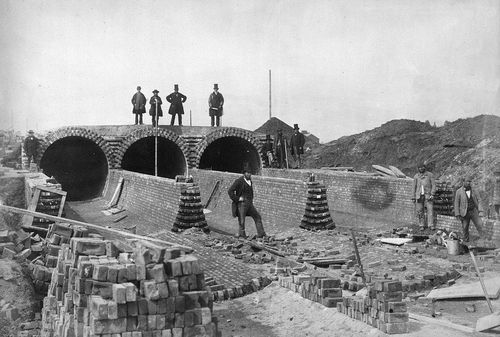 The London sewage system being built in 1860: The ones in top hats are the bosses.