DT to Ramp Up FTTH Capex Starting in 2019

Deutsche Telekom has given a clear indication that it will start work on a much bigger rollout of fiber-to-the-premises (FTTP) technology in 2019 to meet demand for higher-speed broadband services.

The German former state-owned monopoly has until now resisted any major commitment to FTTP out of concern about the investment required and the likelihood that it would be forced to open the network to rivals on regulated terms.

Instead, it has been channeling funds into a rollout of more limited fiber-to-the-curb (FTTC) networks, using a technology called vectoring to boost connection speeds over the last-mile copper loops to customer premises. 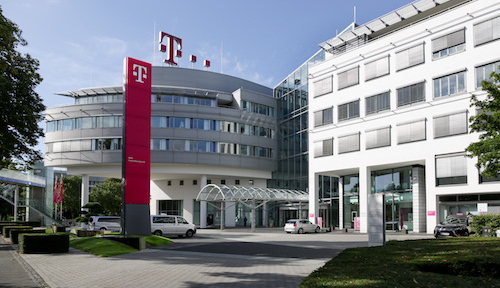 But during an earnings call with analysts today, it promised that FTTP would start to figure a lot more prominently in its broadband plans from 2019 onwards. (See DT Lifts Profit Outlook on US, German Growth.)

While details are scanty, the launch of an FTTH project would more or less coincide with the planned completion of work on Deutsche Telekom's all-IP transformation in Germany, through which it is shifting customers off the old-fashioned PSTN (public switched telephony network) and onto Internet Protocol-based systems.

At the end of June, about 61% of Deutsche Telekom's German access lines were based on all-IP infrastructure. The operator hopes to have completely phased out its PSTN networks by the end of next year, which could free up funds for investment in FTTH and make the upgrade easier to manage. (See DT Eyes FTTH Solution to German Opex Issue.)

The update comes after Deutsche Telekom held FTTH discussions with Germany's Federal Network Agency between March and April. Authorities are said to be considering feedback from the German incumbent and other network operators on the regulatory framework for a rollout of FTTH networks.

A big commitment to FTTH would mark a clear change in strategy for Deutsche Telekom, which as recently as May was playing down suggestions that it might follow BT Group plc (NYSE: BT; London: BTA) and start to look more seriously at an FTTH rollout.

Last month, the UK fixed-line incumbent, in which Deutsche Telekom currently holds a 12% stake, said it was considering an investment that would bring FTTH technology to about 10 million UK premises by 2025. (See BT Rejigs Consumer Biz as Profits Hit by £225M Italy Payout.)

Like BT, however, Deutsche Telekom has been under growing pressure from competition and customer needs, not to mention government interest in developing "gigabit-capable" infrastructure. (See FTTH Pressure Grows on Deutsche Telekom.)

Touting higher-speed technologies, Germany's cable rivals have continued to gnaw away at Deutsche Telekom's share of the broadband market, which shrank to 39.6% in the April-to-June quarter, from 40.5% a year earlier.

Cable market leader Vodafone Germany now offers a 500Mbit/s service to around 2.5 million households, or 6% of the German total.

By contrast, Deutsche Telekom can support a maximum connection speed of just 100 Mbit/s on its vectoring-enabled FTTC network.

At the end of March, it claimed to have "passed" around 28 million homes with FTTC but acknowledged that only 18 million of these could receive a service of more than 50 Mbit/s.

Even so, the rollout of FTTC is proving costly. Deutsche Telekom plans to spend about 1.5 billion ($1.8 billion) on FTTC and vectoring this year alone -- a figure that equals about 15% of annual revenues from German fixed-line services -- and its overall German capex was 17% higher in the first six months of this year, at 2 billion ($2.4 billion), than in the year-earlier period.

An investment in FTTH, which would require more civil engineering work near customer premises, could prove far costlier. A senior executive previously estimated that it would cost between 60 billion ($71 billion) and 80 billion ($95 billion) to connect every home in Germany using FTTH technology, which means any rollout by Deutsche Telekom is likely to focus on the most densely populated parts of the country.

Pressure on Deutsche Telekom to invest in FTTH has also been coming from Germany's government, which is determined to have "gigabit-capable" networks in place by 2025.

Authorities believe a FTTH network could help to support the rollout of higher-speed mobile networks based on the 5G standard, which some operators hope to begin using in commercial networks in 2019.

By taking advantage of FTTH to provide backhaul connections between 5G basestations and the core network, as well as consumer broadband services, operators could dramatically improve their return on investment from the technology.

However, during a recent email exchange with Light Reading, Deutsche Telekom insisted that it needed to see a light-touch approach to regulation to support an FTTH rollout. "What is crucial is that there is no regulation of further fiber expansion in order to facilitate private investment," said a spokesperson for the operator. (See DT: Fiber Regulation Could Hinder 5G Rollout.)

In a 5G strategy paper issued last month, Germany's Federal Ministry for Transport, Innovation and Technology said it "assumed" that network operators would "significantly increase their investments in fiber optics for connection to basestations" to support 5G rollout. (See Germany Urges Telcos to Up Fiber Game for 5G.)

Deutsche Telekom already claims to have connected most of its existing 4G basestations to fiber and believes its fiber investments could support a rollout of the small cells that are often associated with 5G. Using much higher frequency spectrum to support super-fast connections, these small cells could be used to cover hotspots such as shopping malls or busy city centers.

"I think we have a lot of assets to support densification in terms of small cells," said Dannenfeldt during Deutsche Telekom's earnings call. "In Germany nearly every street cabinet will be connected with fiber. Small cells are one element we will use for differentiation."

The comments about differentiation may trouble mobile rivals that lack their own fixed-line networks and have been urging regulatory authorities to ensure they can access Deutsche Telekom's fiber infrastructure on reasonable terms.

Earlier this year, Dannenfeldt suggested that Deutsche Telekom might need twice as many towers in a 5G environment.

"An LTE network in a German environment is 22,000 to 25,000 towers," he said. "We will enhance that number significantly by the magnitude of roughly two."