Microsoft is looking to make cloud infrastructure safer at the hardware level with a new offering called "Project Cerberus," which is the company's latest contribution to the Open Compute Project (OCP).

With Cerberus, Microsoft is looking to protect the firmware of servers that help create the backbone of any cloud infrastructure. If an attacker, whether it's someone from inside the business or someone hacking in from the outside, can access and then take control of the firmware of a server, they can then burrow deep into the data center itself, gaining access to almost any data within the cloud infrastructure.

The goal here is to harden the server firmware against these types of attacks by adding layers of trust and verification into the hardware itself. 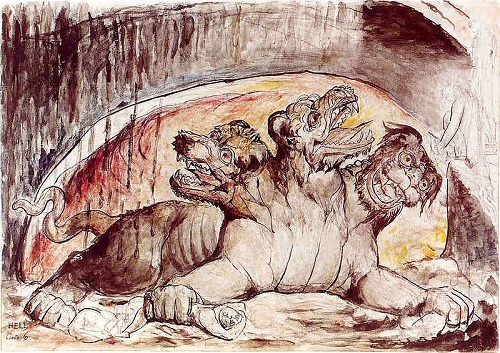 In a November 8 blog post, Kushagra Vaid, the general manager of Azure Hardware Infrastructure, writes that Cerberus provides a hardware "root of trust" for the firmware that is installed on the motherboard of a server -- this includes the BIOS and other components -- as well as any peripheral I/O devices that are connected. It then enforces strict access control and integrity verification starting at pre-boot and continuing through the runtime procedure.

Project Cerberus consists of a cryptographic microcontroller running secure code which intercepts accesses from the host to flash over the SPI [Serial Peripheral Interface] bus (where firmware is stored), so it can continuously measure and attest these accesses to ensure firmware integrity and hence protect against unauthorized access and malicious updates. This enables robust pre-boot, boot-time and runtime integrity for all the firmware components in the system.

Microsoft designed Cerberus to be CPU and I/O agnostic, so it can be adapted to different hardware designs over time.

In addition, it's compliant with National Institute of Standards and Technology (NIST) 800-193 guidelines.

The Project Cerberus specifications are still being drafted, so it's not clear when it will be available, although Vaid notes that Microsoft plans to open source the specs once they are complete. The company is also working with Intel on implementing the technology into firmware.

kq4ym 11/22/2017 | 4:09:11 PM
Re: Microsoft has really changed It does seem that the plan of "adding layers of trust and verification into the hardware itself," might be a good twist on security through software. Microsoft may well find some increase business through this new advanage in the overall security business.
Reply | Post Message | MESSAGES LIST | START A BOARD

mhhfive 11/13/2017 | 9:02:20 PM
Re: Microsoft has really changed Securing firmware is a pretty huge challenge. I think that it may take a somewhat complicated verification scheme before it's done correctly. Perhaps it could even require a blockchain system to ensure trust and verification. So far, it seems like centralized firmware versions and updates have been subject to man-in-the-middle attacks of various kinds.
Reply | Post Message | MESSAGES LIST | START A BOARD

danielcawrey 11/13/2017 | 4:07:42 PM
Re: Microsoft has really changed Firmware has long been a problem. Good to see Microsoft getting involved with solutions for this. I think in the past Microsoft has focused mostly on software. Now it's got to help to protect hardware.
Reply | Post Message | MESSAGES LIST | START A BOARD

mhhfive 11/12/2017 | 2:07:17 PM
Microsoft has really changed It's good to see that Microsoft has embraced open source and is actively contributing to projects like OCP which don't directly support Windows or other Microsoft products.
Reply | Post Message | MESSAGES LIST | START A BOARD
EDUCATIONAL RESOURCES