Earlier this year, Microsoft CEO Satya Nadella laid out the company's ambition to create a fully functioning quantum computer that can be used to address complex issues such as climate change research, healthcare and artificial intelligence.

Now, Redmond is looking to bring this computing power to a much greater audience.

The developer kit and the Q# programming language, which Microsoft first mentioned at its Ignite conference in September, will be integrated into Visual Studio and allow developers to conduct quantum computing simulations on a laptop. This will allow developers to debug and test applications. 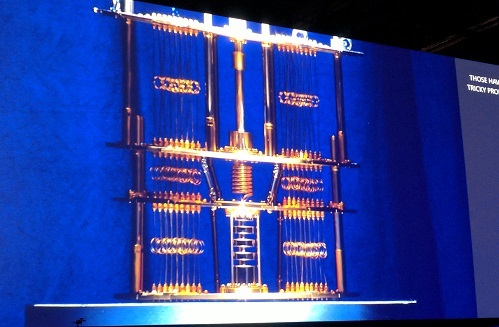 Microsoft is in the process of developing its own fully functional quantum computer.

Quantum computing starts where today's supercomputers stop, and Nadella has made it clear that Microsoft is betting that this will be the next great leap in computing over the coming decades. (See Microsoft's Quantum Computing Efforts Come into Focus.)

Microsoft is one of a handful of tech vendors investing in quantum computing and trying to make it more accessible to developers. IBM Corp. (NYSE: IBM) is another. (See IBM's Quantum Computing Coming to the Cloud.)

With the release of the developer kit and Q#, Microsoft will allow developers to access about 30 logical qubits of simulations within a laptop. For larger projects, the company also offers an Azure-based simulator that can access up to 40 logical qubits.

In addition to the kit and programming language, Microsoft is making a suite of documentation, libraries and sample programs available to developers. This will give developers access to technology such as quantum teleportation, which allows for sharing information across qubits that are connected by a quantum state that is called entanglement.

"The hope is that you play with something like teleportation and you get intrigued," Krysta Svore, a principal researcher at Microsoft who has led the development of the quantum software and simulator, wrote in Monday's blog post.

Microsoft is betting that quantum computing can help with accelerating research and developments in AI, machine learning and natural language. Nadella has made it clear that artificial intelligence is another major area of investment for the company. (See Microsoft Serving a Slice of AI With Everything at Ignite.)

In addition to its quantum computing announcement on Monday, Microsoft has created a $50 million fund to use AI to research climate change and other issues through the AI for Earth initiative. Redmond will spread that money out across a five-year plan.