AI Likely to Outperform Humans in Less Than 50 Years

If you think your job is safe from the reaches of artificial intelligence, it's time to think again. A new survey of experts finds that they believe AI can overtake humans in most tasks within the next 50 years.

In a new paper "When Will AI Exceed Human Performance? Evidence from AI Experts," researchers from Yale and Oxford universities conclude that there is at least a 50% chance that in the next 45 years, AI will perform most tasks better than the human who created the technology.

And in 120 years, AI will perform all human jobs, predict the experts.

It's not just redundant or mundane tasks, such as those in call centers, that AI will take over. Instead the paper finds that the technology will drastically alter transportation, healthcare, the military, finance and science, and that the time for a robust policy discussion is now.

"New challenges, both for AI developers and policy-makers, will also arise from applications in law enforcement, military technology, and marketing. To prepare for these challenges, accurate forecasting of transformative AI would be invaluable," the researchers wrote. 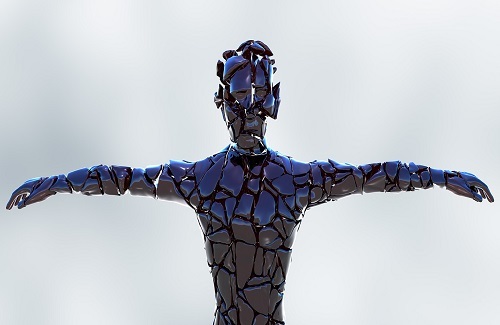 The future is getting more real everyday (Source: Activedia via Pixabay)

The report is based on responses to questions sent to 352 researchers in the field of high-level machine learning or HLML. Each was asked to estimate when he or she thought HLML or AI would arrive and take over most human tasks.

About 50% responded that it would be in 45 years, with a minority --10% -- reporting that HLML would arrive in nine years.

If you are wondering when your job will be performed by a machine, here's a sample:

While it's easy to get into discussion about when Skynet will take over or if humans will live lives like in Wall-E, this report does dovetail with a recent Gartner report that found AI will not only take over low-skilled jobs, but high-skilled ones as well, including medicine, the law and information technology. (See AI Is Coming for Highly Skilled Jobs, Too.)

At the heart of these studies is a significant problem: It's not a matter of when AI will start taking over human job, but how should we plan for this future? (See Will AI Create More Jobs Than It Destroys?)

"In addition to possible unemployment, the transition will bring new challenges, such as rebuilding infrastructure, protecting vehicle cyber-security, and adapting laws and regulations," according to the Yale and Oxford report.

Still, there is room for some optimism. The Yale and Oxford researchers found 25% of respondents believe that HLML and AI will have a "good" outcome, while 20% believe it will have a "very good" outcome. In contrast, about 10% responded these technologies would have a "bad" outcome, and only 5% described it as "extremely bad," which means human extinction.

Susan Fourtané 11/27/2017 | 12:42:19 AM
Human extintion and life on Mars If things get really bad, and the Earth follow the prediction of that 5 percent of researchers, a small group of humans can take a Space X flight to the new colony on Mars. Their children will become the new Martians and start all over again.
Reply | Post Message | MESSAGES LIST | START A BOARD

Susan Fourtané 11/27/2017 | 12:30:29 AM
Re: What is better? PhilBritt> ~maybe AI and automation could be turned to environmental uses that benefit everyone.~ Thats a great idea. For example, cleaning the oceans from all the plastic pollution that contaminates the fish first, and then us when we eat the fish.
Reply | Post Message | MESSAGES LIST | START A BOARD

kq4ym 6/12/2017 | 9:40:03 AM
Re: What is better? It does seem amazing that AI could take over jobs completely at some point or even that machines will be smarter than us. The ramifications are truly world shaking if and when all that actually happens. I'm skeptical of any projection of how many years that might take. Just remember how "flying cars" have been seriously predicted since the 1940s with companies promising those crafts for all us us any year now.
Reply | Post Message | MESSAGES LIST | START A BOARD

Phil_Britt 6/12/2017 | 3:36:43 AM
Re: What is better? AI will certainly put automation into many jobs, but there are certain construction and other jobs that are probbaly safe for anyone alive today. Don't want to get political, but maybe AI and automation could be turned to environmental uses that benefit everyone.
Reply | Post Message | MESSAGES LIST | START A BOARD

For most of recent history, there's been a swing away from the study of Humanities towards the Sciences. I think there's been predictions that we'll swing back to Philosophy as machines take over the stuff that can be calculated.

There are a lot of questions that can't be answered by science.. and humans will have to determine if those questions are worth pursuing. That might include particle physics -- since we're going to run into energy limits at some point.
Reply | Post Message | MESSAGES LIST | START A BOARD

AI sounds like promising technology, but I'm hoping there will be some things for people to work on in the future.

mhhfive 6/5/2017 | 10:41:48 AM
What is better? I think humans will need to re-define what they mean by "better" when it comes to AI output. AI can be faster and tireless, but does that mean that's better for... writing fiction or composing songs? I'm sure AI will do better at many tasks, but then we have to re-evaluate what humans find valuable. I hope AI gets better than humans at designing nuclear fusion reactors.
Reply | Post Message | MESSAGES LIST | START A BOARD
EDUCATIONAL RESOURCES