Service Providers Start to Lock In on IoT Security

After initially focusing on speed and then whole-home WiFi, broadband service providers are quickly expanding their role to include home network security as consumers continue to buy and install connected lights, locks, garage door openers, voice-enabled home hubs and various other IoT devices.

In addition to keeping those IoT devices safe from pirates, hackers and other digital predators, providing that layer of security is emerging as a potential new revenue stream for cable operators and other ISPs. Belgium's Telenet Group, Comcast and Charter Communications, as well as organizations such as CableLabs, are among those that have either launched or have IoT-focused security projects underway.

Among recent examples, Telenet has partnered with SAM Seamless Network to provide broadband subs with security services spanning the home network, all managed by the operator's "Safespot" mobile app. That app scans traffic and pinpoints suspicious behavior of devices connected to the home network, enabling users to block devices that appear to be compromised as well as phishing emails and fake digital ads. 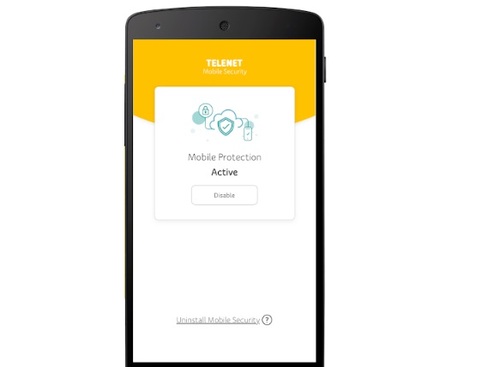 In tandem with SAM, Telenet's Safespot app keeps a close eye on home network intrusions and alerts customers if a possible breach has been spotted and how to act on it.
(Image source: Telenet/Google Play)

The Telenet deal was SAM's first one announced with a European ISP. SAM has pilots underway with service providers in Europe and North America, and a deployment with Bezeq, a major telecommunications operator in Israel.

IoT, she says, has become a softer target for hackers and pirates. "Attackers are always opportunistic and [seeking]... the easy way in," Rauscher said. Smart home and IoT devices "are now the low-hanging fruit in this game" and represent a new threat.

IoT security is a growing worry for consumers. According to results of a Parks Associates study released in October, 71% of US broadband households with smart home devices are concerned about cybersecurity, and more than 40% of those households don't trust smart home companies to keep their data safe.

While there are tools to help consumers shield against those attacks on their own, hackers continue to find new ways in, which then require system updates and patches to plug those holes. By partnering with cybersecurity specialists, ISPs are starting to step up and take on that role.

Founded in 2016, SAM uses an AI-assisted system that helps to protect and update security mechanisms for millions of IoT devices. In addition to blocking compromised IoT devices, service providers can use the system to set up alerts and other mitigation moves that, for example, could direct customers to update their password if there are clear indications that an account has been compromised.

SAM uses a recurring, software-as-a-service business model, but it's the ISP that provides the security service to the customer. Rauscher said the current trend indicates that ISPs would provide baseline security as part of the broadband service and pay extra for premium levels of security.

A growing trend
Others are focused on this issue. Earlier this year, Comcast launched a digital home security service that uses AI and machine learning techniques to spot malware intrusions and other possible hacked IoT devices on the home network and to present the customer with remedies. Comcast, which developed the product with help from Cujo AI, sells that service, called Xfinity xFi Advanced Security, for $5.99 per month.

Charter Communications has invested in Cujo AI and is using the vendor's cloud-based platform for new in-home security for its residential broadband service. 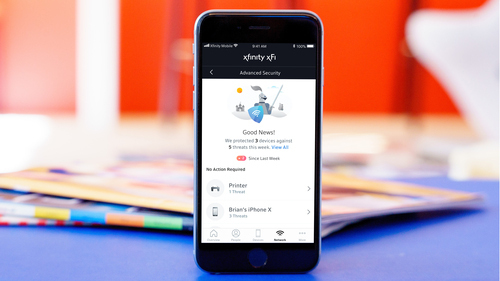 Colorado-based CableLabs has gotten into the act with a "Micronets" framework that's designed to divide the home network into smaller segments that can be managed individually and dynamically. If a potentially compromised IoT device is discovered, the system can then isolate that device from the rest of the network.