LAS VEGAS -- Interop -- Newly appointed Embrane CEO Bill Burns was pushed out as head honcho of the last company he ran, test equipment vendor Spirent, after a year and a half of declining revenues. (See Spirent Dumps Its CEO.)

So why does Embrane Inc. think he was a catch as its new CEO? Because of his initial track record at Spirent.

I caught up with Embrane VP Marketing John Vincenzo at their booth here at Interop, and we talked about Burns once I got over the retina-burn from Embrane employees' brightly colored boothwear.

The shoes make the outfit.

I noted that Burns was pushed out of Spirent last year after revenue declined in 2012 and 2013. But Vincenzo defended Burns. "Look at the entire time he was as the company," Vincenzo said. For Burns's first four years at Spirent, he increased revenue, profitability, and market share.

"It's a day-to-day battle to grow new business at a startup," Vincenzo said, adding that Burns has the leadership experience to get the job done.

I haven't talked to Burns yet -- he's no doubt doing the new employee thing at Embrane, meeting with colleagues, filling out HR e-paperwork, and getting lost between the coffee machine and his desk. But I hope to talk with him soon, and find out more about Embrane's technology and plans under the new leadership, as soon as I stop seeing afterimages from Vincenzo's clothing.

Mitch Wagner 4/4/2014 | 7:43:25 PM
More questions Why did they announce this management change a few days after the big round of funding? Wouldn't it make more sense to have done both simultaneously?

An analyst I spoke with said he was unimpressed by Burns's record. Not a superstar. I responded: But look at his record of growing revenue his first years at Spirent. The analyst responded: Sometimes company revenue just grows as long as the CEO stays out of the way.
Reply | Post Message | MESSAGES LIST | START A BOARD

Which reminds me: The keynotes at Interop are not "pants-optional."

VYFCT 4/4/2014 | 10:58:44 AM
Dapper indeed! It takes a special kind of person to actually rock that look and personally I think John Vincenzo pulls it off in spades.

And congratulations Mr. Burns - best of luck in your new role at Embrane.
Reply | Post Message | MESSAGES LIST | START A BOARD 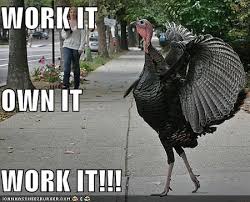 Sarah Thomas 4/4/2014 | 9:10:54 AM
Re: aargh I see the other guy is wearing black pants, so this wasn't a required uniform for the show. I like it though. He owns that bright orange.
Reply | Post Message | MESSAGES LIST | START A BOARD