The market's streaming platform giants are gearing up for the holiday buying season.

Following a new batch of product releases by Amazon last week and one on the way from Google later this week, Roku has introduced its latest wave of streaming devices, including a new, integrated soundbar, along with an operating system update and a mix of enhancements to its underlying streaming platform.

As part of its refresh, Roku said it will extend support for Apple AirPlay 2 and Apple HomeKit to its lineup of 4K-capable devices (including streaming players and integrated Roku TVs) before the end of the year. That tech extension also brings support for Apple Siri voice control, expanding on Roku's existing support for Amazon's Alexa and Google Assistant platforms. The addition of AirPlay 2 lets Roku customers stream, control and share their content directly from their iPhone, iPad or Mac to supported Roku TVs and Roku players.

Set to hit store shelves in mid-October, the new Ultra comes equipped with faster memory and Roku's updated OS (more on this further down) along with a redesigned wireless antenna system designed to expand in-home coverage. The new streaming player also supports 4K/Ultra HD, video at up to 60 frames per second, along with Dolby Vision and Dolby Atmos. 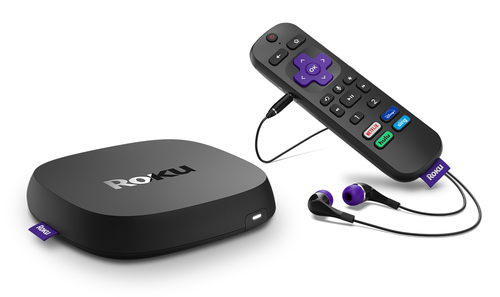 Roku is keeping the price unchanged for its top-shelf 'Ultra' streaming player.

Another big addition to the new Ultra is support for AV1, a relatively new royalty-free bandwidth-efficient codec that counts Vimeo, Google, Facebook Mozilla, Apple and Amazon among its big-name backers. Roku is keeping the Ultra's price at $99.99.

Building on an earlier generation soundbar with Roku's streaming platform built-in, Roku has also introduced the Streambar, a soundbar with a built-in Roku 4K-capable streaming player that can connect to any HDMI-capable TV. About the size of a carton of eggs, the Roku Streambar can be expanded with Roku's mix of wireless speakers and woofers, costs $129.99 and will initially be available in the US, Canada, Mexico and the UK.

Dedicated The Roku Channel app to hit mobile devices
On the content side of the house, the streaming giant is broadening the reach of The Roku Channel, its aggregated offering of subscription-based and free, ad-supported OTT services, by offering a free, dedicated mobile app for iOS and Android smartphones. That new offering, which still requires user registration, extends The Roku Channel to a group of consumers beyond those with Roku streaming players and Roku TVs.

Roku ended Q2 2020 with 43 million consumers with access to The Roku Channel, a key component of the company's fast-growing Platforms division that also comprises advertising, subscription revenue-sharing and license fees from TV makers that use the Roku OS. 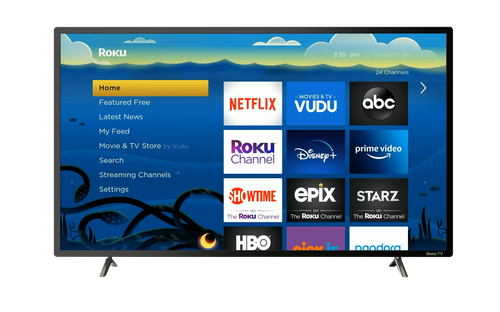 Building on customizable themes introduced in the spring, Roku's OS refresh will tack on sound effects.

This Wednesday (September 30), Google is expected to launch a more powerful version of its Chromecast streaming adapter that supports a separate voice remote (previous versions of the Chromecast were controlled by a mobile device) and the company's fully fledged operating system. That new product, to be called Chromecast with Google TV, will reportedly cost $49 and feature a revamped user interface.

Comcast, meanwhile, has been trying to make more retail waves with its X1 and Flex streaming platforms, confirming earlier this month that the cable operator is exploring a plan to extend its platform to smart TVs.