Thanks to the surge in streaming options and a pivot by major media companies to direct-to-consumer services, the video and pay-TV marketplace has never been so complex and complicated for studios and programmers seeking to forge new ways to connect with a fragmenting audience.

MarketCast, a research, analytics and big data company focused on the entertainment and media industries, has been witnessing this change from the front row. In fact, it's had a pretty good view of the evolution of the video market for decades. 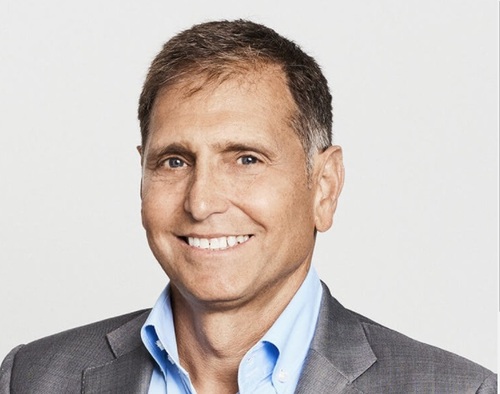 Batter was named CEO of MarketCast in July 2019.

MarketCast's legacy stems back to the late 1980s, when it became a go-to source for test marketing materials for major Hollywood studios releasing big movies for the silver screen  everything from trailers to outdoor and print materials. During that period, the company, which has developed into a broader research and data company focused on that market, built a proprietary database of all major movies that helps studios understand how their flicks are resonating with audiences.

Industry vet John Batter took the reins as CEO last summer, when he initially focused on integrating all of those pieces rather than having them operate inside a portfolio of companies.

Now, with video streaming becoming an integral consumer behavior amid a sea of subscription VoD services, free, ad-supported VoD services and the shift by some studios to a "premium" VoD model that shortens the exclusive theatrical release window, Batter's company has taken a deeper plunge into the data sciences world with the acquisition of a company called Deductive.

A whole new world
Studios and programmers are now increasingly vexed about how to distribute their shows and movies to the right audiences and at the right time while getting the best returns amid insatiable consumer demand for great content.

Getting a grip on that is simply not as simple as it was before the rise of streaming, when movies hit the box office and then crept through their traditional, rigidly structured distribution windows. The same goes for TV shows and series. Studios and distributors are all trying to figure out how to get the most bang out of their marketing dollars against this new backdrop.

"That's all broken down now and reconfigured. This is a much more complicated, complex world for content," said Batter, an exec who is late of Gracenote, Electronic Arts, Dreamworks Animation and M-Go, a digital distributor of movies and TV shows created by Technicolor and Dreamworks that is now part of NBCU's Fandango division.

"Now you have a flexible and much more complicated world in which you're releasing content and figuring out what to charge for a title, when to release it and perhaps even determine when to make it available on a company's own streaming service," he adds.

Monitoring the moment
Batter says today's fragmented video marketplace (which is becoming even more so during the pandemic) is causing all parties to ask important questions. What does this fragmentation mean for acquisition and retention, and how do you balance all of those economics for the right strategy for release? How do you reach the right audiences? Where do those audiences reside and on which platforms? What messages do you hit them with?

And when everything is rolled up, Batter said media and entertainment companies are trying to figure this out: What's happening in the moment?

MarketCast believes it will get a better fix on answering those question as it tacks on and integrates Deductive.

A prime motivator for the deal is "to help our clients figure out the right message for the right audience on the right platforms," Batter said.

Deductive (formerly known as Dativa) brings MarketCast a team of data scientists that work up predictive models for big entertainment and media clients, counting Vizio (for Inscape, a unit that uses opt-in viewing data from millions of smart TVs), Comcast/NBCU (set-top box data) and Discovery among its partners.

The idea is to weave together MarketCast's more traditional insights into media and entertainment used for its primary research with large data sets that can access anonymized data for addressable/targeted video on platforms such as set-tops and smart TVs.

"We're trying to bring those two elements together," Batter said.

Also coming on board MarketCast's team of execs late of companies such as Nielsen, Gracenote, IAC, Comscore and NRG are Deductive founders Tom Weiss and Michael Collette. Of that group, Collette is a veteran of the interactive TV business, having served as CEO of Cognitive Networks (acquired by Vizio in 2015) and with ActiveVideo, OpenTV and Ucentric Systems (acquired by Motorola in 2005). Collette also has ties to PhyFlex Networks, a broadband access company sold to Ciena in 2007.

How video analytics can kickstart the edge opportunity for telcos
Telco, media and entertainment, and training and certification
Kaizen Gaming modernizes service development with microservices on Red Hat OpenShift
Cable next-gen broadband technology: Network virtualization
How cable operators are modernizing for edge computing
More Blogs from CxO Spotlight
Clearfield CEO on community broadband and the 'build of a lifetime'