It's the end of an era at CommScope. The wireless and wired network and set-top supplier announced Thursday that long-time president and CEO Eddie Edwards is stepping down and is being succeeded by Charles "Chuck" Treadway.

Treadway, who was also named to the CommScope board, was most recently CEO of Accudyne Industries (a provider of flow control systems and industrial compressors), which previously was a portfolio company of BC Partners and current CommScope investor The Carlyle Group. Treadway is also a former president and CEO of Thomas & Betts Corp. (now doing business as ABB Installation Products), and is late of Schneider Electric, Prettl International and Yale Security. 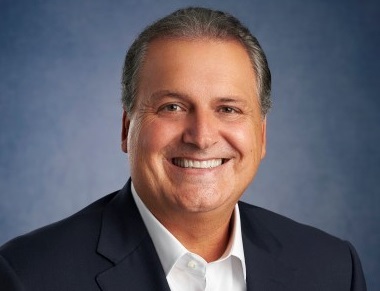 Treadway is succeeding 15-year vet Eddie Edwards as president and CEO of CommScope.

Treadway is taking the reins at a critical time for CommScope as it continues to navigate the COVID-19 pandemic.

In addition to positioning the company for the transition to 5G and the deployment of networks that utilize 3.5GHz CBRS band, Treadway is also taking over as CommScope wraps the integration of Arris, the cable and wireless specialist that CommScope acquired last spring for $7.4 billion under Edwards' stewardship.

Treadway will also be tasked with helping CommScope manage a struggling consumer premises equipment (CPE) business that is under threat from an aggressive group of original device manufacturers wedging their way in to establish direct relationships with cable operators, telcos and other service providers.

CommScope said the change up top resulted from an ongoing succession planning program led by the board of directors.

When CommScope first made a play for Arris, it was speculated then that former Arris CEO Bruce McClelland would be in line to succeed Edwards, a 15-year vet of CommScope. That idea flew out the window in August 2019 when CommScope eliminated the COO role and McClelland left the company. McClelland was appointed CEO of Ribbon Communications in February 2020.

CommScope also announced that company founder and chairman Frank Drendel has been named chairman emeritus. Drendel remains on the CommScope board, with Bud Watts stepping in to take the chairman slot. Watts, a board member since 2011 and the board's previous lead independent director, will work with Treadway and the management team on strategic, corporate development and capital structure matters.

Given his "active engagement," Watts will also become an employee of the company, CommScope said. Additionally, Timothy Yates has been elected the new lead independent director of CommScope.

CommScope also reaffirmed its outlook for Q3 2020. CommScope shares were up 9 cents (1%) to $9.09 each in midday trading Thursday.

Carlyle's role questioned
Noting that a C-level transition is typically viewed as a "yellow flag," the transition "seems appropriate," Simon Leopold, analyst with Raymond James, explained in a research note. However, he does wonder if Carlyle Group had any influence in the leadership transition process.

"We suspect Carlyle has left fingerprints," Leopold added, noting that Carlyle Group took CommScope private in January 2011 and re-IPO'd it in late 2013, and still holds about 15.5% of the company. He also points out that Watts has advised Carlyle since 2017 and had worked at the firm 2000-2017. Additionally, Treadway, CommScope's new CEO, has worked for several Carlyle companies.

"At the time of the IPO, Carlyle agreed to a standstill, which expires in April 2022, at which point it can opt to reacquire CommScope," Leopold wrote.