Comcast is giving its Flex subs a path to a no-contract form of the cable operator's pay-TV service with the launch of its Xfinity Stream app on a streaming/smart home platform focused on Comcast's broadband-only customers.

Using the app, Flex customers can subscribe to Choice TV, a baseline, ten-plus channel package that includes major local broadcast networks, plus channels such as PBS, Univision, Telemundo, CW and PEG (Public, Educational and Government) channels, along with a cloud DVR boasting 20 hours of storage. Those customers can also tack-on other channel packages that add sports, news and more entertainment programming, as well as a package of channels in the Kids & Family category. 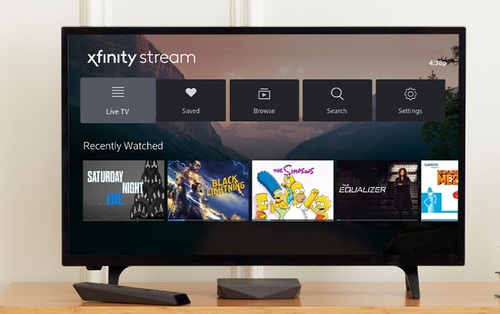 Xfinity Stream broadens the video option for Flex, a platform Comcast has tailored to its base of broadband-only customers.

The app gives Flex subs "a simple path to try out Xfinity TV while keeping them within the Flex experience they enjoy," Rebecca Heap, SVP, video and entertainment, at Comcast, explained in a blog post.

The addition of the app comes almost 18 months after Comcast began to offer Flex for no added cost to broadband-only customers. Comcast announced last May it had deployed more than 1 million Flex devices, but has not announced an updated number since.

Flex, which uses a 4K-capable IP client that is also used for Comcast's full-fledged X1 service, has also integrated several other apps, including Sling TV, Netflix, Peacock, Hulu (SVoD service only), CBS All Access (becoming Paramount+ on March 4), Amazon Prime Video and Spotify, with access to Disney+ and ESPN+ on tap for this quarter.

Comcast has also signalled interest in offering Flex and its X1 tech outside its traditional cable footprint (and beyond its X1 syndication deals with operators such as Cox Communications and Shaw Communications), including the possibility of integrating its technology on smart TVs on a global basis.

While the presence of Sling TV gives Flex customers a way to add a skinny pay-TV package, the addition of the Xfinity Stream app will also enable Comcast to pitch its own IP-based streaming pay-TV products and perhaps pull back a few customers who have cut the pay-TV cord. That could help Comcast capture some additional pay-TV subs and trim down the rate of subscriber losses (Comcast shed 227,000 residential video subs in Q4 2020).

The Xfinity Stream app is delivered into the home on Comcast's managed IP network, and not over-the-top via the Internet, so content consumed on the app in the home does not apply to the operator's usage-based broadband data policies. Comcast's app works similarly on other streaming devices, including Roku players and Roku TVs and Amazon Fire TV devices.