Vecima Networks claims to be the first out of the chute with a commercially ready node that's built upon the SCTE's recently released Generic Access Platform (GAP) standards.

Vecima said its first GAP node, called the EN9000, will be available for "select customer lab engagements" in the first half of 2022. The vendor didn't identify who's first in line, but it's a good bet that Charter Communications, the cable industry's primary champion of the GAP project, is at or near the front.

Vecima timed the announcement with this week's SCTE Cable-Tec Expo. The news also arrives several weeks after SCTE approved two GAP standards  one covering GAP node housings/enclosures, and the other focused on the interoperable power, compute and service modules that will snap into the GAP housings.

According to the specs, the GAP Base will contain the power supplies, RF amplifiers and connectivity to the box, while the GAP Lid will contain the digital elements and service modules, such as remote PHY and remote MACPHY devices, PON modules and, possibly, edge compute modules.

Vecima has been asked for images of its GAP handiwork. Below are illustrations for a GAP Base and GAP Lid, as shown in the SCTE standards. 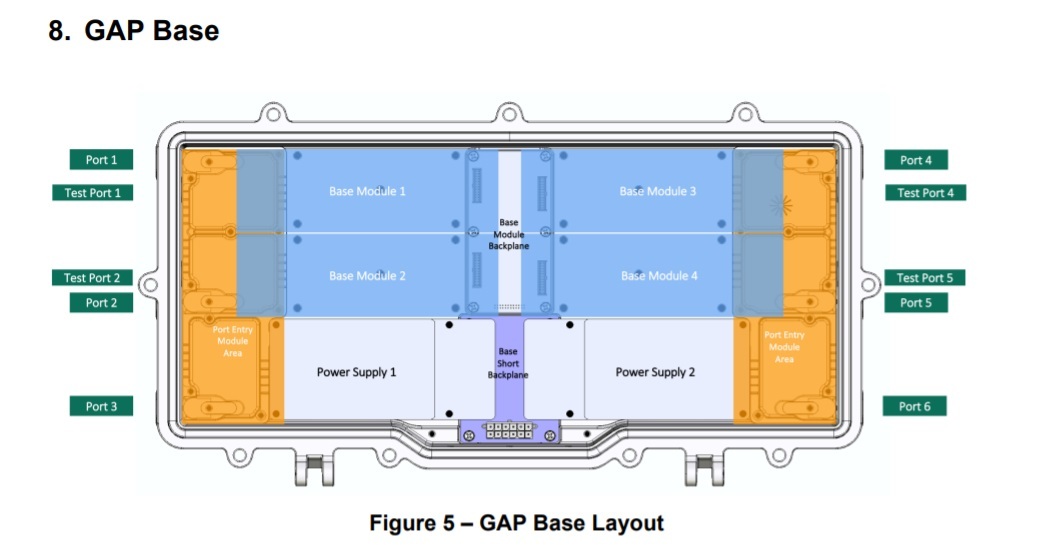 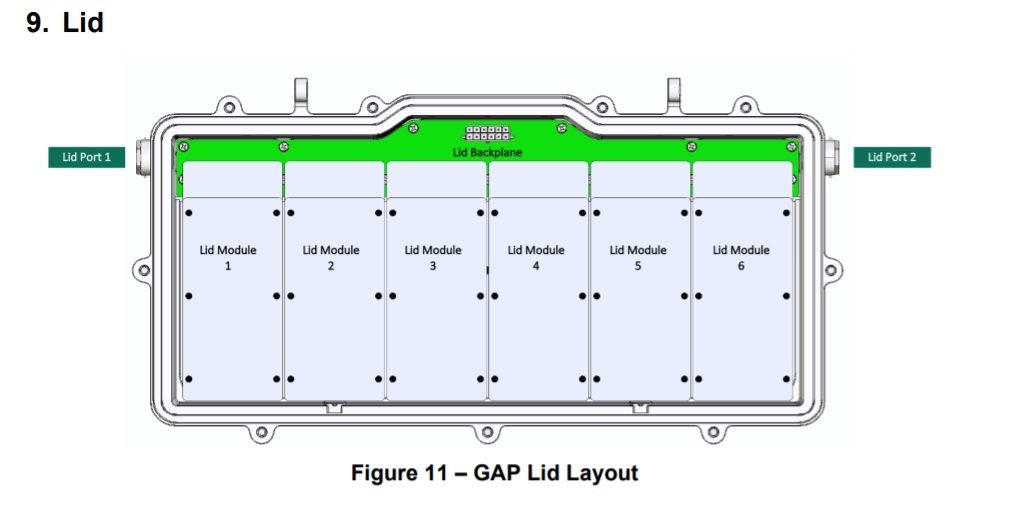 As a project initiated more than three years ago, GAP is partly focused on network and service convergence efforts that can be aided by interoperable nodes and modules for several types of access networks, including cable's hybrid fiber/coax (HFC) and DOCSIS networks, as well as PON and wireless/mobile networks. A broader aim is to help cable operators simplify their approach to a distributed access architecture (DAA) that will be supported by a massive number of nodes placing key functions toward the edges of the network. GAP also intends to spark much needed competition in a cable node market that's been dominated by proprietary products.

Vecima, already a supplier of more traditional cable network nodes, signaled its intent to become a major GAP player in February, when it signed a deal to acquire the intellectual property, including drawings and schematics, for a GAP node enclosure developed by ATX Networks.

In a recent interview, Vecima execs said the company would initially focus on GAP modules that support distributed access architectures for both DOCSIS and PON networks.

The company announced this week that the Entra EN9000 will start as a four-port Remote MACPHY-enabled cable access node capable of supporting DOCSIS 4.0 and future cable networks built out to 1.8GHz. The EN9000 can also deliver up to 40 Gbit/s down and 6 Gbit/s up when configured as a single, four-service-group DAA Cable Access node, the company said.

It's expected that other vendors will develop various service modules, including those for Wi-Fi, CBRS and possibly edge compute, that can snap into GAP node housings.

The first GAP standards are focused on the North American cable market, but can also be applied to strand-mount node housings used in Europe and other regions. SCTE has not announced specific plans to develop GAP standards for European-style pedestal housings, but has said the organization would be "eager" to coordinate such a project for European operators.