CommScope has joined what is expected to be a growing market for DOCSIS 3.1 gateways that take advantage of a relatively new low-latency feature specified by CableLabs that will carry over to the future DOCSIS 4.0 market. 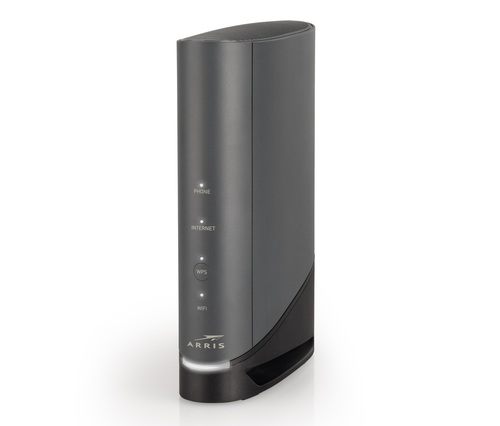 CommScope said the new device will improve network lag and the overall performance of delay-sensitive apps and services such as online gaming, video conferencing and augmented and virtual reality. The model is also made to support cable networks that have initiatied "mid-split" or "high-split" upgrades to beef up the amount of capacity dedicated to the upstream.

The company tells Light Reading that the new model will be solely sold directly to cable operators. CommScope has not announced any buyers by name, but several service providers have already selected the TG644x gateway, Ken Haase, CommScope's VP of product management, said in the company's announcement.

CommScope plans to showcase the new model at next month's all-virtual SCTE Cable-Tec Expo, and at the IBC 2021 Show in Amsterdam in early December.

CommScope has yet to announce when it might unleash a Low Latency DOCSIS model for the retail market.

The launch of the Touchstone TG644x arrives a few months after Minim, which sells modems, gateways and other CPE under the Motorola brand, became the first DOCSIS CPE supplier to secure CableLabs certification for a model that supports LLD. Expect many more to follow, as CableLabs announced earlier this year that all DOCSIS products that get the certification stamp in test wave 134 or later will also include the LLD feature set. DOCSIS CPE vendors that gained the CableLabs stamp for DOCSIS 3.1 in certification wave 134 included Arcadyan and Minim/Motorola.

CommScope's new device fits into a broader LLD product ecosystem/platform introduced in July that targets round-trip latency on DOCSIS networks in the range of 5 to 10 milliseconds. A portion of that ecosystem resides in new firmware for DOCSIS CPE and network equipment, along with a network management and analytics system and a subscriber-facing dashboard.

CommScope and other suppliers are gravitating to LLD as cable operators pursue premium-level broadband services that feature low-latency capabilities. Among examples is Cox Communications, which markets a product called Cox Elite Gamer that is bundled with its top shelf Wi-Fi/DOCSIS 3.1 router, or sold for an extra $6.99 per month to customers who own their own cable modem. RCN, Grande Communications, Wave Broadband and enTouch (a group of operators that are part of Astound Broadband) recently introduced a premium, gaming-optimized Wi-Fi 6 router from Netgear that can be paired with an app that improves ping times and prioritizes in-home network bandwidth.

The Low Latency DOCSIS specs were released in June 2019 as an annex to DOCSIS 3.1, and later became a core element of the newer DOCSIS 4.0 platform.

LLD works by separating small, delay-sensitive, non-queue-building traffic (such as key clicks for an online game) from the primary and much heavier queue-building traffic that, for example, might carry a video stream or a large file upload or download. LLD effectively makes a dynamic bandwidth split between the low-latency "express" lane and the primary "classic" lane that, together, still equal the total subscriber bandwidth.

"It creates a separate lane for delay-sensitive traffic," but does not alter the priority of any traffic, Kevin Wirick, VP of strategic business development for CommScope, explained in an earlier interview.

Wirick also likened the concept to a quiet car on a train. In that analogy, occupants of the low-latency quiet car are kept separate from the other travelers, but the overall capacity of the train stays the same, and they all still travel to the same destination.