Keeping pace with the speeds delivered by fiber-fueled competitors has never been more important to cable operators as the broadband game shifts to the symmetrical, multi-gigabit era. But it was also quite evident last week at the SCTE Cable-Tec Expo in Philadelphia that the industry is eager to broaden the story and give network and service reliability the same billing they give to baseline speeds and feeds.

Raw speeds will undoubtedly remain central to US cable's narrative as operators pursue various network upgrade paths, including enhancements to DOCSIS 3.1, a move to DOCSIS 4.0 or even fiber-to-the-premises (FTTP) in some circumstances. It's clear that for most customers, faster equals better. Plus, Google Fiber and other rivals continue to emphasize delivery of big, symmetrical gigs.

But customers are also beginning to expect more than just speed. During the show's opening session, Charlie Herrin, president of the technology, product, experience organization at Comcast Cable, noted that consumers expect a lot more from their service providers during a pandemic that has caused many to become ultra-reliant on broadband to work, learn and play. Comcast and the rest of the US cable industry kept 82 million homes connected amid a 32% surge in network traffic that occurred "virtually overnight," representing about two years of data growth being pulled forward, he said. 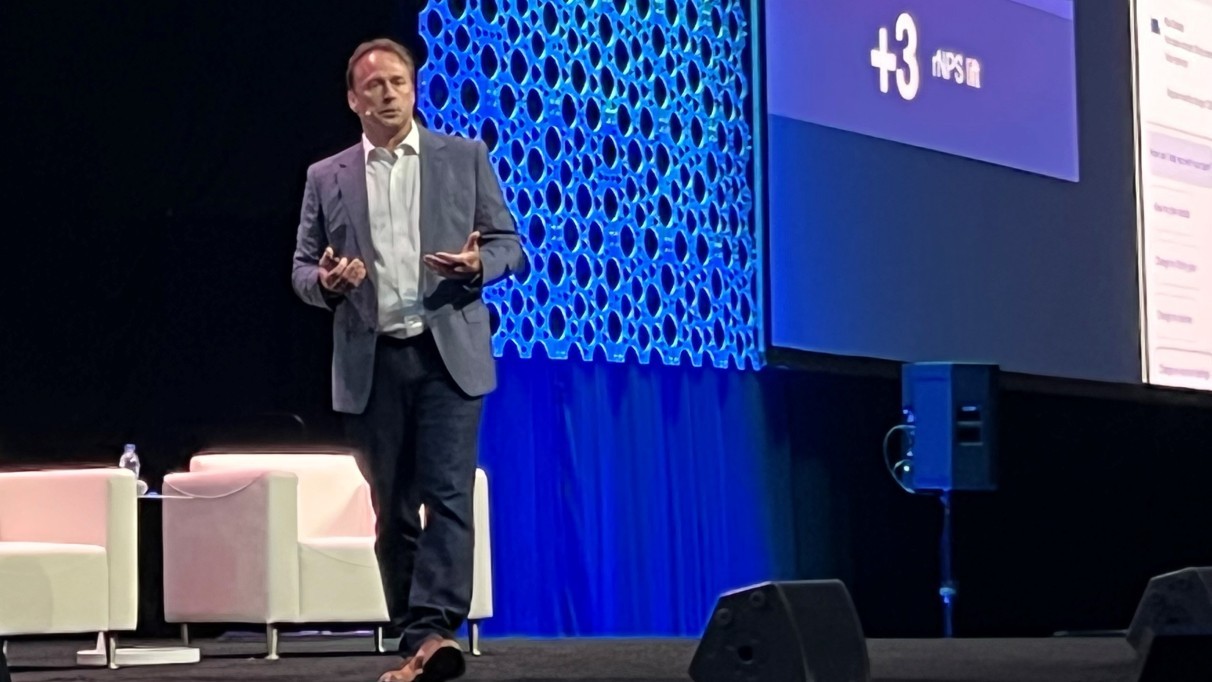 A focus on customer experience carried over to the tech leadership panel that followed, as execs noted that speed needs to be paired with other elements that will drive consumers' expectations, such as low latency and solid network performance.

"We're getting to the point where we're going to have excess capacity and customers' applications are going to care less about the peak bandwidth, which will be important at times, but actually more about how latency and jitter and how the home network performs," Justin Colwell, EVP of connectivity technology at Charter Communications, said. "A lot of what we're focused on from a development perspective is how we create a better in-home or small business network." 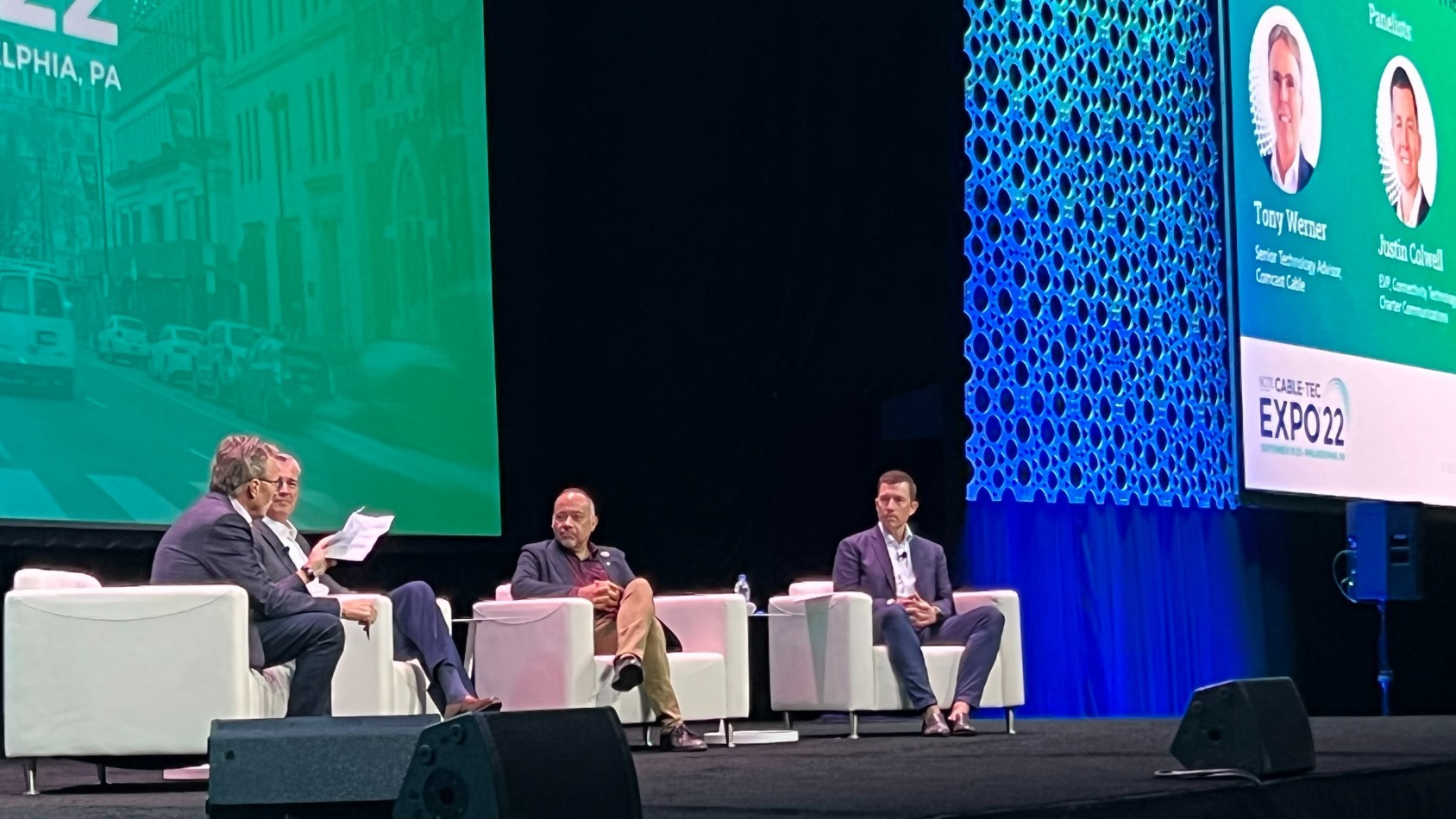 Liberty Global, like all broadband service operators, also saw data usage rise during the pandemic, particularly in the upstream.

"The sensitivity of the customer to anything from a user experience point of view, to us that's been the biggest change," Enrique Rodriguez, Liberty Global's EVP and CTO, said.

And while the access network held up, the pandemic exposed where Liberty Global needed to invest further, such as the home Wi-Fi experience.

"I don't see it as a new aspect of the network, but it certainly has driven us to change the way we think about what we're really selling to consumers," Rodriguez said. "The consumer expects great Wi-Fi all of the time."

Realizing that, Virgin Media O2 (a venture of Liberty Global and Telefónica) recently launched a "Wi-Fi Guarantee" program that promises minimum download speeds of 20 Mbit/s to every part of the home. If the minimum isn't met, customers get a credit of 100 British pounds (US$107.20).

"The Internet of things, or the Internet of junk, has creeped in," said Werner, who remains connected to Comcast while also assuming responsibilities at companies such as Plume. Speaking from personal experience, he noted that he's become increasingly reliant on in-home connectivity to handle a variety of home operations, from lights to managing the sprinkler system and using connected cameras for security.

"If you don't have a good home LAN for Wi-Fi, it's like putting bicycle tires on the back of a dragster," Colwell added, pointing out that the average Charter broadband customer has 15 devices connected over Wi-Fi.

"It shows you how important Wi-Fi is," Colwell said, noting that Charter is about ready to introduce new products that open up a third band of Wi-Fi  something Comcast has begun to do with its new Wi-Fi 6E-capable DOCSIS 3.1 gateway. "The home network is getting more complicated," he added.

That overall performance will come under more pressure as new apps that use lots of bandwidth and require lower latency continue to enter the mix. Len Barlik, EVP and CTO at Cox Communications, said he is convinced that the so-called metaverse "is going to be a reality."

Meeting the need for speed and much more

Rounding things out, a talk from Elad Nafshi, EVP and chief network officer at Comcast, about the operator's 10G network strategy largely focused on attributes other than sheer speed.

"Speed is still important," Nafshi said, noting that Comcast has already deployed more than 50,000 digital nodes across the operator's footprint and is rolling out about 1,000 per week as the company continues to distribute and virtualize the access network. "But to me, 10G is about a whole lot more than just running the speed test and showing how fast we can go." 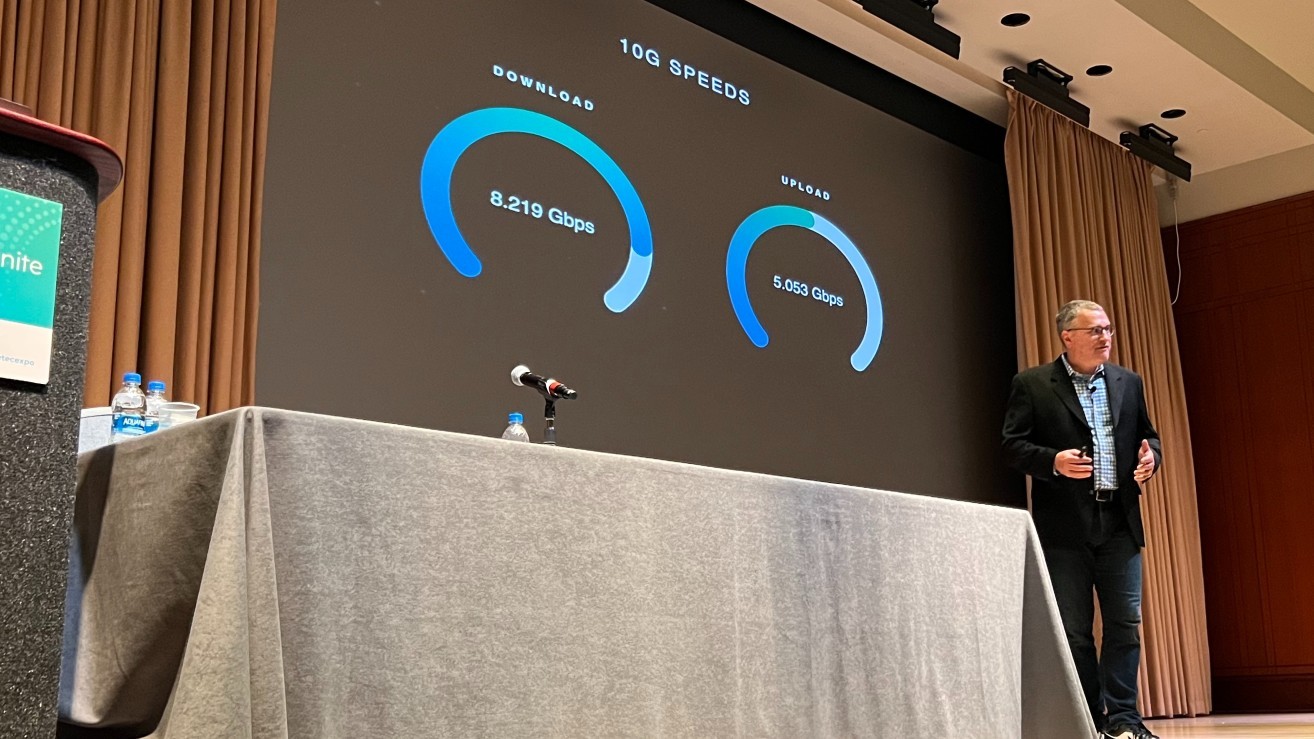 Virtualization and the move to a distributed access architecture (DAA) gives Comcast access to real-time visibility and telemetry across the network and the ability to improve customer experience, he said.

Comcast's new "Octave" platform tests about 4,000 different data points across more than 50 million devices every 20 seconds, giving the operator the ability to act on the data and make tweaks to modulations that optimize service at the household level.

That platform, Nafshi said, has enabled Comcast to generate a greater than 40% incremental bump in upstream capacity.

Meanwhile, Comcast's automated "XMF" monitoring platform is helping the company to quickly pinpoint cuts on the distribution fiber network. Instead of needing about 90 minutes to locate a cut (and maybe three hours total to get service restored), finding it now takes about two minutes.

"This is literally hours off of an outage that would have otherwise impacted the customers," Nafshi said.

XMF is initially focused on fiber, but he said the same telemetry and visibility can be extended to RF impairments as well.

Comcast won't get a 100% accurate view of the location of RF issues, but the new probability model will enable the operator to direct techs to the location on the network where the general issue is originating. "Armed with that information, they're able to go and dispatch that location, and at least have a starting point," Nafshi explained.

He also downplayed whether broadband service into the home travels over fiber or coax, as Comcast will be able to support both using its new distributed and virtualized architecture.

"The architecture that we're building  completely abstracts the wire from the equation of delivery," he said. "Do they [customers] care whether the wire has copper or glass in the middle? What difference does it make? They expect the services to work always, and they expect to get the entertainment experience they're paying for. That's what's important."

Editor's note: The story was updated to reflect that the 82 million homes that were kept connected and the surge in traffic resulting tied to the pandemic is a reference to the full US cable industry, not solely Comcast.