Boosting the capacity of the cable network to 1.8GHz is one possible choice cable operators have with DOCSIS 4.0, and it's that option that's been firmly planted on ATX Networks' roadmap.

The supplier expects to reveal more of the technical details this fall (possibly around the SCTE Cable-Tec Expo, set for October in Atlanta), but ATX anticipates that its 1.8GHz portfolio will consist of a new line extender, multi-port amplifiers and, possibly, a booster amplifier that some operators might use to get a grip on the higher power requirements linked to cable networks built out to 1.8GHz. 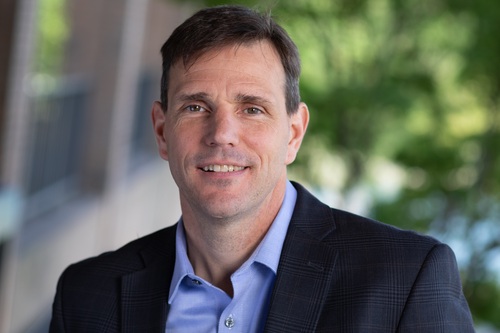 ATX Chief Technology and Strategy Officer Jay Lee said ATX is finalizing that roadmap amid ongoing conversations with components partners that are still finalizing their designs. Meanwhile, cable operators are still noodling on their next big capacity moves.

"On the MSO side, there's a lot of analysis they're working on in terms of not only what they're going to require RF-wise in their network, but powering, which is a big issue as well," says Lee, an industry vet who has been with ATX since 1998.

Powering up for 1.8GHz

One possible solution being contemplated is a booster amp that looks like a tap housing and can therefore be easily spliced into the coax network and not need to be mounted on a pedestal or require a permit for deployment. Also being contemplated are more powerful amps that can be dropped into existing amplifier locations, as well as a distributed gain architecture whereby booster amps are cascaded through the network.

There's an ongoing debate about 1.8GHz power requirements and which approach might be best under certain circumstances.

Lee said the distributed gain approach has some potential pitfalls that need to be sorted out. "The number of actives and active locations in a given node service area just blows right up and becomes, I think, troublesome from a technician troubleshooting standpoint."

He likewise believes that the use of booster amps, when used sparingly, can be more easily absorbed. Based on relatively recent cable operator analysis, MSOs might need to cut booster amps into a small portion of their network (perhaps sub-10%) in order to maintain RF signal levels and performance, Lee said.

Focused on the extended spectrum flavor of D4.0

ATX's focus on 1.8GHz technology ties into the Extended Spectrum DOCSIS (ESD) variation of DOCSIS 4.0. Occasionally referred to as the Frequency Division Duplex, or FDD, version of D4.0, the approach expands the spectrum ceiling to 1.8GHz while continuing to run upstream and downstream traffic in dedicated spectrum. Another option for DOCSIS 4.0, called Full Duplex DOCSIS (FDX), envisions a 1.2GHz network with an FDX band that allows both upstream and downstream traffic to occupy the same block of spectrum. Both approaches focus on adding speed and capacity to the upstream portion of the hybrid fiber/coax (HFC) network.

FDX, an approach largely championed by Comcast, originally called for a node+0 architecture whereby fiber is plunged deeper into the network to the point that no amplifiers are present between the node and the home.

The costs associated with N+0 have made FDX a non-starter for some operators, but work continues around an FDX Amplifier that could be applied to architectures with one, two or possibly more amps between the node and the home. Rather than housing key echo cancelation technology at the node that cleans up potential upstream interference, that technology would instead be baked into the FDX Amplifier.

An FDX Amplifier would be a heavier duty piece of equipment due in part to the digital domain signaling processing required for the echo cancellation piece. Among suppliers, Cisco Systems has written extensively about the ins and outs of such a product, but has since halted investment in FDX technology. Cisco also struck a deal last year that enabled ATX to effectively take over Cisco's amplifier business. Technetix appears to be pursuing the FDX Amplifier with its DNA-1800 amplifier, whose "flexi-split" technology supports both FDX and ESD.

Lee said ATX is fully aware of the FDX Amplifier initiative, but had no comment on whether such a product might enter the company's roadmap. But if such an initiative is successful, "the discussion might become more interesting and some MSOs may start to look back towards FDX," he allowed.

Amped up about new amplifiers

Back to ATX's 1.8GHz roadmap, Lee expects products to become available in a year to 18 months, with operator adoption ramping up within two to three years as DOCSIS 4.0 technology matures and operators work out justifications for rollouts. Operators also need to decide what their entry point is for 1.8GHz amplifiers  should they move ahead when they extend the upstream to 200MHz or hold out for a move to 396MHz, for instance.

Jeff Heynen, VP of broadband access and home networking at Dell'Oro Group, doesn't break out now the amplifier market will break out with respect to 1.2GHz or 1.8GHz, but expects deployment activity to accelerate in the coming years. 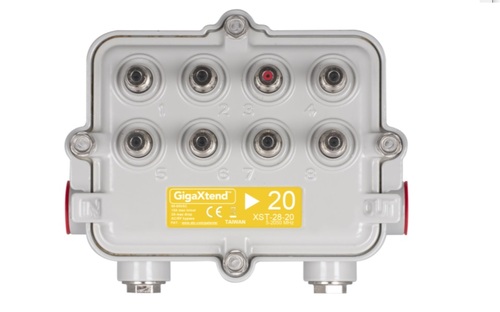 Ahead of the availability of 1.8GHz amplifier technology, suppliers such as ATX are advocating that operators start to seed their network with new taps and passives that will be needed for the jump to DOCSIS 4.0. Pictured is ATX's 2GHz GigaXtend Hardline MultiPort Tap.
(Image source: ATX Networks)

Heynen expects new annual amp deployments  from a global, replacement basis  to reach into the 600,000 range in 2022, then rise to the 650,000-per-year range in 2023. While the age of legacy amps is always a consideration in swaps, the major gating factor to the pace of those deployments is the labor required to execute the swap.

"This isn't like going into central office or headend and swapping out a CCAP [converged cable access platform] linecard," Heynen said, noting that this labor-facing aspect adds complexities to his cable amplifier forecast.

Meanwhile, ATX and other suppliers are advocating that operators start to "plumb" the network now with 1.8GHz-capable taps and passives in preparation for DOCSIS 4.0.

Among MSOs thinking they'll go to DOCSIS 4.0/1.8GHz, "every time they roll a truck to a tap or passive location they should just swap out the device and put in a 1.8," Lee said. "It's an absolute no-brainer from our point of view."

It's apparent that some operators are in agreement. ATX announced this week that a "major" North American cable operator has begun to deploy its GigaXtend XS Series 2GHz taps and passives as part of an outside plant upgrade strategy focused on a future transition to DOCSIS 4.0.